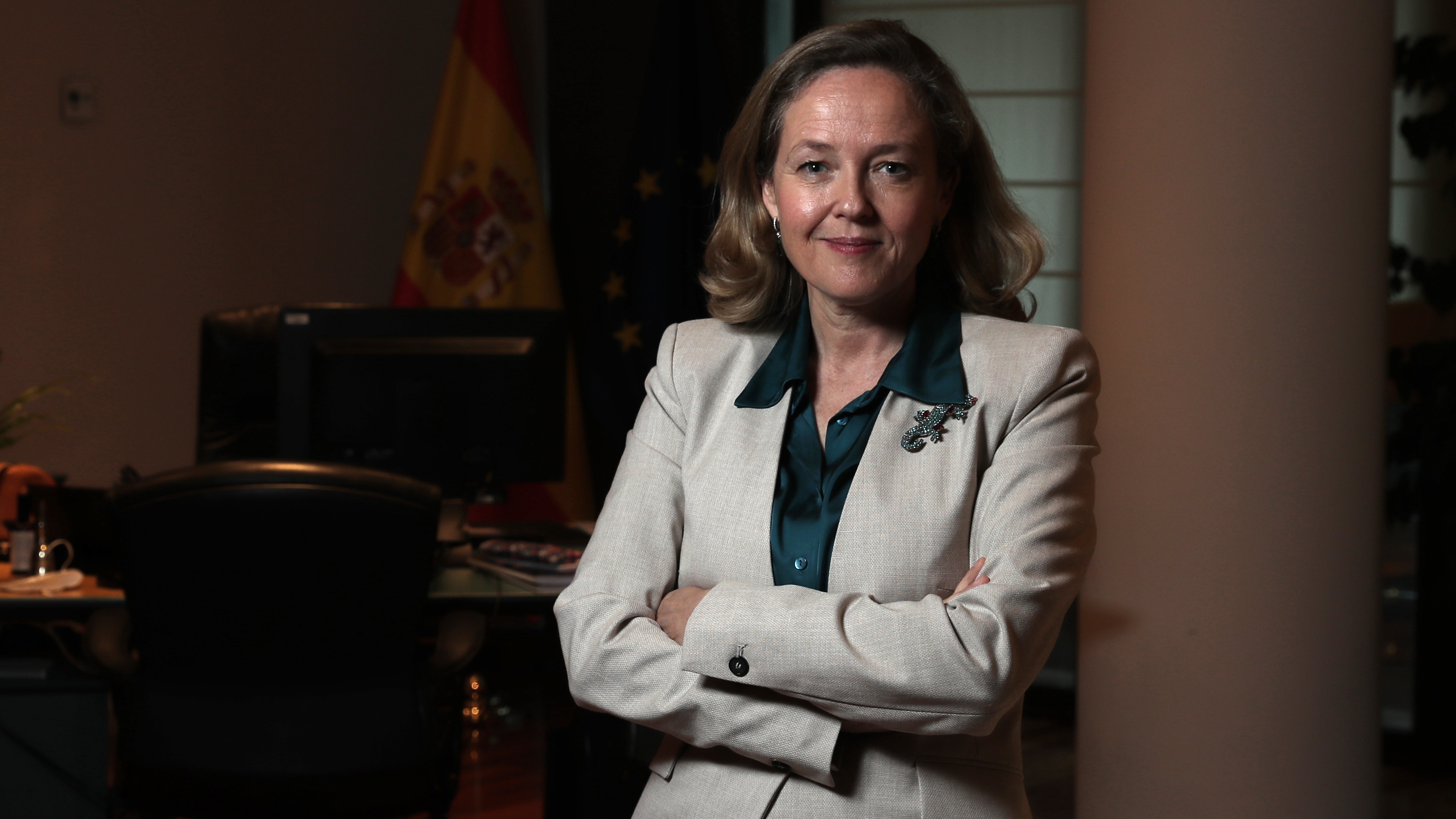 Pedro Sánchez precipitates the biggest change in the Government since he arrived in La Moncloa. The remodeling, which was taken for granted weeks ago, has accelerated in recent hours, according to Executive sources. Nadia Calviño will be the new first vice president, in a clear gesture that Sánchez focuses on economic recovery, and who held this position until now, Carmen Calvo, is leaving the Executive. Calviño will therefore be the number two of the Government, a gesture also within the coalition, since it is she that has had the clearest clashes with United We Can. The Executive remains with three vice-presidents: Yolanda Díaz will now be the second and Teresa Ribera, the third. Félix Bolaños, a man of absolute confidence in Sánchez, will be the head of the Ministry of the Presidency, Relations with the Courts and Democratic Memory, which Calvo wore. Bolaños was until now Secretary General of the Presidency.

There are more exits from the hard core of the Government and from Sánchez’s environment. Iván Redondo, a key figure in the president’s team, also leaves the Executive, and the new Chief of Cabinet will be Óscar López, a historical member of the PSOE and Sánchez’s first team, with whom he later faced in the primaries. And leaving the Executive José Luis Ábalos, secretary of organization of the PSOE and, like Calvo, member of the group of five leaders that has accompanied the president since he was dismissed as secretary general of the PSOE in 2015 and began the reconquest of internal power, which he achieved in the 2016 primaries. Three socialist mayors enter the Executive, one of them also belonging, like López, to the sector that bet against Sánchez in the primaries. The president is thus in some way making gestures to reconstruct the party.

Except for the rise of the independent Calviño, a clear gesture towards Brussels and the economic world, the entire remodeling distills a recovery of the weight of the PSOE, especially due to the departure of Redondo and the reinforcement of Bolaños, a very party man. Various sources agree that both had been estranged a lot lately. The departure of Redondo is a very profound change, because he designed the entire strategy of the president and even on occasions of the party and was the architect of the last two electoral campaigns, the successful one in Catalonia and the one that failed in Madrid.

Redondo had control of almost everything in La Moncloa, in conflict with Calvo, and now everything will be reorganized in the president’s team. Sánchez thus bets on the party for a difficult stage -Bolaños and López are black leg of the PSOE- and dispenses with the almighty Redondo, who has had multiple confrontations with socialist leaders and is an independent who worked for the PP, something very atypical in the bosses cabinet. Redondo’s departure was advanced by Cadena SER. The chief of staff had made many enemies in the PSOE and in the surroundings of Sánchez, but nobody expected a sudden dismissal like this in the middle of the legislature. The Madrid fiasco has undoubtedly weighed.

Also leaving the Government are the Minister of Foreign Affairs, European Union and Cooperation, Arancha González Laya, who had been suffering a clear wear and tear due to the crisis with Morocco, and the Minister of Justice, Juan Carlos Campo, who has just been the main protagonist of the pardons , which he wore in person. At the head of Foreign Affairs is José Manuel Albares, now ambassador in Paris and a trusted person of the president. Albares was already a strong aspirant to this ministry after being Sánchez’s Sherpa, but González Laya finally prevailed. The Transport portfolio, key in all governments due to its investment capacity, will be occupied by Raquel Sánchez, mayor of Gavá, and Justicia, the until now president of the Senate, Pilar Llop. The new president of the upper house will be Ander Gil.

In addition, the Minister of Science and Innovation, Pedro Duque, the Minister of Culture and Sports, José Manuel Rodríguez Uribes, and the Minister of Education, Isabel Celaá, leave the Executive. The until now Minister of Territorial Policy, Miquel Iceta, will be the new Minister of Culture, while Diana Morant, Mayor of Gandía, will be head of Science and Innovation, reports Ferran Bono. Isabel Rodríguez will be in charge of the ministry that Iceta occupied until now and will also be the new spokesperson for the Executive, a position that until now was held by the Minister of Finance, María Jesús Montero. The election of Rodríguez has a clear internal message of unity of the PSOE because she, like Óscar López, opted for Susana Díaz in 2016 although she came from supporting Sánchez before his dismissal. The Education portfolio will be occupied by Pilar Alegría, current delegate of the Government in Aragon. All the changes also confirm that everything in the PSOE and the Government revolves around Sánchez, who does and undoes without the need to negotiate with any territorial baron. This remodeling shows that no one is untouchable except the president, not even Redondo. The ministers of Defense, Margarita Robles, Interior, Fernando Grande Marlaska, Industry and Commerce, Reyes Maroto, and Inclusion, Social Security and Immigration, José Luis Escrivá, remain in their positions, according to Executive sources.

The remodel thus comes ahead of schedule. But there will only be changes in the socialist part of the Government, because the five ministries of United We Can remain as they are. At first it was thought that there would be a significant reduction in the number of portfolios, which are 23, one of the largest governments of democracy, but this generated tensions in United We Can because it meant losing some of its five positions and forced to rebuild the balances internal and to renegotiate powers with the PSOE, something not easy.

Finally, Sánchez has chosen to leave the quota and powers of his partners intact, which will also keep his five ministers without changing, for the moment, any name. Sánchez has already reported the movements to Vice President Yolanda Díaz, head of United We Can in the Government, and the agreement is to maintain that quota. However, in the socialist sector a real revolution is expected with a very profound change and the departure of heavy weights. Sánchez also has important changes on the horizon in the PSOE, which holds a congress in October. The combination of both remodels will leave the board much changed for the second stage of the legislature.

It will be a “more political” government, with many new faces and with the departure of important ministers, which will serve to face the second part of the mandate with more force and, above all, to turn around the polls, than since the overwhelming victory of Isabel Díaz Ayuso in Madrid they give the PP as the first party and, even, point out the possibility that it will have an absolute majority with Vox, something that would be the end of the coalition. Sánchez and his team are convinced that in the two and a half years until the elections they can turn around those polls and win again, especially thanks to the economic recovery, which is expected to be intense. However, they believe that for that they need revulsives and a new, more political tone and without burned ministers. That is why this movement is made, according to these sources. Sánchez is expected to attend this Saturday to inform the King of the changes and then appear in La Moncloa to announce them to the media.

Sánchez has played the distraction with the press in recent days, insisting that this government crisis was not “a priority” when it was already being forged, although it has been precipitated in the last hours. On Wednesday, the president canceled his participation in a match ceremony for this Saturday and decided that José Luis Ábalos would replace him. Before the announcement of the change of Government, the act has finally been suspended.

Thus begins a new stage in which the coalition will reinforce the progressive agenda and will put all the meat on the grill to reconnect with its electorate and face the next elections with guarantees. Sánchez wants to exhaust the deadlines and is thinking of convening them at the end of 2023 or even the beginning of 2024, when the semester of the Spanish presidency of the European Union has already concluded.