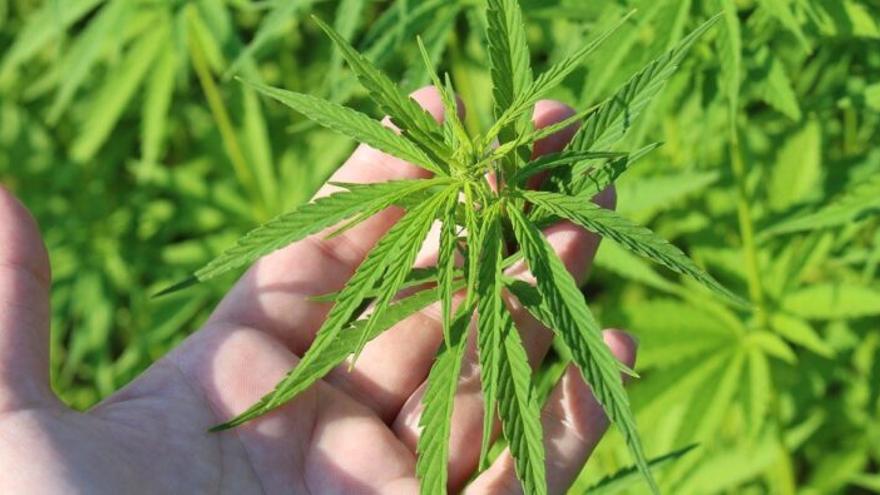 The increase in the use of cannabis and its derivatives, such as marijuana or hashish, and the proliferation of its cultivation in recent years, is increasing the number of allergic reactions to this opiate in allergy consultations. In addition, allergy to cannabis does not only occur among regular users of […]Read more…

The increase in the consumption of cannabis and its derivatives, such as marijuana or hashish, and the proliferation of its cultivation In recent years, it has increased the number of allergic reactions to this opiate in allergy clinics.

In addition, allergy to cannabis occurs not only among regular users of this substance, but also in patients who have never tried this substance.

According to the data provided by the Spanish Society of Allergology and Clinical Immunology, the one 8.1% of patients who come to the consultation for allergic reasons present sensitization to cannabis, especially men and younger patients. Among cannabis users, the percentage of patients sensitive to this substance rises to 14.6%.

It may interest you: The new threat of the coronavirus is Brazilian, it is called P.1 and it is very worrying

Cannabis allergy symptoms depend on the way it is consumed the narcotic (inhaled, ingested, smoked …) although they are similar to those produced by any other allergenic substance. The reaction to marijuana pollen is practically the same as olive pollen: runny nose, sneezing, tearing …

The Aerobiology committee of the Spanish Allergology Society has come to detect in Andalusia specific increases in pollen levels in this community, pollens that are carried by the winds of the Sahara through the Strait of Gibraltar.

“When a person allergic to cannabis inhales it, it can cause respiratory involvement with episodes of rhinoconjunctivitis and / or bronchial asthma”, Explains the doctor García Abujeta, specialist in Allergology at the Marina Baixa Hospital in Alicante.

But not only inhaling the pollen can cause allergies. Touching a marijuana plant or any product derived from it can cause hives or contact dermatitis. And this does not occur only among consumers since “it can also affect related professionals such as police, forensics, or microbiologists where the seized substance is analyzed”, García Abujeta details.

In addition, the consumption of cannabis-based products (sweets, drinks, lollipops …) can lead to intestinal problems and even anaphylactic reactions.

It may interest you: It starts to rain and you already have snot, itchy eyes … Is there an allergy to humidity?

Regarding the treatment that is applied to people allergic to cannabis after suffering anaphylactic shock, specialists affirm that they follow the same protocol than if it were an allergic reaction as a result of a traditional allergen.

“The only thing different would be the recommendation to patients about quitting their consumption in order to avoid new episodes of greater intensity and even risk of death in case of anaphylaxis ”, warned the allergist.

Initially, when it was discovered that cannabis could also cause allergic reactions, rub tests with hashish or marijuana on the skin of patients.

Later, the prick-prick technique, which consisted of “puncturing the marijuana leaves and then the same needle was inserted into the skin of the patient who was suspected of having an allergy to that substance.”

Fortunately, things have evolved and “we currently have marijuana extracts for sensitivity studies to this component, although they are not used routinely in patients who visit the consultation ”, details the allergy specialist.

Also in a laboratory, sensitization to marijuana can be detected through specific immunoglobulin tests (IgE) that value marijuana or any of its proteins considered allergenic as such.

The best known and most widely analyzed cannabis protein is a lipid transporter protein (LTP).

Although the doctor García Abujeta clarifies that “its presence does not always indicate the existence of an allergy to marijuana, but there is sensitization to this protein that is common to other non-specific lipid-transporting proteins found in other plant foods such as fruits (peaches, bananas, kiwis …), nuts (peanuts, hazelnuts …), cereals (wheat), latex or tobacco ”, concluded the doctor.