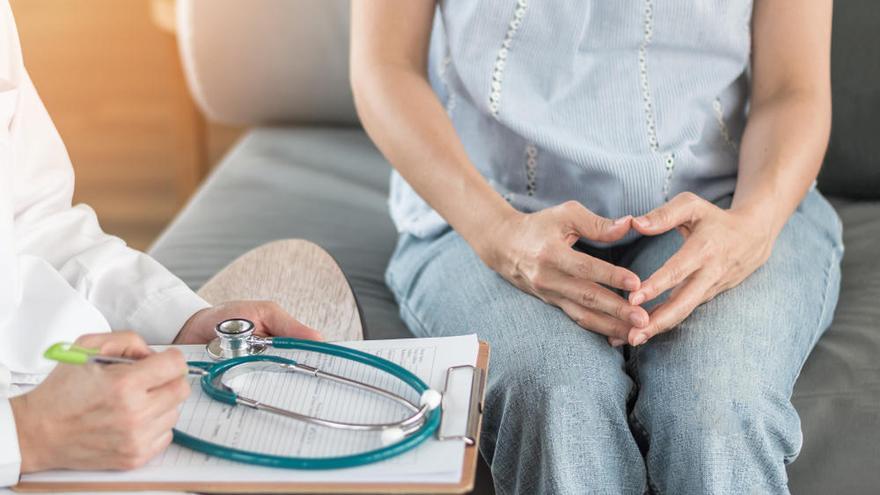 Cancer equals tumor maligno. This word is used in Latin for crab, because when a malignant tumor invades an organ, it is destroyed and then it is as if the lesion were the legs of that animal. It is the third most common cause of death from disease in the Western world. All organs can be the seat of the disease. Is disease It arises, it does, because a cell is damaged and begins to divide uncontrollably. So, even if we talk about cancer for example. breast, or lung, there can be many different types of cancer in these organs because they have very different cells.

Why does a cell start dividing in a crazy way?

We must know that we all come from a single cell, which will divide millions of times, while differentiating itself and that will give rise to the different organs or tissues, first from the embryo, then the fetus, later the newborn, then the young. , etc. But there are many mechanisms that regulate the control of cell divisions. No one is fifteen meters tall, no one has 40 cm eyes, nor are they located in the armpit. The healthy organism has mechanisms that regulate everything; the problem arises when the control mechanisms are disturbed.

Sometimes the disorder is in the cell itself, in the genes that carry their chromosomes, located in the central part or nucleus; its alteration favors the genesis of the tumor. This is why we sometimes find that in a particular family there are many people with certain tumors. We can inherit genes that are damaged or that favor the appearance of tumors.

Other times it is toxic substances that produce them. You must have heard how tobacco causes many cancers, including lung cancer. By burning tobacco and inhaling the smoke we inhale them, which favors this transformation; But not only in the cells of the bronchi, which is where most of the tumors we call lung are located, but also in the cells of the lip, tongue or larynx, and cancer can arise in all of them. These toxins are substances that can damage that part of the cell and help the tumor to appear.

Cancer can also arise from the effect of ionizing radiation. Waste from atomic or nuclear power plants is very harmful, and in hospitals the services that handle isotopes observe regulated conditions of isolation.

You should know that since a cell begins its uncontrolled division, until we can appreciate the existence of the tumor, for example. because a lump appears palpable to the touch, or a spot on X-ray it can take more than seven years. It is the time it takes that cell that measures seven thousandths of a millimeter, to originate that injury that measures for example. one centimeter, and that is when we can detect it.

Besides taking up space, cancer damages the organ where it sits, and it works badly. It is another feature that allows the doctor to suspect its presence. Sometimes tumor cells consume a lot of energy, which we have from the food we eat to be alive, this helps the subject to lose weight, lose weight. It is a manifestation, although not very specific, that it can put us on notice that our body harbors cancer. We call tumor or neoplastic syndrome to a set of manifestations that anyone can appreciate, the signs; eg. notice the lump, and also subjective manifestations, symptoms, such as feeling tired.

Much progress has been made in treating malignant tumors. Drugs (chemotherapy), remove them by surgery, or use radiation to destroy you (radiotherapy).

But the world of tumors is so peculiar that one of its cells in an organ, for example. one lung can produce hormones from another, eg. thyroid; This is what is called neoplastic syndrome and the injury is expressed as if the damage was in the thyroid.

Who is dedicated to studying and treating them?

The doctors who are dedicated to these diseases are oncologists, but to decide the best decision in a specific case, all those involved in a tumor committee usually meet. It is made up of doctors, surgeons, radiation therapists or other experts. Once the best therapy has been applied, it will be advisable to periodically reevaluate the patient.

The sooner they are recognized and diagnosed, the greater the chances of a cure. In general, the tumor of each patient is classified by stages, from 0, or localized to extended IV. They can affect all organs of the body, and when they spread they sometimes do so by predetermined pathways, which doctors scrutinize for that spread. Many climb a neighboring lymph node; it is what we call the sentinel node; other times they extend to the liver or lung, but they can go to the bones, or the peritoneum, a serous structure that we have in the abdominal cavity. Sometimes they descend through ducts of the body or even cells from the stomach can be deposited because they sediment on the organs of the pelvis.

Let’s not forget that after being considered cured, some may reappear, and as the neoplastic cell is very small it can be difficult to detect. In most cases, their failure to do so within the next five years is a strong argument to assume that they have been cured, but some such as breast cancer or melanoma can do so even longer afterward.

How do we treat them?

Effective therapeutics are started without stopping; I would not be surprised if the word cancer soon disappeared from the list of human diseases. For example, immunotherapy, or hormone therapy. In this case, action is taken by changing the response of the subject so that its own immune system blocks it or by giving it hormones that decrease the division of tumor cells, if they have receptors for hormones to act on them; It would be like helping a key to lock the door if the cell has the right lock for the key to act, close it.

How many tumors affect us in Spain and what are their types?

Their number has been growing since 2013; 275,562 Spaniards suffer them and their number is greater in men than in women; in them the most frequent is the breast, in them the prostate; then they follow all of the colon. When women did not smoke they did not suffer from lung cancer, now it is present in them.

It is estimated that from 2030 a Spaniard will die of cancer every 3.8 minutes. But it is also estimated that scientific advances increase in Spain 1% the cancers cured each year. Healthcare for treating cancer is high; it would be important to invest in research; Spain does not do so, it is well below the average of what other European countries invest.

Castilla León and Asturias are the communities that suffer the most.

Its incidence is low among young people, it shoots up after the age of 60, and the older the age, the more men are affected. Eg. From the age of 80, one in every 3 women has the possibility of suffering from it, and one in every 2 men, that is, 33% compared to 50%.

Sometimes tumors affect blood cells, they are liquid tumors, which we call leukemias, other times lymphatic tissues, and we call them lymphomas.

In children and young people, those of the nervous system are more present, for example, medulloblastoma, or retinoblastoma, and also myeloblastic leukemias, that is, immature leukocytes, and Wilms tumors or nephroblastomas, which arise in a kidney. Maintaining healthy life habits would avoid many malignant tumors. This implies eating a healthy diet, rich in fish, fruits and vegetables, avoiding red meat and processed foods such as for example. hot dogs, avoid overexposure to the sun, regularly practice physical exercise, avoid overweight and obesity, avoid toxic, for example. do not smoke or be a passive smoker, that is, being in environments with smokers and drinking only a little alcohol. Along with getting all the health checks that doctors advise us.