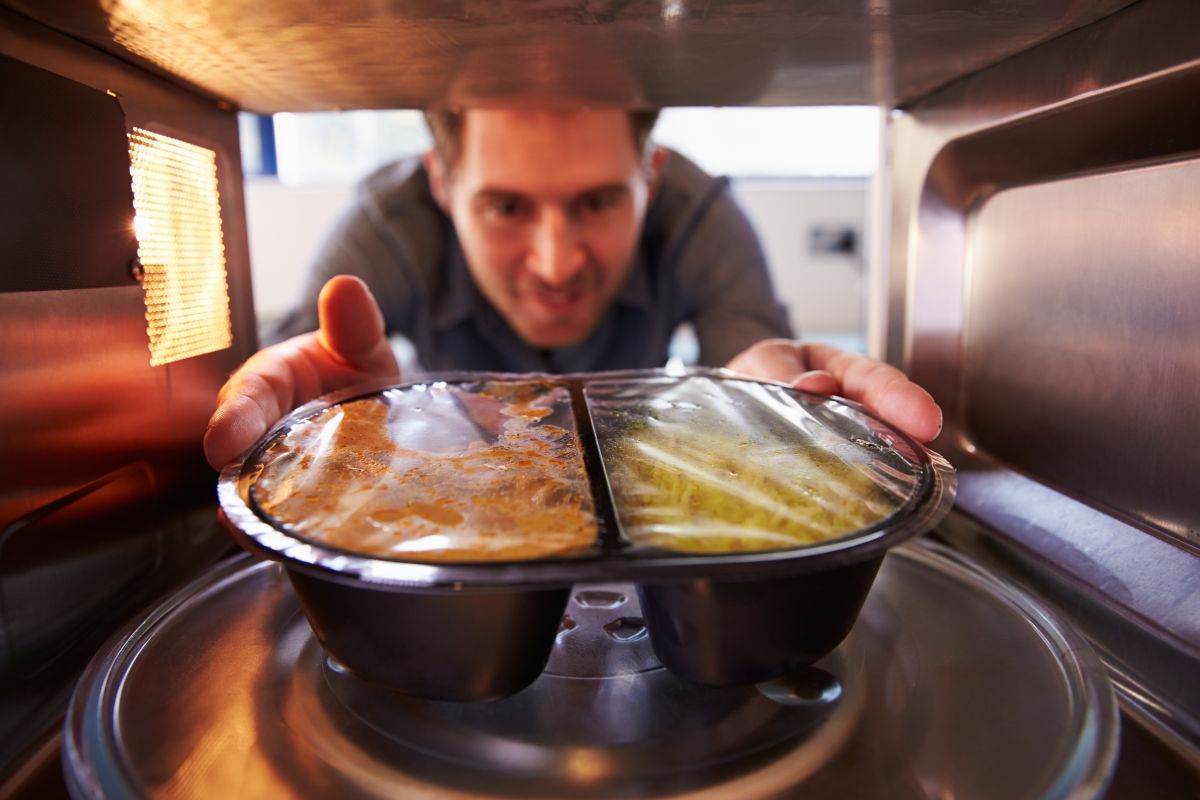 There are many worrisome aspects about the food industry and how it has evolved. The truth is that things have changed a lot: in the 50’s, most vendors used to package food with natural elements such as banana leaves, corn husks and waakye leaves (dried sorghum). It was also common to use clean cement paper bags and reusable aluminum containers (also known as food jars). Currently, urbanization and modernization have introduced synthetic rubber and plastic containers, which have taken on an important role for the food industry as they are considered the cheapest and most practical food packaging material The worrying thing? Normally we do not usually stop to think about the secondary effects of this type of material on health. In fact, these toxic chemicals that leach into food from various plastic packaging have been shown to: increase the risk of long-term cancer.

The explanation is quite simple: When hot food comes into contact with these plastic, polyethylene and synthetic rubber containers, the toxic compounds in these containers seep into the food. Therefore when these packaging materials are irradiated together with the food, the toxic substances are transferred to the food. It is appropriate to mention that of the 80,000 chemicals that are produced and used in the United States for food packagingCurrently the Environmental Protection Agency has only required tests on 200. Data that undoubtedly invite us to learn more about the effects of these materials that are in real direct contact with many of the foods we consume every day.

The first and most important thing is to understand about Harmful chemicals contained in plastic. The first worrying aspect is its content in phthalates, which are a family of chemical compounds that are used to soften plastic. The second is its content of bisphenol A (BPA), which is used to make very hard and shatterproof plastic (it usually has the number 7 on the bottom of the packages). The latter substance is quite popular in the coating of canned foods and beverages. Now when these two substances (phthalates and BPA) enter the body, affect estrogen or testosterone. In fact, there are studies in which it has been proven that together with other substances, they are part of the main endocrine disruptors. That is, they act like hormones in the body and affect the production of natural hormones), they are also associated with cancer, problems in the reproductive organs and several other health problems. Not surprisingly, there is currently a law that prohibits the use of six types of phthalates in children’s products. In addition, the FDA is studying BPA to determine whether it should be banned from baby bottles and the lining of food and beverage cans.

These types of findings have led to much questioning about the harmful substances contained in plastic wrap, in a normal way it has been found that they do not usually contain BPA or phthalates. However, there are some references in which it has been proven that in some cases, they may contain low levels. Plastic wrap in the United States is made of polyvinyl chloride or PVC and contains a “plasticizer” called di (2-ethylhexyl) adipateor DEHA, this substance is not as such a phthalate, but chemically it is very similar. Based on this, there are somewhat old studies that were done in the 1990s showing that DEHA can cause liver tumors in mice, and other studies showed that DEHA migrates from plastic wrap to food, particularly high-fat products like cheese.

Another reference of interest are the findings of a study led by Consumers Union in 1998. In which different foods wrapped in this type of plastic and found DEHA levels higher than recommended and even allowed by advisory committees and regulatory agencies. The truth is that to date, the FDA has not set a limit on the amount of safe DEHA in food because there is insufficient data on its effects on human health. It’s also important to mention that no government body has classified it as a cancer-causing chemical.

It is normal for people who do not usually consume canned food or drink soda, wonder if there are other ways in which chemicals found in plastic could get into food. And yes there are: First of all there are many everyday foods that are sold in plastic containers and on the other hand most of us keep the leftovers in storage containers made of plastic, there are famous brands such as Tupperware and Rubbermaid. While none of these containers appear to be made with phthalates, some may have BPA, for example: Tupperware says that 10% of its products contain BPA, but does not list which ones. Hard plastics have also been shown to release traces of the chemicals they are made from in food. This is more likely to happen when the plastic has become hot or when it is old and has been subjected to repeated use or washing. (as the use of we usually give these containers at home).

Although there is much research work to be done, without a doubt these studies come to invite the millionaire food industry to explore other sources of food packaging, especially those that come in direct contact with food. Finally, it is never too late to take care of our health and focus on making small changes that help us live better.