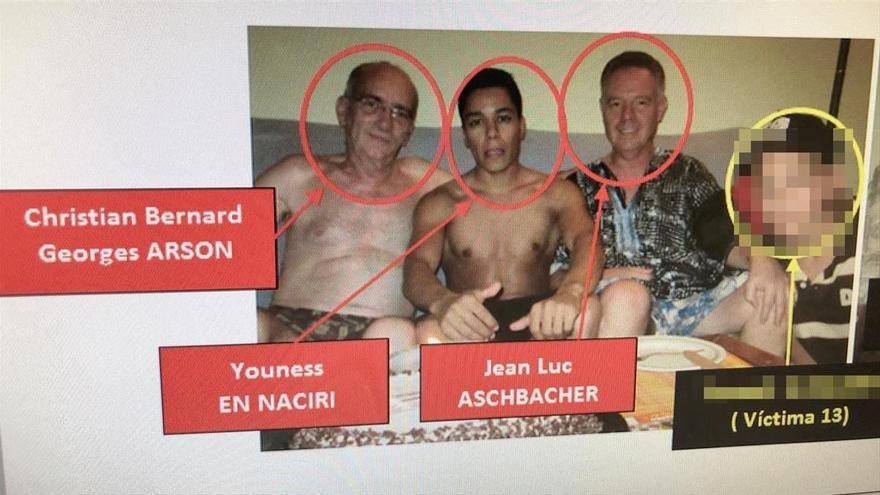 The judgment of caso Trinity was held at the end of 2019 against the four members of the network who did not escape. The two producers and Youness attended the first sessions and when they saw that the allegations that presented their defenses were not accepted, and that the prosecutor Farrero requested for each of them more than 100 years in prison, they fled. “Of course we were very angry that they escaped,” explains Cabanes, who had participated in the investigation because some of the victims were children tutored by the Generalitat.

The flight did not make the Mossos or the prosecutor Farrero better, who conspired to find them. Corporal David, the same one who had conducted the investigation of the Trinity case, baptized this second operation to find them as’Nemesis‘, the goddess of revenge. Or from divine justice. “What we saw was that the Aschbacher and Arson phones went boiling during the first sessions of the trial and, just before they evaporated, the activity stopped,” explains the policeman. Some of the calls had been made to Colombia and it was tried to find out, without luck, if they had hidden in that South American country. The best clue, however, was provided by one of Aschbacher’s email accounts, which connected from an IP located in the area of Toulon, south of France, near Marsella. That information Corporal David gave to the National Gendarmerie through the Interpol. “We couldn’t get any further and we were afraid we wouldn’t find them anymore.”

In May 2021, almost a year later, they learned it was a wrong fear. France reported that they had been located and detained both in the town of Sieis Forns lei Plaias, right where Operation ‘Nemesis’ had targeted. Aschbacher and Arson have been extradited and are already locked up in a Catalan prison.

Also in May, the Supreme Court ruled on the initial sentence handed down by the Tarragona Court against the four pedophiles who did not flee and could be tried: The conviction of Jose Cardona went from 55 years to 132 years, that of Fernando Aguilera placeholder image (former Ertzaintza agent), from 22 to 59, that of Martin R. Chanzá, from 11 to 20 and that of Miguel Aviles, stayed at 43 years. “The Supreme Court set a precedent by establishing when, in the matter of child pornography, it should be considered that there is a continuing crime,” explains Farrero, underlining the value of a broad resolution that also describes and takes into account “the degree of emotional destruction and damage to their maturation “that these predators caused more than a hundred minors, some under 13 years old, whom they captured for 10 euros to get them drunk and film how they were sexually abused.

The escape of Aschbacher and Arson will now force to repeat the trial soon to be able to dictate sentence against the producers. The prosecutor will reiterate her request for more than one hundred years and will try to make it unnecessary for the victims to testify again. Both Farrero and Corporal David y Cabanes wanted this ending. “It was very angry that they were on the run. The victims deserved this capture, knowing that they could no longer harm them,” says the current director of the DGAIA.