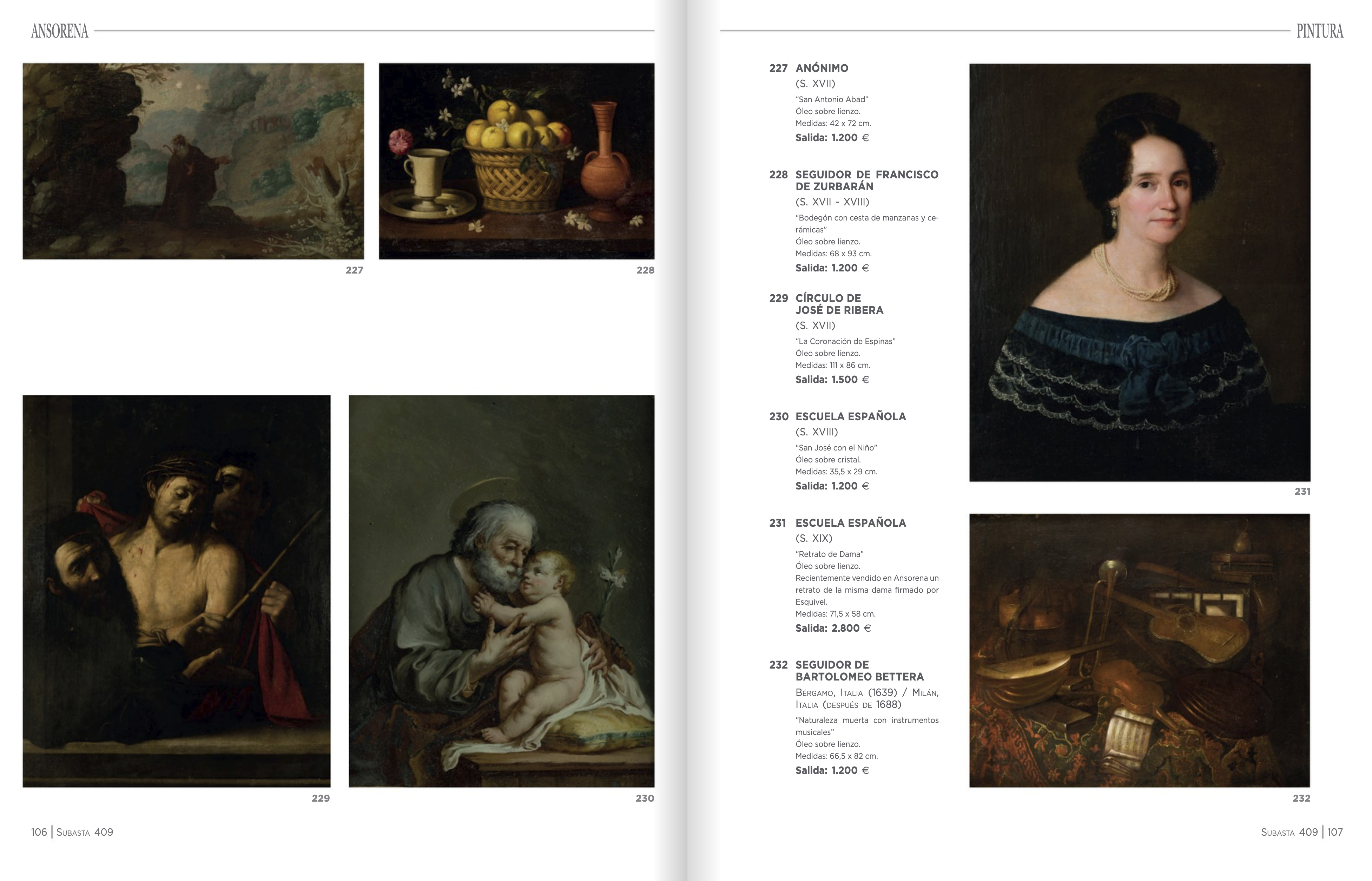 One of the main antiquarian firms in the international market, Robilant + Voena, He moved one of his partners to Madrid to acquire the supposed caravaggio which was going to be auctioned last Thursday by Casa Ansorena. The painting, which started at 1,500 euros, was attributed to the Ribera circle in the catalog, but in the art world there was a rumor that it was the work of the Italian Baroque painter. Robilant + Voena’s interest led them to partner with another Italian collector, Fabrizio Moretti, in order to make a powerful financial offer. In a telephone conversation with EL PAÍS, Edmondo di Robilant, one of the firm’s owners, refuses to specify the amount they were willing to pay, although he acknowledges that they made “an offer for public auction or outside the auction.” A source familiar with this process states that they were willing to raise the bid to 20 million pounds (more than 23 million euros). According to the calculations of this source, the piece, once transferred to London, could have been sold for a price “around 100 million pounds sterling (more than 115 million euros)”. That is, 80 million euros of profit.

According to Di Robilant’s account, his partner Marco Voena traveled to Madrid to participate in the auction this week after one of his company’s experts told him that he had found a very special painting in the catalog of an auction house of Spain. “Every week we analyze hundreds of auction catalogs from around the world, we have a presence in different markets”, explains Robilant. In this case, Voena knew “immediately that it was an important work. Of course it is difficult to be absolutely certain without seeing it, but he did have a feeling, an impression that it was a high quality piece, “says his partner, who assures that Voena recognized” the hand of the painter, Caravaggio. “

From that moment on, his goal was to get to Madrid to see the work and make an offer for it. When it landed in the Spanish capital, the Ministry of Culture, thanks to the intervention of the Prado Museum, had already declared the work inexportable and Ansorena had removed it from its exhibition hall. Faced with the doubts generated about its authorship, Culture acted quickly to prevent its sale and departure from the country. Voena, who had traveled from Italy, spoke to the auction house to allow her to see the painting even if it was no longer on display. “There was a complicated situation, at first I didn’t know if they were going to show it to him, but finally they showed it to him,” says Robilant.

In front of the piece, Voena assures that he confirmed that it was a caravaggio, despite the poor state of conservation of the work. “There can always be a little doubt when the surface of the painting is so dirty. But we are used to seeing through centuries of layers of dirt and understanding what happens underneath, ”says Robilant.

It is Behold the man, that had been exhibited since March 18 in Ansorena, has caused a majority agreement among collectors, historians and specialists regarding its authorship. Although the auction house attributed the work to Ribera’s circle, the experts who saw the piece in person or in photography agree that they had a more emotional than intellectual reaction, which allowed them to recognize almost immediately that they were in front of a caravaggio.

On his trip to Madrid, Voena coincided with Maria Cristina Terzaghi, one of the greatest experts on the Milanese artist, and who has become a sort of spokesperson for experts from the art world who agree that the work was signed by Caravaggio and not someone from Ribera’s circle. The professor from the University of Rome arrived in Spain after receiving a call from a collector and the Prado Museum, she told EL PAÍS. But before landing in Madrid, he already had the backing and had the consensus of a large part of his Italian colleagues.

Stefano Causa, professor of the History of Modern Art in Naples, was one of the first to send Terzaghi the image of the Behold the man by WhatsApp, and he was already convinced that it was a caravaggioBut I wanted your opinion. “I haven’t seen a painting of this beauty in 20 or 30 years. Recently many paintings have been attributed to Caravaggio, but, in my opinion, none has the force of this one ”, how much by phone. His conviction is such that he does not hesitate to affirm that it is the “most beautiful and important discovery in the history of art of the last three decades”.

Terzaghi, on a rostrum in the Italian newspaper The Republic titled Of course it’s Caravaggio, exemplifies this unanimity with a musical metaphor, citing Tomás Luis de Victoria, the composer who invented polychorality [varios coros que cantan en distintos lugares de la iglesia de manera simultánea]. A Spanish conservative, who prefers not to give his name, agrees on the correctness of the image: “The euphoria surrounding this work is the merit of many voices that have joined the analysis and evaluation at the same time. Maria Cristina is not only one of Caravaggio’s main specialists, she is also a highly respected and loved person in the sector, which is why she has emerged as a spokesperson. It has the support, affection and scientific recognition of those of us in this field of study ”.

With the sale of the painting blocked, the next step depends on the Community of Madrid, the Administration responsible for classifying the piece as an Asset of Cultural Interest, a category that would allow the process of verifying its authorship to begin. This will be done by who the owners decide. It can be a state body or a private one. If the family decides to sell the work once it is verified, a process that can take years, the State would have a preferential right to purchase the piece.