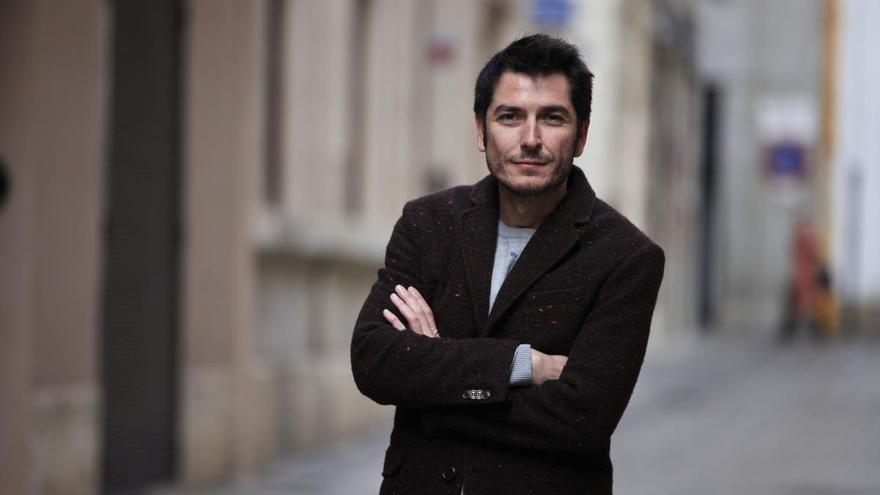 Carlos of Love (Murcia, 1974) It is that dissonant voice that sometimes catches us during the cultural minutes of the Spanish Television Newscast. It is just a few seconds in which the present becomes poetry without necessarily resorting to verse; small pieces spoken from lyricism but far from pretentiousness, very close to the street, to the average viewer. And that is not easy. He is also a writer, and now presents’Get excited. The double life of paintings’, Espasa 2020 Prize. In it, the passionate journalist stops before more than thirty paintings that range from 1573, with The seasons, by the mannerist Giuseppe Arcimboldo, to 1994, the year in which the North American hyper-realist Charles Bell painted Triple swirl fate to black. The result? A kind of novelistic essay that is “an invitation to art” for those who come to these pages.

-The first thing that stands out is, of course, the list of works. I imagine it must have been difficult for you to select only 35 works, right? How did you do it? Have you followed any specific criteria?

-Well, not much … In the end, the criterion was simply to choose pictures or stories that I knew, that I knew were good stories or that had something beautiful, bizarre or movie behind them. I would say that these have been the main requirements that I have demanded of the works of Emocionarte. It has been a matter of pulling my head and taking out of it things that I have read or that have been telling me about certain paintings.

“Some of them will have been left out that have given you particular anger to set aside, right? Or are you fully satisfied with the final list?”

-I’m happy with how it turned out. What happens is that now, every time I go to an exhibition or visit a museum, I say: “This one should have entered. Or this one …” [Ríe]. But at some point I had to stop and turn to something else; He couldn’t do like Antonio López, who seems to never finish a painting because he spends his life perfecting them.

Also Read  Bring me a dream: why I'm excited about The Sandman coming to Netflix | Television

-Is this small project suitable for new deliveries, or is it an invitation for the viewer to be the one who, on his own initiative, continues to investigate the lives of those paintings that have not had a place in ‘Emocionarte’?

-That is if. I believe that above all it is an invitation to that, for people to snoop around, for when a painting is in front of them to let themselves be carried away, to learn things from the author, from the moment it was painted … art, to enjoy painting and everything that surrounds a painting.

-You have paid particular attention to Spanish and female painting. Is it something that has come naturally to you or have you wanted to do an exercise of vindication both on one side and on the other?

-In fact, it is partly an exercise in vindication, but it is also a natural consequence of our time. In recent years there has been a fight to get certain authors out of the darkness who were mistreated in life due to the misogyny of the time; talented creators who could not go to a workshop to continue perfecting their painting for the simple fact of being a woman, who signed with their husband’s name in order to display their art. Luckily, little by little I think we are recovering them and it is already more common to find exhibitions dedicated to women like this.

-Each text, each painting, is divided into two parts: one more I would say purely emotional, and another more focused on telling the story of the painting, or of its author, although always also with a personal touch. Why have you decided to do it like this? Did your more journalistic side ask you to include that second text, perhaps less poetic but more informative?

-Yes. The story is that I wanted to tell the vision that I have of the painting when I get in front of it. I like to imagine what could have happened at that moment that the author portrays (always pulling from ‘background’). And then take a turn to do something more informative, closer, and offer the reader concrete data that will help us to contextualize the work and understand it better. I play with that duality, with that fiction based on real events (because I already said that, in the end, these stories are not built from scratch, but in my head there are stories that have been told to me, that I have read or listened to … ), mixed with his story, let’s say real, to draw a book that rides between the novel and the essay.

-That’s ‘The double life of paintings’, right? The real one and the one conditioned by the viewer’s gaze.

-Yes, the title makes it clear: the real and the imagined, although I already told you that this part is almost always set in real events. It is a duality that I really wish it were not; I would like both parts to mix. Because, although they appear clearly differentiated in the book – even changing the typography – reality often surpasses fiction, and that interested me a lot.

-How has it been to write this book? Because it gives me the feeling that it has not been a matter of having the idea and getting to it, but that it is many years of looking and imagining stories that, consciously or unconsciously, he has been storing in his head.

-Yes. We could say that the book has been in my head since … always. To visit Hopper’s exhibition, realism with Antonio López, to see Velázquez’s paintings over and over again, to lose myself with Genovés … All that was already there, but it had not yet come out. [Ríe]. And once the idea occurs and is out of your head, it’s just a matter of hitting it.

-How has it been to write this book? It gives me the feeling that it has not been a matter of having the idea and getting to it, but that it is many years of looking and imagining stories.

Yes. We could say that the book has been in my head since … always. To visit Hopper’s exhibition, realism with Antonio López, to see Velázquez’s paintings over and over again, to lose myself with Genovés … All that was already there, but it had not yet come out. [Ríe]. And once the idea occurs and is out of your head, it’s just a matter of hitting it.

-How do you see the Spanish cultural panorama in the midst of the pandemic? Are you optimistic in the short or medium term?

-Right now you can be optimistic in very few sectors … and ours is one of those that has suffered the most from the consequences of the pandemic. He thinks that culture lives from contact with the public, and that, from contact, is what we are deprived of. A support mechanism will have to be put in place for a fundamental sector in our society. Few things like culture make Spain mark.

-Is there something that you particularly miss as far as culture is concerned?

-I really want to go to a concert, and jump and celebrate … It’s something that I really want to be able to do again. Or go to a full movie theater, or at least in which everyone present can be carried away by the story that they are telling us on screen, and not by the one we bring from outside. We have to wait, but that day will come.