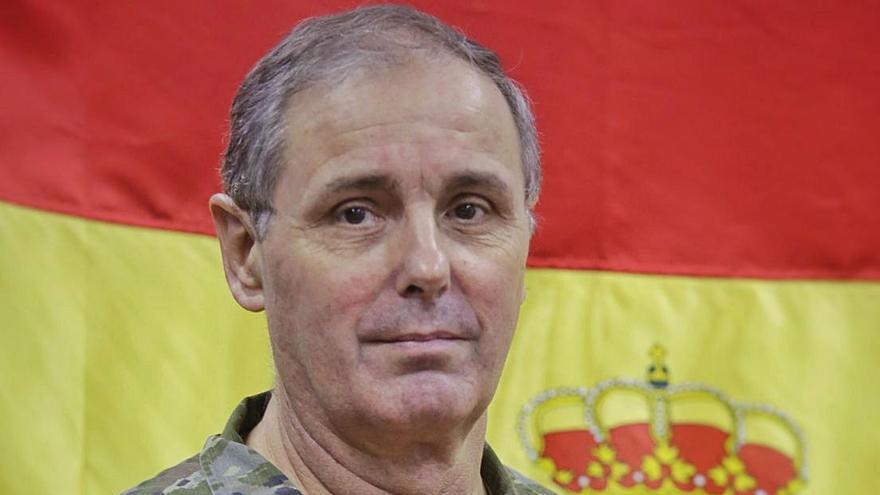 How did you get the information that Operation Balmis had to take place?

During the weekend prior to the state of alarm, Army Headquarters indicated that a catalog of capabilities was being worked on to be offered to the Ministry of Defense during the crisis.

Who told you that you had to be in charge of it?

General Varela, Chief of the Army General Staff, called me to inform me that he had appointed me to be the Commander of the Land Component Command of Operation Balmis.

What factors were taken into account for such designation?

The Armed Forces have an operational structure activated in peacetime to carry out permanent missions related to national sovereignty. As head of the Canary Islands Command, I am the Commander of the Land Operational Command in that structure. It was necessary to react quickly and start the operation, so it was decided to assign this mission to the Operational Structure of which I am a part.

What did it consist of?

It has been, without a doubt, the greatest military effort carried out in peacetime in Spain; there has never been an operation: save as many lives as possible. In the 98 days that the state of alarm lasted, from March 14 to June 20, the Armed Forces deployed 187,000 soldiers, of which more than 115,000 were from the Army and the Royal Guard. Actions were carried out in four areas. The first consisted of having a presence and providing security in almost 3,000 municipalities in Spain to transmit tranquility in those hard times. In the security field, we support the State Security Forces and Bodies in border control with France, Portugal and Morocco, as well as in critical infrastructures. The second area was the decontamination of facilities of all kinds. The third was based on logistical and health support, such as transfers of the sick and deceased, food distribution, water supply or transport of medical supplies. And the fourth was the installation of camps, such as field hospitals, reception centers or support for triages in hospitals to decongest the health network.

Also Read  Introducing Marley Morrison: 'I've told you more than anyone in my life for five years' | Films

How do you organize such a deployment?

The Land Operations Center was made up of an area for planning operations and another for conducting interventions. I had the support of specialists in personnel, logistics, intelligence, operations, plans, transmissions, economic management, contracting, medicine, veterinary medicine, the legal field, the fight against NBC (nuclear, bacteriological and chemical) or communication, among others; as well as liaison officers with the Military Emergency Unit, the Royal Guard and Engineers.

How did the missions they had to face come to them?

On the one hand there was the civil chain and, on the other, the military one. In civil law, the municipalities had needs or problems, which they transferred to the Government Delegation or Subdelegation, and from these bodies they were referred to the Ministries of the Interior, Health, Transport and Defense. And the latter reported to the Operations Command. But in each province there is a military commander, who also knew each demand and raised it to me, so I already warned the corresponding unit before the Defense order arrived to prepare to act. There was anticipation, since internal information allowed us to anticipate the government’s demand.

How long did it take to prepare material and human resources before starting the job?

There was no time before starting the operation, since everything was very fast. As we detected the needs, we ordered the units to be quickly trained in one or more subjects, such as, for example, decontamination. And we asked the Logistics Support Command to acquire protection and decontamination equipment. The same happened for other activities, such as the transfer of the deceased, the manufacture of masks in our logistics units or whatever might be required at any time. We tried to adapt flexibly and quickly to what they asked of us.

What was the so-called Attila project for?

There was also time for innovation. The Army, in coordination with the Instituto Tecnológico de la Marañosa, of the Ministry of Defense, developed an ultraviolet lamp, which was found in the laboratory to burn the coronavirus in a room of certain dimensions. They were used in a health center and in a nursing home. It was introduced into each room with the same vehicle used by explosives disposal professionals.

Unlike the Security Forces and Bodies, which have a large presence in our day-to-day lives, the Armed Forces are dedicated to permanent missions and operations abroad. Operation Balmis has allowed Spanish society to realize that it has prepared and fully committed Armed Forces to support it, with an immediate response capacity and great efficiency in its actions.

How many buildings are disinfected, how many field hospitals were erected and how many strategic transport services were carried out?

In total, 11,000 facilities were disinfected, of which 5,300 were nursing homes. 20 field hospitals were built; There were a total of 4,800 health support actions and 70 air transports were carried out, moving 160 tons of material from as far away as Germany, Lithuania, the Czech Republic and China.

Do you consider that society values ​​and recognizes this humanitarian and health deployment?

The greatest satisfactions we had during the operation were the expressions of affection and support from society. And the most important congratulations was, without a doubt, that of His Majesty the King, who not only congratulated us, but also gave us the Royal Guard (about 400 troops).

Any aspect of the intervention that can be improved for the future?

One of the issues to which we pay special attention throughout operations are the so-called lessons learned, by which a new practical or operational solution is incorporated into the general knowledge of the Armed Forces. In this case, more than 500 annotations were obtained in our database, in aspects of command and control, measures against nuclear, bacteriological or chemical actions (NBC) or decontamination procedures, which we already incorporate into the Baluarte mission.

Do you think that the Balmis operation can be a starting point for the Armed Forces to have a more visible work and closer to the population?

The Armed Forces are a tool of the State to act inside and outside our borders whenever it is necessary to help society, either in the fight against covid or, as happened in January, after the Filomena storm.