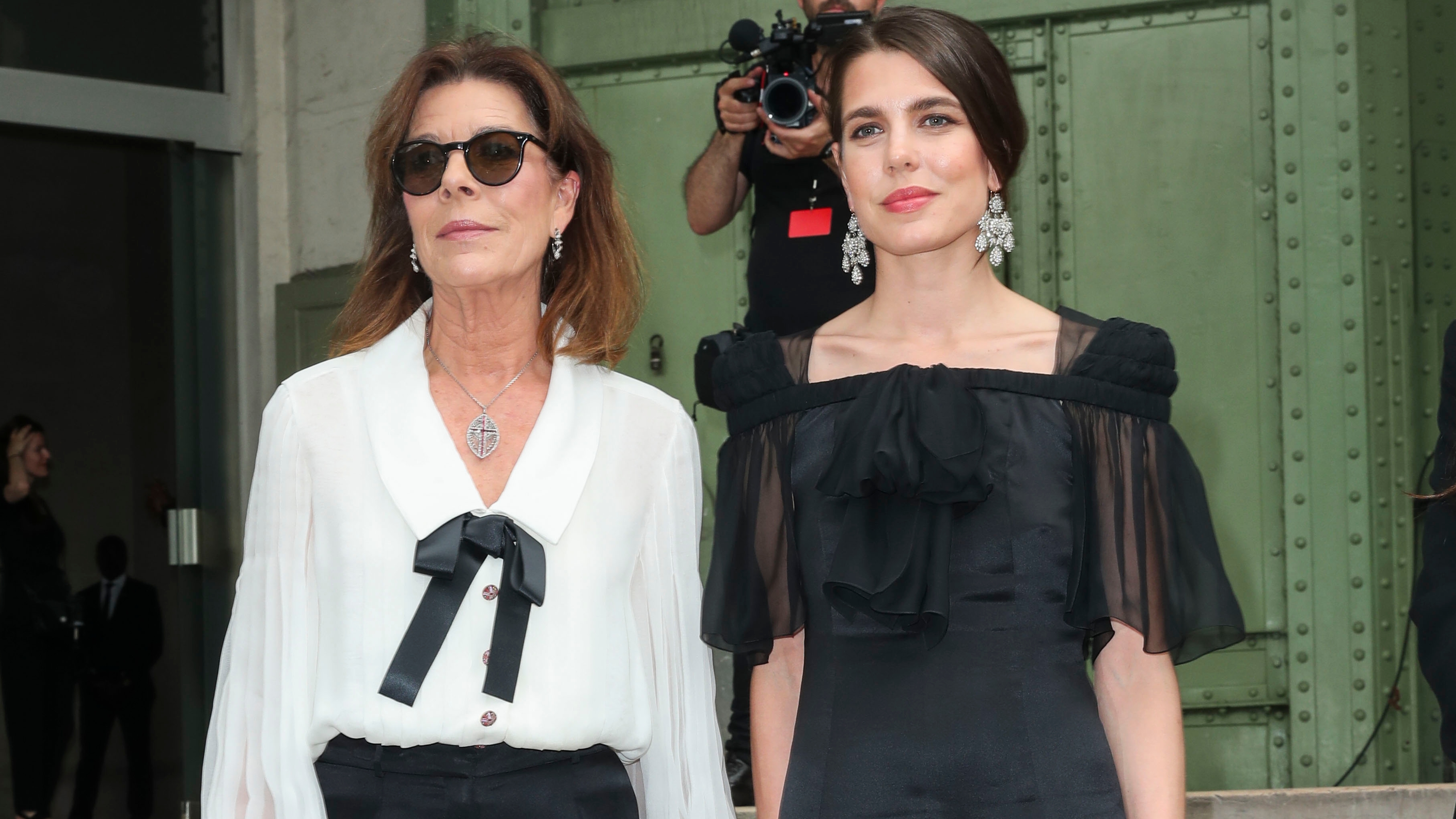 Let no one look for radical changes in the last decision of Carlota Casiraghi, 34 years old. Being the new Chanel ambassador is as natural for her as it is for anyone else to hit the road to work every day. The brand and its most famous creator, the late Karl Lagerfeld, have been part of her life since she was a child thanks to the close relationship that united the German-born creator with his mother, Princess Carolina of Monaco.

Now, the known as princess philosopher for her interest and dedication to this discipline of knowledge, mixes her most reflective self with the most mundane and has just been announced as a new ambassador for Chanel, the most emblematic brand of French haute couture. In the statement issued by the House It is anticipated that the youngest daughter of Princess Carolina and the Italian businessman Stefano Casiraghi will be her image from January 1 of next year and that she will also act as spokesperson. In addition, it is also announced that Carlota will begin her journey by becoming the image of the new campaign of the Spring-Summer 2021 Prêt-à-porter collection designed by the brand’s new creator, Virginie Viard, and whose photos have been taken in Monaco by Inez van Lamsweerde and Vinoodh Matadin.

The statement also makes a nod to the two facets of Carlota Casiraghi’s life and anticipates that Grace Kelly’s granddaughter will be part of a new project that they have named The literary quotes of rue Cambon (the Parisian street where the mythical firm was born and its most emblematic store is located), whose first appointment will be on January 26. There will be several literary meetings in which actresses and writers will talk about the works that have impacted them in their lives and in the feminist movement. In a video shared by the fashion brand, Carlota Casiraghi says: “It’s almost as if she was born wearing Chanel”. And she does it by showing pictures of her pregnant mother and wearing signature models. Regarding the meetings in which he will intervene, he explains: “It is an idea that came to me spontaneously. Gabrielle Chanel used to host a lot of writers and artists. They were part of his world. So we envision a series of encounters about female writers who have played an important role in liberating women. “

Her own life could be summarized in images in which she has been accompanied by Chanel. In 2005, at just 19 years old, she chose one of her models to attend Monaco National Day. He did the same on the day of the appointment of Prince Albert II and when he married Chàrlene Winttstock, the former Olympic swimmer of South African origin who is the current princess consort of the Principality. As has happened on numerous occasions, the House The French woman has been chosen by Carlota to dress her in numerous public events, including many of her appointments with the Monegasque Rose Dance, that meeting that welcomes spring and brings together international celebrities for the greater glory of the little one’s image. principality. And also important dates of her private life, such as her wedding with Dimitri Rasam, in which one of the dress she wore, white with a strapless neckline, fitted bodice and voluminous skirt, was from Chanel.

Her name now joins that of Penelope Cruz or Kristen Stewart in this alliance that for years has been weaving relationships between well-known faces and fashion or beauty firms and Carlota Casiraghi will thus find a way to continue her union with a brand and with some friends. The one who was Karl Lagerfeld and the one who is now his new creative director, Virginie Viard of whom the daughter of Carolina of Monaco has said: “When I was little Virginie always came to see me to the costume tests. It was she who made the arrangements for the fitting of my wedding dress, which symbolized the moment when Karl gave her the witness ”.

To close the circle, the next spring campaign in which she will star has been held in La Vigie, a house in Monaco that has a strong meaning for her and her mother. “This house on top of a hill overlooking Monaco is full of memories for me because it was the former home of Karl Lagerfeld,” explained Carlota in the video shared by the French house.

Carlota Casiraghi does not possess any aristocratic title despite being named, at times, as “the philosopher princess”. He graduated in Philosophy and has published Archipelago of passions (Archipelago of passions) with her teacher, the thinker Robert Maggiori, as well as prologues to texts by authors such as the psychoanalyst Julia Kristeva on eroticism and motherhood. And presides over the Philosophical Meetings of Monaco, that organize workshops throughout the year and, every June, a small Davos of thought. The colloquium brings together brilliant minds of the moment and awards the best philosophical book of the year.

His passion for philosophy comes from childhood. It was Robert Maggiori, his professor at terminal, the last year of high school at the Lyceum of Fontainebleau, near Paris, the one that awakened the vocation. “It didn’t happen overnight. There are many things that led me to be passionate about it. Somehow I always had the feeling of facing the great existential fragility that we all face ”, she explained to EL PAÍS in June 2017. Casiraghi declared that she considers herself privileged for having grown up surrounded by books and culture. “I read a lot of poetry. Baudelaire and Rimbaud, who accompanied me. But, once there, what do you do? It is then that philosophy helps us deal with this intensity of life and this feeling of fragility. And the meeting with Robert greatly encouraged me to continue my studies in Philosophy ”.

This public facet of Casiraghi fits badly with the image of the world in which he moves. It is more common to see it in gossip magazines. Few families have had such a public private life, a mixture of glamor and joy, and tragedy, due to the death in a car accident of their grandmother, Princess Gracia, in 1982, or of her father, Stefano Casiraghi, in a water accident in 1990. Few images like his could sum up the best of two worlds, that of thought and that of fashion, and be so profitable for the House you just signed it as an image.