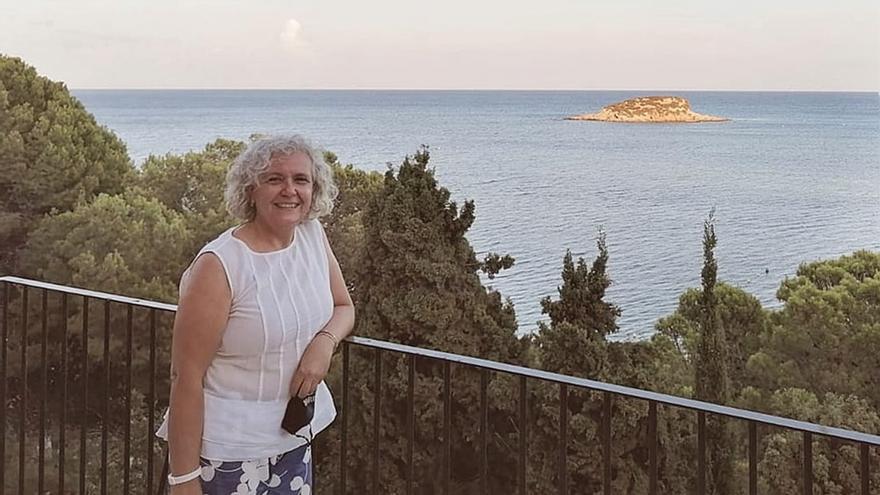 At the moment, a poetry workshop for teachers has already been scheduled for October, taking as a reference the work of Sánchez-Cutillas, which has the collaboration of the CEFIRE network (Centers for Training, Innovation and Educational Resources of the Valencian Community) in the province of Alicante. Later, during the last quarter of this year, the Carmelina Sánchez-Cutillas Didactic Classroom will host other poetry courses applied to Infant, Primary and Secondary classrooms, “in addition to the presentation of a book, and some activities that we are still specifying with the Enric Valor Chair of the University of Alicante (Villa Gadea is also its headquarters) since it officially begins on September 1. Once the 2021-2022 school year has started, we will expand the offer, first of all to the schools and institutes of the municipality, and little by little it will be opened to the rest of the region, province and the rest of the Valencian Community ”, Gadea said this Monday Blasco.

In this sense, the DOGV of last July 22 indicates that the Carmelina Sánchez-Cutillas Didactic Classroom of Contemporary Culture is being launched “to bring non-university students closer to the study, dissemination and conservation of this author’s work”, highlights that the writer “studied Philosophy and Literature at the University of Valencia and worked in the culture section of the newspaper Levante, where she published works on the history of the Crown of Aragon and Medieval Literature. During the sixties he began to compose poems in Valencian, impregnated with a social realism where he highlights the yearnings for the recovery of culture, language and freedom of his people, as in ‘Un món rebel’ (1964). She is one of the few female poets and, moreover, essential, in the post-war period. A woman, in short, committed, who managed to be a writer, historian and journalist, despite living in a time and a context in which all this was still reserved for men ”, and she continues to tell herself that“ since she was little, Carmelina Sánchez- Cutillas received an education of esteem for Valencian History and Culture thanks to his grandfather, a learned lawyer from Altea, Francisco Martínez y Martínez, who infected him with a love for books and historical documents and respect for Valencian cultural institutions. and Catalan women who defended the common history, culture and language. Her experiences in Altea are reflected in the settings of her work, as in ‘Matèria de Bretanya’, winner of the winner of the Andromeda Prize for narrative at the October 1975 Awards ”.

The resolution of June 28, 2021 of the Department of Education, Culture and Sports emphasizes that this Classroom “is conceived as an innovative and quality educational project that aims to promote knowledge of the life and work of this writer among students of non-university educational centers in the Valencian Community ”.

Among the objectives of the Classroom, the following stand out: “To disseminate and stimulate the work of Carmelina Sánchez-Cutillas from a didactic and cultural point of view. Design a space where, from narrative, poetry and essay, critical thinking, social and cultural reflection and, at the same time, artistic and literary creation is worked on, based on the work of Carmelina Sánchez-Cutillas . Prepare materials that are considered necessary for the dissemination of the writer, her work and the cultural context. And establish, under the supervision of the General Directorate of Educational Innovation and Planning, the links with the social environment in which the Carmelina Sánchez-Cutillas de Altea Didactic Classroom of Contemporary Culture is integrated ”

As for the recipients, the Department of Education is clear. “The activity that will be implemented in this didactic classroom” will be directed, mainly, “to the students of Primary Education, Secondary Education and Baccalaureate. University students and adults, regardless of whether or not they are in the training process, may also be recipients of activities programmed by this didactic classroom ”. For this, it will have “the human and material resources necessary for its operation and maintenance,” the DOGV adds.

Finally, the Official Gazette of the Generalitat Valenciana marks among other objectives of the Carmelina Sánchez-Cutillas Didactic Classroom of Contemporary Culture, “to bring the students, from the cognitive schemes of each school stage, to the figure of the writer Carmelina Sánchez-Cutillas and to the knowledge and significance of his work. Develop research autonomy from various workshops and activities related to the author’s literary and academic production. Promote literary creativity through the development of a critical, rational and tolerant attitude in students. Promote interest in the study and research of one’s own culture based on the figure of Carmelina Sánchez-Cutillas, as a paradigm of language awareness and cultural and civic commitment. And create a space for thought and critical reflection around the life and work of Carmelina Sánchez-Cutillas through various lines of action: gender perspective, committed poetry, literary criticism, historiographic research, relationship with the local environment, etc. . ”.