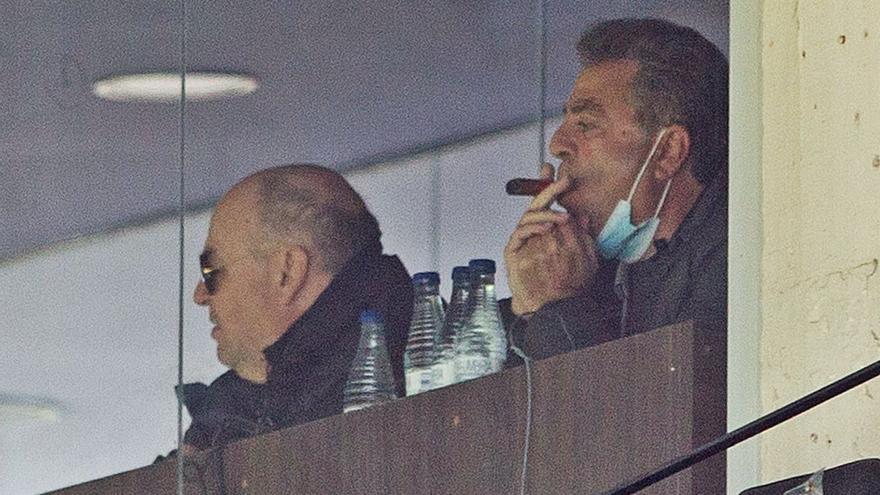 «I like what I’m seeing and I have full confidence in the project that Carmelo has done. What I see gives me the reason ». With those words, Enrique Ortiz, majority owner of Hercules, yesterday avoided an incendiary problem of those that so many other projects with his signature stamp have burned. The businessman, who has been about to introduce Javier Portillo Back at the club, he has found a solution with which to calm the spirits, satisfy all the parties involved – including the family member (according to media) – and deactivate the bomb that, in case of exploding, would take away what which, so far, is the most competitive team of all those who have been in Second B since 2014.

To achieve this, he has only had to do one thing: keep his word, an apparently simple step that, however, is difficult to take when what is at stake is nothing more and nothing less than domestic conciliation.

Carmelo del Pozo, who did not sign his return to Alicante Until Ortiz guaranteed him in writing absolute autonomy in the technical field – rendering accounts, but without interference -, he won the first pulse. For now, you will only have to worry about your task surrounded by allies, those who came from your hand and are completely trusted.

“The union is absolute in the team and, without having any luck, the results are being good. As soon as we have a bit of fortune, we will see what this team really is “, Enrique Ortiz stressed yesterday, who understood that relocating his son-in-law again in the day-to-day life of the entity could harm the work model imposed by the sports director since his arrival last July.

«Now the fundamental thing is the sport. The important figure we needed, who was Carmelo (Del Pozo) is here; He is working at ease, he has us all focused on helping him and, it seems, there is a good climate, which is the most important thing, “Ortiz himself wielded yesterday, who, for the moment, prefers not to touch what, in the eyes of everyone, it’s working fine.

«I am more excited, more involved. Sometimes, you realize that, for things to go well, the most important thing is to get excited about what you do, and this season we are all because we believe in what we see, “reiterated the owner, who included in that way of feeling to his partner: “Juan Carlos Ramírez is as important as I am in Hercules and he is also very excited.”

To reverse the plan to return Javier Portillo to the club without a specific department to occupy or a defined function to perform, the Ortiz patriarch revealed that his son-in-law “is going to work at Rayo Vallecano” chaired by Raúl Martín Dam, with whom he maintains a good relationship at a private and institutional level. Although there is still no official record of the Madrid club, it will, according to its own words, attached to the technical secretariat currently directed by former goalkeeper David Cobeño. In principle, to prepare reports and monitor players from the eastern part of the country, in the Mediterranean area, focusing on the Valencian Community and Murcia.

Buy back the stadium

After closing the door to dangerous changes in the technical organization chart, the constructor revealed that he does not rule out buying back José Rico Pérez if he is given the opportunity. The field belongs to the Generalitat, which has assigned the management of the rental to the Alicante City Council. «Hercules cannot lose the goal of recovering his stadium, and the sooner the better. But it is something that, to make it possible, will require the action of the administrations. The priority is to settle the debts with the Treasury and with the creditors. With the promotion, everything is solved. But let no one think that, because it does not belong to us, we are abandoning the maintenance of the stadium. It is not a house without an owner, Rico Pérez is well cared for “, says Ortiz, who does not believe that the reopening of Fontcalent” will arrive before March. ”