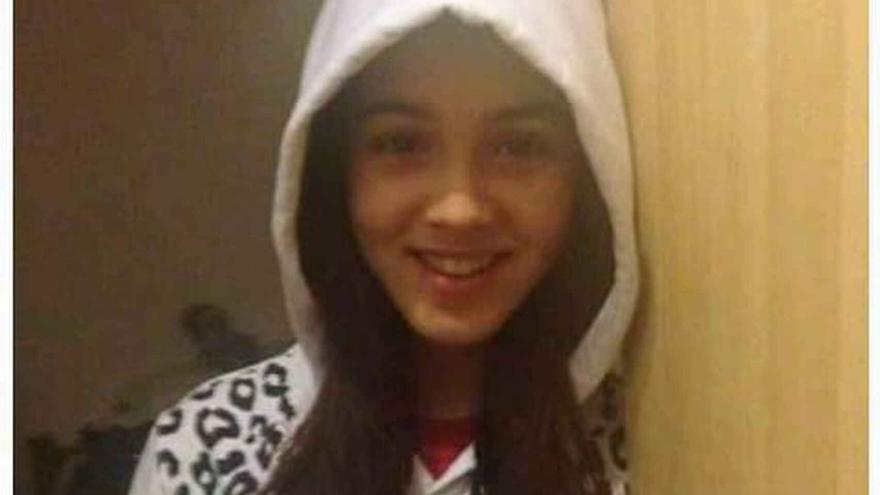 “Your daughter is fine. He has slept at home and eaten here, he is already going there ”. It was the first big lie Isabel received. One of many, uncountable, since the early morning of March 15, 2015, night his daughter disappeared. Silvia, Caroline’s friend, told her, but she hadn’t slept at her house, she hadn’t eaten there, and she didn’t come back. Since then, life is different. Isabel’s is translated into tears and posters of the disappeared with the photo of her daughter.

The police proceedings, questioned from the start, and the contradictions of Carol’s friends, they complicated the investigation. An investigation that has been going on for six years. Caroline del Valle, the adolescent who lost the trail in Sabadell, “a shy, good girl, although somewhat rebellious”, was confused. I was in the wrong place, with the wrong people. “I’ll look for you while I live” on a banner, with his photo, has become a shield, emblem and engine.

It’s 9:30 p.m. Carol records an audio and gives her send. She is happy. The message is for your mother. He has asked permission to sleep at Silvia’s house again. Isabel agrees. Earlier, he called the father of his daughter’s friend to confirm that they would go there. “They told me they were going to the Olympic Village, to the disco for minors, and then they would go home.” Six years later Isabel reads and rereads the same data in a diary that Caroline has. He had written it down in big letters on his agenda: “OLYMPIC VILLA, IN TIME”.

The police proceedings, questioned from the start, and the contradictions of Carol’s friends, complicated the investigation

“That day Carol came with Silvia in the morning,” says Isabel. “He had stayed at his house on Friday as well. They were going to McDonald’s and then to the Olympic Village. We went to the ATM to give him money and on the way I told him that I had found out that they were going with people I did not like. Carol denied it, but Silvia told me that yes, they were children her age, that they were good. I told them to be careful. I gave her 20 euros, she gave me a kiss: ‘I’ll see you later, I love you.’ ‘He didn’t see her again.

Yes on Sunday, at 3:00 p.m., the alarm went off. “She did not come to eat and her phone was off. I called her friend and she said she would be about to arrive.” It did not. “I went down to see if I could see her and, around 8:00 pm, I called Silvia again. She told me the same thing, that she was on her way, that she had stayed at home to sleep and eat,” recalls Isabel. A little later, it still didn’t arrive. “Nervous, I went home and went to her computer. Carol always left her Facebook account open. I contacted the rest of the friends. They all told me that they had gone to the Olympic Village All except one, who told me it was a lie. That they had gone to Sabadell and something happened, that my daughter had not returned. I received a message saying that Carol was in an abandoned house, far away and in poor condition. I ran to report. ”

Early morning of March 15: the truth

Caroline. 14 years. High school has just started and with it came some changes. He began to go out and even flirt with the first drinks at that glass that passed from hand to hand in the surroundings of the Hermetic Zone of Sabadell. They were on that stage and in that scene that night. They did not go to Silvia’s house, nor to the Olympic Village. In total, hundreds of young people danced on the waterfront at the doors of the Bora Bora nightclub. In Carol’s group there were 20, more or less: the girls formed the brotherhood of the ‘LN’ (Las Nalgonas) and some guests, boys, who had escaped from juvenile centers.

“We consider that his absence is not voluntary, but forced,” says the police report.

In a control lap, the Mossos d’Esquadra went to temper the situation and the group of minors, Carol’s, ran away. After the race, they had agreed that they would meet at one point, the Sants station (Barcelona). Caroline never came.

They scattered. Next to Carol stayed Yacine, nicknamed Jasthin. It is he who testifies that, a few meters from the start of the flight, Caroline could not run anymore. “Hide under that car and I draw them to me”, he told him, as he declared before the Mossos. It was almost 5:45 am. He went on his way. Then there is no more. Jasthin arrived in Sants later than the rest, at 08:30 hours, with mud-stained clothes and some clothes on backwards.

Homicide with concealment of corpse

The investigation begins in the Office of Attention to Minors (OAM) and, days later, goes to the Central Unit for Disappeared Persons (UCPD). “They told me that there was an alleged suspect, that he would assault her, have consensual sex or not, hit her, kill her, throw her in the container, the garbage truck would arrive, shred her and that the landfill cannot be searched , which is difficult, “recalls Carol’s mother. It still doesn’t digest the message. “Tremendously hard. Devastating.”

The police report sent to the investigating judge threw little doubt: “there is no trigger that could suggest that he wanted to escape (…) his phone has not returned to activity nor does he have the resources to survive without help. We consider that your absence is not voluntary, but forced”.

From the start, the Mossos aimed to be before a possible homicide with concealment of corpse. A theory maintained to date. In the spotlight was Jasthin. His contradictions did not help. That in the flight Caroline was exhausted barely 50 meters from starting to run was the first thing that screeched the investigators. Too early for such a young girl. In spite of everything, nothing conclusive was ever found to charge him with the homicide that, according to the Catalan police, could have ended with the tragic end of Caroline. They cited him as a witness, never as an investigated.

Six years have passed. Judicially closed, due to lack of evidence, the case has gone to the Homicide Unit. Carol’s friends mostly declined to testify. “The few who did it lied,” says his mother. “I have asked, actively and passively, that they all declare and they did not admit it to the process,” laments Isabel.

Judicially closed, due to lack of evidence, the case has gone to the Homicide Unit

To this day, the attitude of the ‘LN’ is the same. “The only one who has approached was, precisely, Jasthin. This March 14 he wrote to me asking how I was doing. He told me he was remembering things. That when my daughter disappeared, there were three boys and a red car “. It is not the first time that he says something like that. “I requested that he be questioned again. The response of the Provincial Court of Barcelona was no. They say that as he did at the beginning ‘it is impertinent to do it again’. He was willing to expand his statement,” says Caroline’s mother. With a feeling of “judicial abandonment”, and the same at the police level – “I have written a thousand messages to the Mossos and I have no reply” – he only asks to know what happened that night. Find Carol. “This is a slow, selfish death Because it doesn’t kill you all at once. I had been building my castle for a long time, but it was for Playing Cards. Someone took the main card, my daughter’s, and everything fell silent. ”