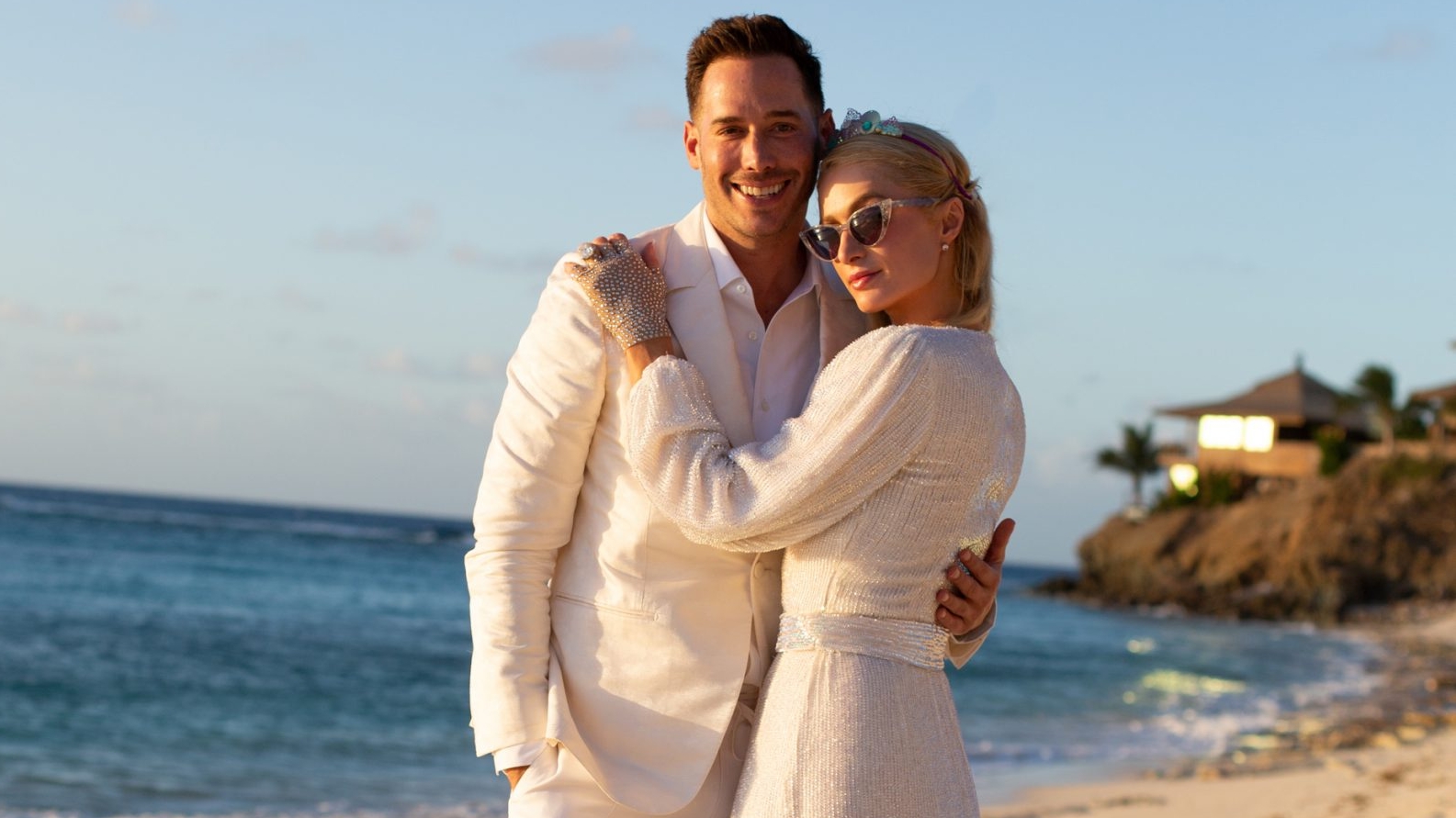 The fourth time is the charm. This is how Paris Hilton must think after announcing her fourth wedding engagement. After model Jason Shaw proposed to her in 2002, the Greek film producer and socialite Paris Latsis did it in 2005 and the Russian-born actor Chris Zylka in 2017, it seems that Carter Reum has definitely been chosen to go through the altar with the businesswoman and DJ. “When you find your soulmate, not only do you know it, you feel it,” Hilton wrote Wednesday on her Instagram alongside a video of several images of the request, which took place on an island paradise where they traveled for her 40th birthday.

Her new partner has known the Hilton family for a long time and has highlighted Paris’s “ethics and authenticity” after having known them more intimately. Born in Chicago, Reum attended Columbia University and is a well-known Hollywood tech entrepreneur. He became a renowned businessman when he co-founded the brand of natural spirits with his brother Courtney VEEV Spirits, which they sold in 2016 to focus on their venture capital firm Messier 13 (M13). Since its launch nearly five years ago, the Reum brothers’ firm has invested in major companies such as Lyft, Classpass, Snapchat and Pinterest.

Paris Hilton’s newly fiancé is also an author. In 2018, the entrepreneur published a book titled Shortcut to Your Startup: Accelerate Success with Unconventional Advice from the Trenches. This handbook of practical plays for both aspiring and experienced entrepreneurs, he also wrote in four hands with his brother and quickly became a best seller.

Hilton and Carter have known each other for over 15 years and have mutual friends. For them they coincided in a Thanksgiving celebration in 2019 in The Hamptons, where both felt a crush, according to Paris herself revealed on her Instagram last December. “From the moment we looked into each other, I knew there was something special about you. I will always be so grateful that I went to the Hamptons for Thanksgiving. I know this all happened for a reason. I love everything about you and everything you’ve done for me. You have changed my life in many ways and have made me the woman I was always meant to be. And I have never felt happier or more alive, “she shared then.

It was not the first time that he spoke of the crush they both experienced when they met at that dinner. “We had incredible chemistry. Since our first date we haven’t spent a night apart. It’s quite surprising, “said the heiress to the hotel empire in an interview with People last September, where he spoke that the pandemic has united them a lot. “This is the first time that I have been forced not to travel and stay at home,” explained Hilton, who traveled up to 250 days a year to work before the health crisis paralyzed all sectors. “The positive side is that I can be with my pets and my boyfriend. We have gotten very close. The amount of time we have spent together is what in a normal situation we would have needed five years! ”He added.

After announcing her engagement, the star who became known in the realtiy show The Simple Life He published on his website all the photographs of the proposal, a very special moment that, judging by the images, seemed very well planned. It was during a trip to a private island to celebrate the businesswoman’s 40th anniversary that Carter Reum, sporting an all-white suit, knelt before a Paris Hilton dressed in a diamond-studded Retrofete design and a Loschy crown. Then they hug and kiss while she wears her engagement ring on her left hand. It is a jewel that has been specially designed for her by Jean Dousset, Louis Cartier’s great-grandson, which consists of a cut diamond and is valued at one million dollars.

Nothing to envy to the ring that at the end of 2017 the Russian-born interpreter Chris Zylka gave Hilton. Then it was a large 20-carat diamond linked in platinum made by the firm Green & Co and valued at two million dollars that was the reason for dispute after the breakdown of their relationship since it took Paris Hilton several months to return it. Furthermore, the jewel had already given much to talk about because on one occasion Paris lost it while dancing in a disco, and made the music and the audience stop — he even looked at their drinks — to get it back.

But that is behind us and in the celebration of the new proposal, Paris and Carter were accompanied by Paris’s sister, Nicky Hilton and her husband, James Rithschild; and his brother, Barron Hilton and his wife, Tessa Gräfin von Walderdorff. There were also several members of the groom’s family, including his mother Sherry Reum, as well as his brother Courtney.

Although Reum is nowhere near Hilton’s celebrity status, he is very well placed in Hollywood and has a great résumé behind him. The 38-year-old businessman is a fully established entrepreneur on the American scene, making him the perfect match for the heir to the hotel empire as he is a “self-made” man with true business skills. Something that he shares with his current fiancée who, away from the media spotlight in recent years and after having left years of partying, madness and waste behind, Paris Hilton is focused on her work as a businesswoman, with 19 product lines with her name.

Throughout the posts that Hilton has dedicated to Carter on her Instagram, she always emphasizes that she has never left his side as she has become the woman she has long wanted to be. At 40, Paris Hilton is determined to say goodbye to her past to settle into maturity. She wants to start a family, for which she has already begun the in vitro treatment she has undergone with her fiancé; and has become a speaker for young people who have suffered abuse after revealing in a documentary about his life, This is Paris, who was physically and psychologically abused during the months that she lived in a boarding school in Utah.