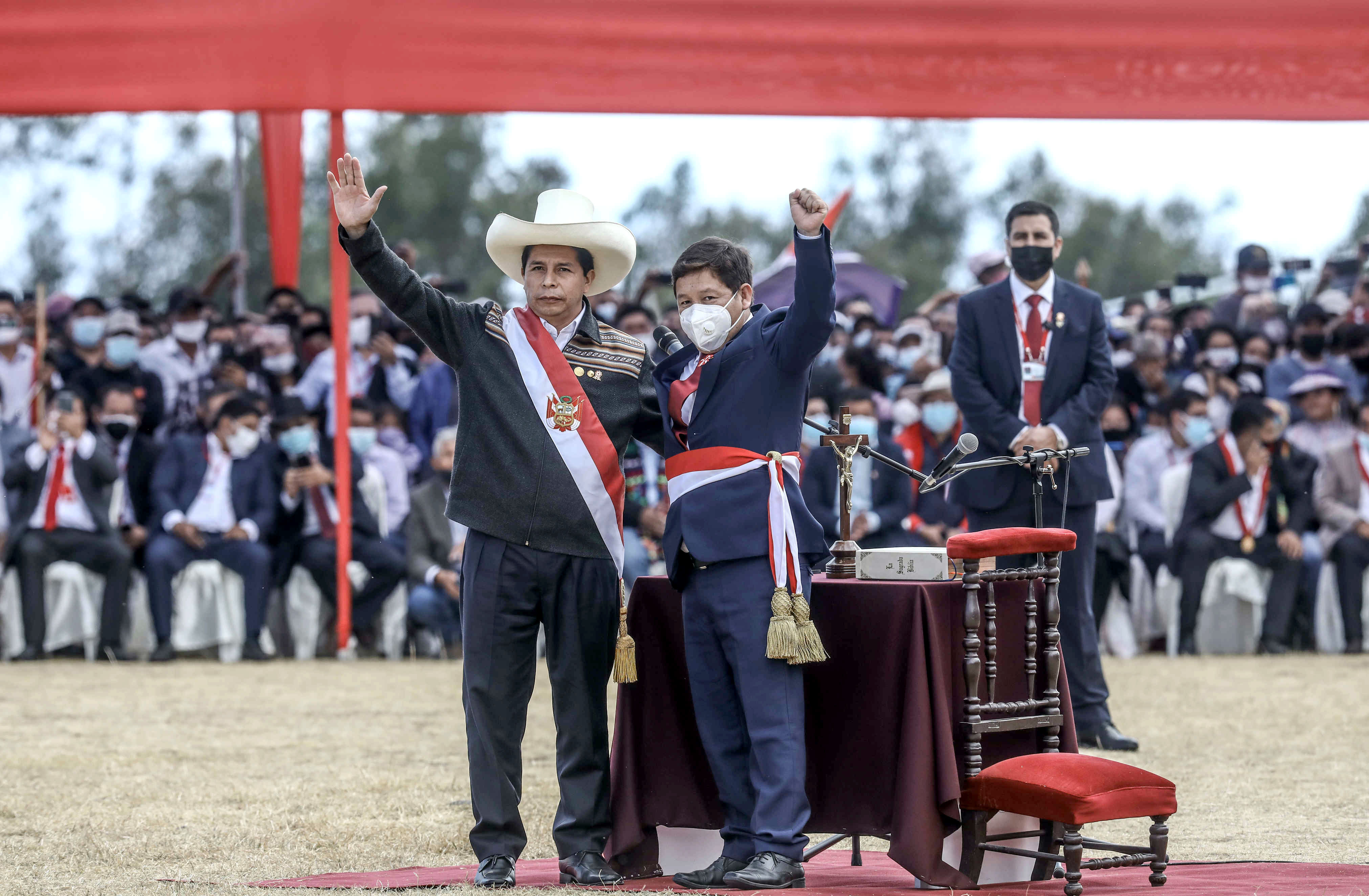 The first fight between the radical and moderate factions that surround Pedro Castillo has a clear winner. The president of Peru has appointed Guido Bellido as prime minister, a leftist very close to Vladimir Cerrón, the owner of the Marxist-Leninist party under whose initials the president ran for election. The moderate urban left that also supports Castillo tried to put someone less dogmatic in his place. The inauguration speech the day before, in which he was conciliatory, suggested that Castillo would appoint someone with a more moderate profile as a strong man in his Cabinet. It has not been so.

Bellido is practically a stranger. He has declared to the media that he does not consider Cuba to be a dictatorship or that the Shining Path deserves the nickname of terrorist. He has little experience in positions of responsibility, nor is he known for more political merits than positions of responsibility within Peru Libre, the party with which the president ran for election. It is a very discreet profile. During the campaign, Bellido has opposed the more focused left represented by politicians such as Verónika Mendoza or Pedro Francke, two allies who moderated Castillo’s speech in the second round, when he needed a larger majority to ensure victory. This group, with more contacts in Lima and more experience in power circles, softened homophobic and conservative positions on social issues with which the school teacher had started his political career. It was clear that sooner or later, those on one side and the other, were going to collide in key aspects.

The discussion about the ideal candidate has been long. In recent days, the name of Roger Nájar, another politician of Cerrón’s highest confidence, sounded. His problems with the law over the non-payment of his daughter’s pension, which he had with a 14-year-old teenager when he was 30, seem to have blocked his way. A score of women congressmen sent Castillo a letter in which they advised against putting someone in such a high position who does not respect the rights of minors. Even so, the feeling spread that the president would choose Najar. Finally, without anyone expecting it, the chosen one was Bellido, an intermediate command of Peru Libre as general secretary in Cusco. Castillo named him in Ayacucho, where he had gone to celebrate a second investiture in the interior of the country, this time in a symbolic way.

Castillo is a guest in Peru Libre, a regionalist party lacking power in the capital. Its members consider that they have been the ones who have propelled the school teacher to the presidency. At this point, they demand their quotas of power. The first has been granted. The professor has assured that he is the one in charge of the Government, without any type of interference, and has responded annoyed when they have suggested that Cerrón will make decisions in the shadows. “He won’t even be a goalkeeper,” Castillo once said of him. But the reality is that Cerrón, someone who occasionally talks about himself in the third person on Twitter, controls half of the elected congressmen. Castillo must understand with him to ensure the stability of his bench.

Revealed the name of the prime minister, Castillo will announce this afternoon the name of the ministers who will make up his Cabinet. It seems certain that Francke will be in it as head of Economy, a key position, and who is considered a solid economist who guarantees that the country does not embark on any exotic adventure. The rest of the ministers have yet to be met. The tug of war between moderates and radicals continues.