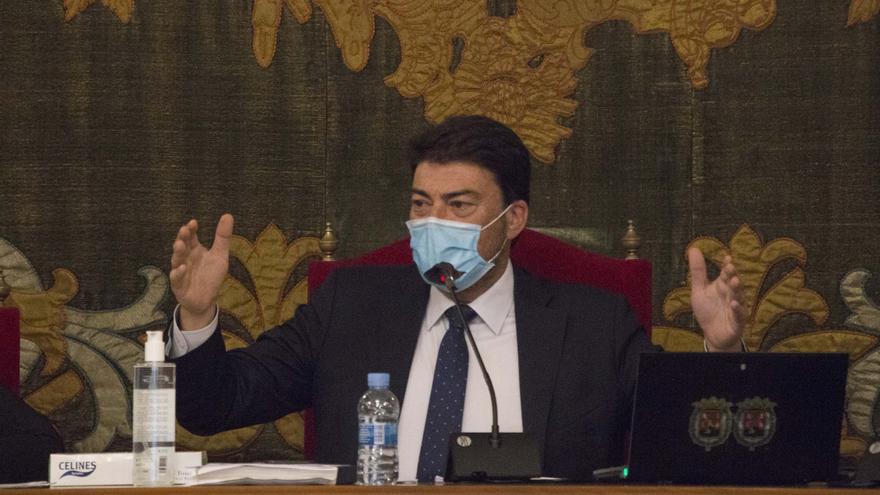 And now, the covid. The Alicante bipartisan now points to the casualties of City Council officials due to covid infections to justify the prolonged delay in the approval of the 2022 municipal budget, which has been in the audit of the Intervention area since December 20, a procedure that a priori it had to be resolved in ten days.

This was justified by the spokesman for the municipal executive, Antonio Manresa, during the press conference after the Governing Board, in which he explained that the Intervention work is being delayed due to casualties in the municipal workforce, both due to infections and effects side effects of the vaccine. «Intervention is working, requesting the corresponding reports. The covid variable must be taken into account, which is delaying it, ”said the mayor of Cs.

The delay in the approval of the Budget, which is repeated for the seventh consecutive year in the city of Alicante, continues to generate criticism from the municipal opposition. The Compromís group has promoted the request for the appearance of the mayor, Luis Barcala, in the ordinary plenary session next Thursday 27, to explain the Municipal Budget 2022, since “today nothing is known about the document”. According to the coalition, “the situation is unsustainable like every year that Barcala governs, arriving late to the municipal budget.”

The coalition added the necessary support from United We Can and also from the socialist spokesman, Francesc Sanguino, to reach the five signatures required by the Organic Regulation of the Plenary (ROP) to register the request to appear before the Plenary.

Also Read  Republican Youngkin Wins Virginia; Trump boasts victory as his, but the next governor stands out

United We Can, for its part, considered this Tuesday, after announcing Mayor Barcala’s request to appear, that “the excuses for the delay” of this year’s local Budget have run out. “The bipartite, for the third consecutive year, does not fulfill its commitment to approve the budgets in a timely manner, which shows that the current government team has many shortcomings when it comes to managing the city’s resources,” the spokesman stressed. of the purple coalition, Xavier López.

Finally, the socialist Francesc Sanguino lamented that the bipartisan has returned to «blaming the auditor, because that is like blaming the heat in August». For the spokesman for the municipal group, “if the process had been prepared in October, they would now be approved, as in other cities,” he added, recalling that his municipal group is still waiting for the Barcala executive to notify him the proposals included in the draft Budget from those formulated during the negotiation.

The Socialists, in addition to supporting with a necessary signature the request for Barcala to appear to explain the 2022 Municipal Budget, will also request the mayor’s intervention in the face of the fiasco of the first two calls for Next Generation funds. The Socialists will demand the appearance of the alderman to explain “how the entire process has been carried out to opt for European funds and why the city of Alicante has been excluded from projects aimed at helping commercial activity in tourist areas, aimed at improving urban mobility in the commercial and tourist area of ​​the historic center».