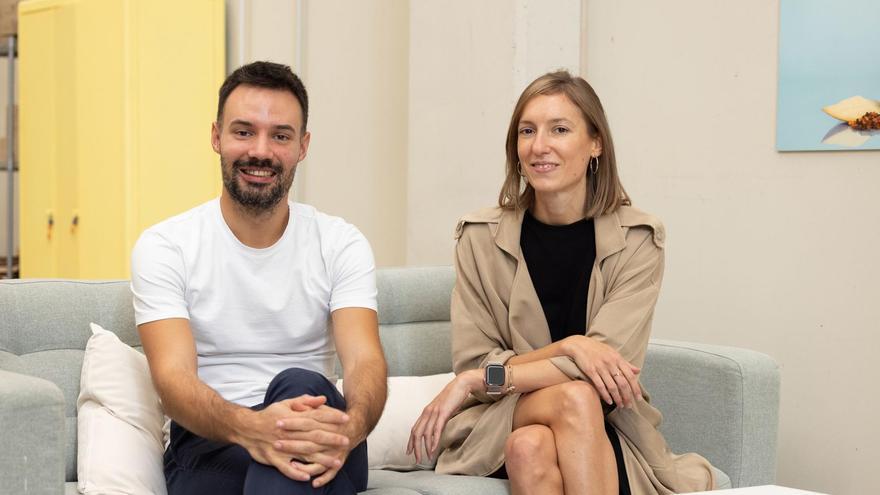 The natural cosmetics firm Freshly Cosmetics has received 18 million euros of investment from the London fund Blossom Capital, according to company sources have told EL SPAIN NEWSPAPER, newspaper that belongs to this group, Prensa Ibérica.

Founded in 2016 by three young chemical engineers from Reus (Tarragona), Freshly Cosmetics has grown with its own resources, a small crowdfunding and traditional bank financing lines.

Since its inception, the turnover has increased year by year: they went from entering 1.3 million in 2017 to 30 million in 2020. Along with the product and the recurrence of buyers, these powerful data caught the attention of venture capital investors. But the founders – Miquel Antolín, Mireia Trepat and Joan Miralles – had preferred to remain independent until now. The constant positive results of the company allowed it.

“At first we were contacted by Spanish investors, but we discarded them because their values ​​did not fit us“explains Antolín, the CEO, to this newspaper.” They planned to sell the company in five years and things like that. And we didn’t want to under any circumstances. ”

This year, Freshly Cosmetics foresees exceed 50 million euros in sales. There are already 245 employees, most of whom work in Reus.

“We depend on Black Friday and Christmas. They are the most important months, when we make 30% of the turnover “, continues the founder.” How it is given to us will depend on whether we close with profits or losses. ”

Freshly is a specialist in facial, body and hair products with natural ingredients, vegan and not tested on animals. Natural cosmetics is an upward trend. American actress Jessica Alba founded her own firm, Honest Co, which went public last May.

With the 18 million Blossom in the account, Freshly Cosmetics prepares for the international expantion.

“We closed 2020 with 95% of income coming from Spain. We wanted to break with this dependency and open ourselves to other markets. There the costs skyrocket: It is not the same to sell only in Spain than in the rest of the world“Antolín continues.” We saw that we did not have the knowledge and that for two years our balance could be destabilized. It was a good time to consider entering a fund. And since Blossom had come looking for us, we talked, we saw what they could offer and we made sure that our vision for the next few years was compromised. ”

A ‘casting’ to rent in London

Antolín, Trepat and Miralles set up the company shortly after leaving the University. They did their internships in multinationals but did not see themselves working in them.

Antolin’s mother, who at that time was a housewife and now works for the company, made natural soap bars. Young people saw it and were inspired to do something similar. Raised 80.000 euros —Of two entrepreneurship awards, a bank loan and the crowdfunding– and were launched on the market.

Freshly Cosmetics sells through the internet, but last year it gave the jump to the physical world and he opened his first store on Calle Fuencarral in Madrid. Since then, it has opened two more in Barcelona and Valencia. And it will allocate part of the investment to open in the famous Carnaby Street in London.

“With COVID, some stores were left empty on that street, which is always full. We detected one. We were attentive because we wanted to try to open an international store,” explains Antolín. “In Barcelona and Valencia most of the billing is from repeat customers, so we are interested in seeing how a city works where practically nobody knows us. It will be building a brand in reverse: from physical to digital. In Spain the stores are doing very well. ”

Despite the pandemic, renting in Carnaby it’s not easy at all. Not so much because of the price – “similar to Madrid and Barcelona”, says the CEO – but because they screen to enter.

“Even if it is a street, all the stores are managed by the same company. It is as if it were a shopping center. It puts pressure on them to have vacancies and they want to control very well who opens. They just want top-of-the-line brands, like Pepe Jeans or Benefit, and live brands, let them take risks, “he continues.” We spent five months negotiating until they selected us. We open in ten days. ”

The team had to send documents with the evolution of the company and its visual proposal. They have hired seven people (all native English) and will paint the front of the store yellow. “That is like a show,” says Antolín. They have a contract for the next five years.

In addition to the London store, the company will use the funds in the rest of the European markets (in Italy, France and Portugal, mainly) and in China, where they entered in June through the marketplace TMall.

The supply crisis It is affecting them in two aspects: delays in the delivery of raw materials and dispensers, the only thing they bring from China. “The rest of the containers are made in Spain. The dispensers are not, although that is changing and maybe we can start making them here. It’s the only thing that gives us problems.”

Finally, Antolín stresses that “a very important part” of the money will go to the research and development. “Not only in formulations, also in packaging. We have launched solid soaps and developed two patents for these products. We see a great opportunity in the entire sustainable transition that there will be in cosmetics. Now there are eight of us on the team, including biotechnologists, biochemists and chemical engineers, and we want to double that team for the first half of next year. ”