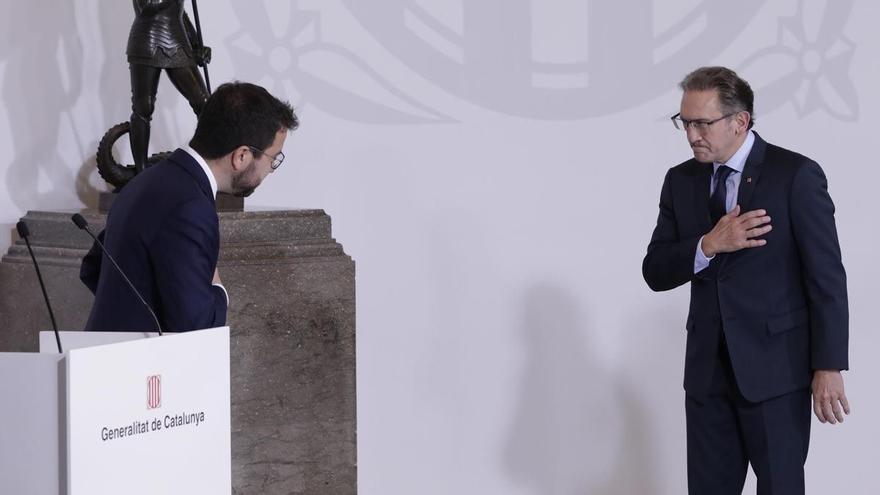 The Generalitat plans to borrow from Autonomous Liquidity Fund (FLA) a total of 12,662 million euros in 2022, an amount slightly less than the 13,014 million requested in 2021.

Sources from the Department of Economy of the Generalitat have ensured that this is the amount that is expected to request next year.

A total of 11,138 million euros of that amount will be used for face debt repayments, mainly to cover the repayment of loans from previous years of the FLA and other liquidity mechanisms authorized by the State, although also to face other debt maturities.

The State launched these instruments at the end of 2012, in the midst of the financial crisis, to help communities have liquidity at a time when the financial markets they were closed to the debt issues of the autonomies.

From the outset, those loans were given for ten years, with the first two of grace, although from January 2020 they are granted to twelve years, with four of grace.

In this way, the repayment of loans linked to these liquidity mechanisms increasingly weighs more on the amounts requested by Catalonia from the FLA, given that they will accumulate year by year returns on debt incurred since 2012.

The FLA, created in 2012, in the midst of the financial crisis, will be in effect for a decade next year. During all these years, Catalonia has been under this liquidity provision mechanism except for two years, in 2019 and 2020, when it was able to join the so-called Financial Facility Fund (FFF).

Catalonia was able to access this other mechanism, which implies more lax controls than the FLA, having fulfilled in previous years, that is, in 2018 and 2019, with the three objectives of budgetary stability set by law (deficit, debt and rule of expense).

According to data from the Treasury, at the end of 2021 Catalonia will have received a total of 13,552.8 million euros from the FLA, which represents 43.49% of the total funds distributed among the communities adhering to said mechanism.

Idea of ​​going back to the markets

The crisis created by covid-19 forced the postponement of the Generalitat’s plans to issue debt and thus return to the financial markets.

However, last July the agency Fitch credit rating the Generalitat’s rating was raised two notches, from BB to BBB-, with a stable outlook.

In this way, this agency stopped considering the Generalitat’s debt as speculative grade, that is, as junk bond, and placed it, a decade later, at investment grade.

Beyond this interest in demonstrating financial sovereignty before the markets, the Generalitat continues to demand that the State set up a covid fund also in 2022, to continue covering the extraordinary expenses generated by the pandemic.

And it is that this state fund has served to greatly alleviate the extraordinary bill created by the pandemic, both in 2020 and 2021, and the Generalitat claims that the covid-19 and the crisis it has unleashed will continue to be active next year and You must have extraordinary resources to cover that extra expense.