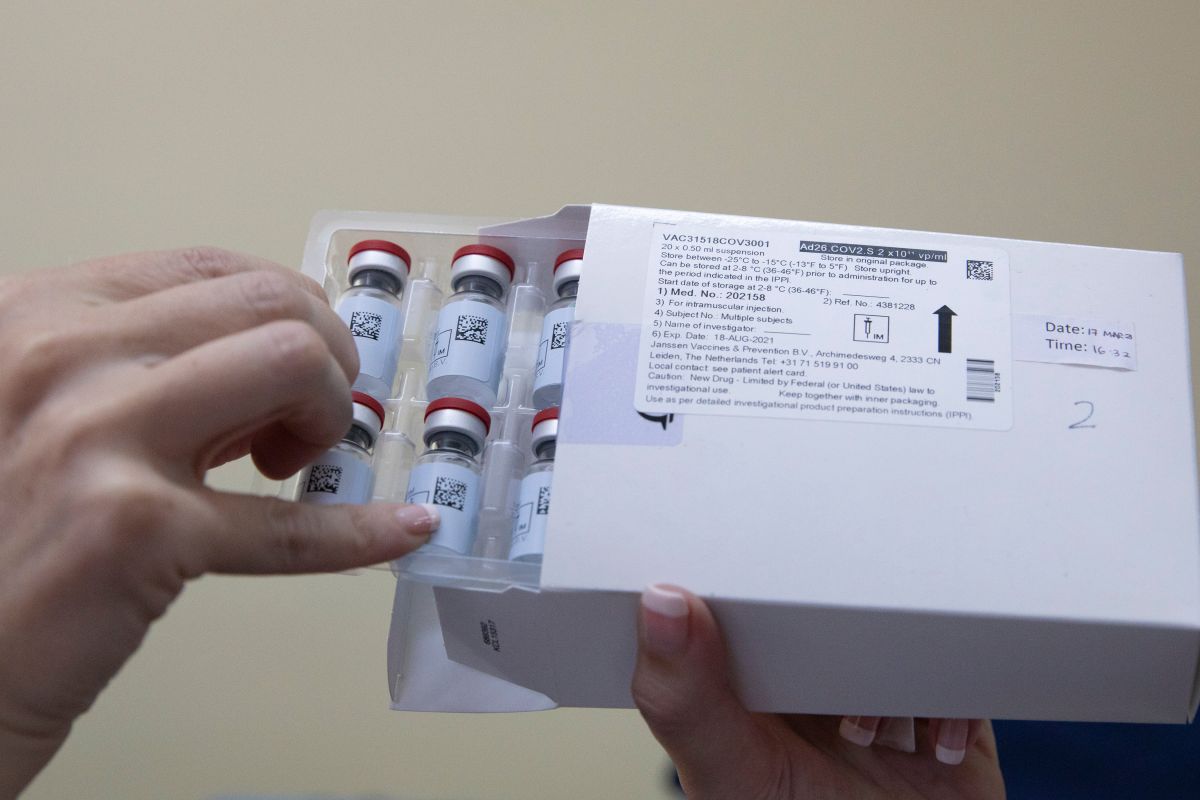 WASHINGTON – The vaccine against COVID-19 from the multinational Johnson & Johnson (J&J) has run into the Catholic Church in the country, where some bishops are recommending not to use this serum as it is developed with stem cells obtained from abortions.

The last to join these reluctance has been the Bishop Robert Deeley of the Diocese of Portland, who has asked his parishioners to opt for vaccines other than J&J.

In a statement, Deeley said that “if someone can choose between equally safe and effective vaccines against COVID-19, they should choose the vaccines with the least connection to abortion-derived cell lines.”

“Therefore,” he continued, “if someone has the ability to choose a vaccine, those of Pfizer and Moderna should be chosen before that of Johnson & Johnson“.

Deeley summed up in this way the feelings of some responsible for the United States Conference of Catholic Bishops, which made its position clear this week.

The president of the Doctrine Committee of that institution, Bishop Kevin C. Rhoades, and Archbishop Joseph F. Naumann of Kansas City, head of the Pro-Life Activities Committee of the conference, issued a statement on Tuesday expressing their doubts about the J&J preparation, which “raises questions about the moral permissibility of using vaccines developed, tested and / or produced with the help of abortion-derived cell lines.”

And they stressed that, just as Pfizer and Moderna vaccines used this type of cell in their tests, but not in their production, the J&J has been developed, tested and manufactured with them..

For that reason, they advised against choosing the J&J serum if you can choose to receive either of the other two.

Using “ethically reprehensible” vaccines if there is no other remedy

However, they left the door open for J&J, citing the recommendation of the Congregation of the Doctrine of the Faith of the Vatican, which considers that “when vaccines against COVID-19 that are not ethically reprehensible are not available, it is morally acceptable to receive vaccines against COVID-19 that have used cell lines from fetuses of abortions in its research and production process “

Some dioceses have adopted a similar stance, such as New Orleans or Pittsburg., who have advised Catholics to opt for Pfizer and Moderna preparations over J&J, although others such as Bishop Robert W. McElroy, who runs the San Diego, argue that it is legitimate to receive any of the three vaccines approved in the country.

“Because we live in a complicated world, Catholic moral teaching is sometimes very complex and has nuances in its reasoning about how to navigate the issues of balancing the good and the bad when confronting ethical options,” reflected McElroy.

Getting vaccinated is an act of “true love”

“But,” he continued, “on the specific moral and pastoral issue of receiving the vaccines from Pfizer, Moderna, Johnson & Johnson or Astra-Zeneca, I want to make it clear to the Catholic communities of San Diego and the Imperial counties that at the present time pandemic, with limited vaccine options available to achieve a cure for our nation and our world, it is completely morally legitimate to receive any of the four. “

And he stressed that when any of these preparations is received, “true love” is being shown to God and to neighbor.

Fetal tissue from abortions has been used for decades in scientific research, such as finding treatments for Ebola or cancer.

According to an article in Science magazine last June, lhe cells derived from abortions have been used since the 1960s in the manufacture of vaccines, such as those for rubella, chickenpox or hepatitis A; as well as to develop treatments against diseases such as rheumatoid arthritis or hemophilia.

PER.C6, cells from a fetus resulting from a 1985 abortion

According to that text, for the date of June 2020, at least five COVID-19 vaccine candidates used one of two human fetal lines: HEK-293 and PER.C6.

Precisely, PER.C6 is a cell line owned by Janssen, a subsidiary of J&J, which was developed from cells from the retina of an 18-week-old fetus resulting from an abortion in 1985.

J & J’s vaccine, which uses PER.C6, received authorization for emergency use in the US last weekend, joining those from Pfizer and Moderna.

This preparation only requires a dose and storage temperatures that are not as extreme as the other two alternatives, so the logistics of serum administration are easier.

In the US, so far, users have not had the option of choosing the COVID-19 vaccine they want, as it depends on the dose that is available where they receive it.