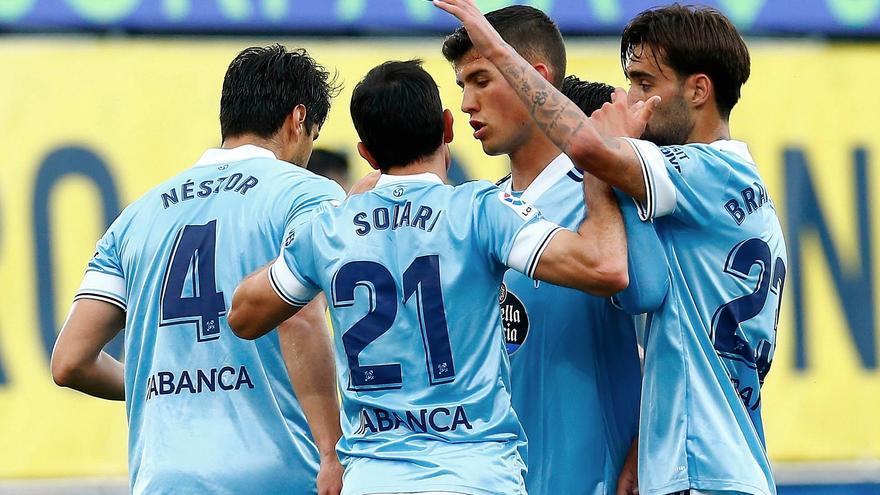 Celta de Vigo thrashed Villarreal at La Cerámica this Sunday (2-4) in a good duel, especially in the first half that, however, also had a controversial final, with a penalty goal after consulting VAR That meant 1-3 and that led to expulsions of local players on the bench for protesting.

After retiring to the break with a comfortable lead on the scoreboard, Celta gave an almost definitive blow to the crash before the first quarter of an hour of this period with a fourth goal that killed Villarreal’s reaction looking to shorten their disadvantage

Celta started the clash with intense pressure that bothered Villarreal. In addition, Eduardo Coudet’s team imposed a high rhythm on the game against a rival who arrived after last Thursday’s effort against Arsenal in London in the semi-final of the Europa League.

Although Villarreal reacted soon to the good start of the Galicians, it was Celta who began to haunt the rival area with danger with Nolito and Santi Mina as the main protagonists.

Thus, the own Santi Mina managed to open the scoring at 19 minutes with Aarón’s header to center that stung down without Asenjo being able to stop, although Villarreal’s reaction was not expected and a great play by Rubén Peña was resolved with a header from Moi Gómez who put the equalizer on the scoreboard.

The game entered a high-level phase with a high rhythm of play, occasions in both goals and that it went out of level again at 34 minutes thanks to a goal by Santi Mina from a penalty that was widely protested by the locals.

Also Read  'Shame, age discrimination and nudity: there is much to identify with': actor David Pevsner in his memoirs | Stage

In the closing stages, the party got out of control with several controversial actions. Minutes later to rectify a direct red card for a yellow one to Araujo at the request of the VAR and after signaling in added time a new penalty in favor of Celta that transformed Brais Méndez, locals Mario Gaspar and Gero Rulli were sent off from the bench for protesting, while Albiol received a yellow card.

After the conflicting end of the first part, Villarreal started the second half with force. He took control of the game with the intention of reacting and trying to close the gap on the scoreboard against a Celtic knowing that his advantage could allow him to wait for his rival and try to surprise him in defense.

In fact the fourth came both Galician, after the Argentine Solari finished off a service from Aaron with which he beat Asenjo below. Despite the fact that there was more than half an hour left in the game, the goal practically settled the clash, with a well-equipped Celta behind and a touched Villarreal who lost steam.

In the last quarter of the hour straight and with a score so favorable for the visitors, the game seemed well controlled by Celta but a penalty goal scored by Gerard Moreno in the 87th minute and the following expulsion of the visitor Ferreyra spurred the locals but no longer had an impact on the scoreboard.

Also Read  The alert continues in Ávila: the fire has already burned 5,000 hectares

Referee: Medié Jiménez (Catalan Committee). He showed a yellow card to the local Estupiñán, Imanol Idiakez (on the bench) and Albiol and to the visitor Araujo. He sent off the locals Pau Torres and Rulli with a direct red card, both for protesting from the bench when the teams went to the dressing room after the first half, and the visitor Ferreyra (m.88, for a double yellow card ..