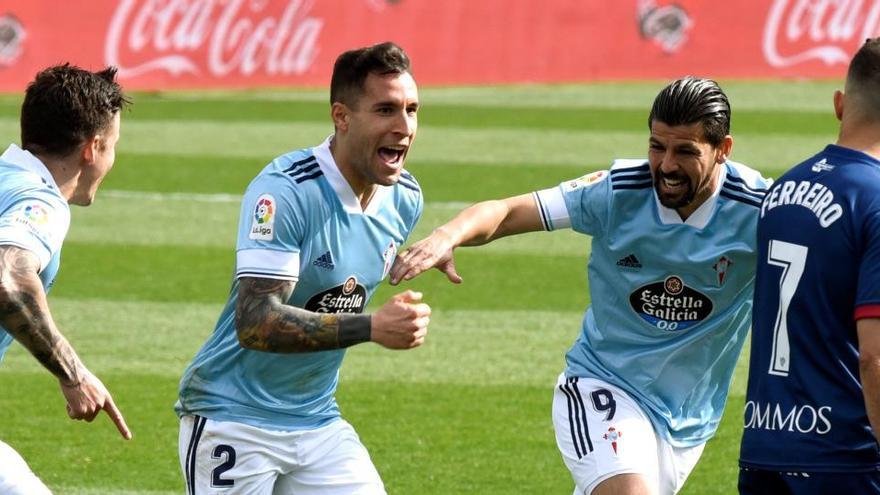 The Celta Vigo was imposed this Sunday at the bottom of the club, the Huesca, taking advantage of the urgencies of the Alto Aragonese, and made life even more complicated in his struggle for permanence after a spectacular match in which seven goals were scored.

The Alto Aragonese had marked as key the confrontation against a Galician team that is handled in the quiet area of ​​the classification and who was not overwhelmed by emergencies, but who was not in his best moment and that he shook off that stigma with a victory for which he needed to score four goals.

The Huesca did not know how to take advantage of the irregular moment of Celta to have won a victory that would have tightened the lower zone of the classification even more and accumulate an extra dose of morale, so necessary when he has been chasing out of relegation all season and that, although he has it close, is not achieved.

The Huesca team needed the victory like eating but they were overtaken by a more effective Celta in a crazy game with opportunities, posts, goals and comebacks from both teams.

The defeat of Huesca, which is still at the bottom, gives air to their rivals and the opportunity to open a gap in the classification while the victory for the Galicians serves to establish themselves in the quiet area of ​​the classification table and open a definitive gap with respect to the Aragonese team.

In a spectacular first half in which the attacks outweighed the defenses and as evidenced by the four goals scored and quite a few shots between both goals, with two different styles, the visitors were more dominant and the owners of the field looking for the cons.

Even so, the foreign team went ahead with a great celestial counterattack in the 5th minute started on the right wing by Iago Aspas, who changed the game for Nolito, who, in turn and first, yielded to a Santi Mina so that he cross shot maraca.

Far from being daunted Huesca encircled the Galician goal and two shots by Rafa Mir with a goal option warned until the third time was the final one through the Greek central Dimitrios Siovas who, with a header in the 14th, equalized the contest.

The Alto Aragonese reaction did not stop there since just two minutes later a local counterattack led by their striker, Rafa Mir, ended with a powerful shot that turned the scoreboard.

The Vigo team took the ball from then on but Huesca was well positioned and the visitors were not able to step onto the area with danger until, in the 37th minute, Brais Méndez overcame the defense, shot and the rejection of Alvaro Fernández took advantage of it Nolito to restore equality.

Hugo Mallo unbalanced to put the 2-3 Free of mark in a corner shortly into the second period and Huesca had to row against the current again, putting the foreign goal into trouble, as in the first period.

And the story of the first half was repeated because after two magnificent opportunities David Ferreiro returned the balance to the scoreboard although the joy did not last long for Huesca since two minutes later Fran Beltrán made it 3-4 that in the end it would be the definitive one.

Huesca kept trying and captain Jorge Pulido had the option but Murillo saved the equalizer on the goal line.

Incidents: match corresponding to day 26 of the League played at the El Alcoraz stadium in Huesca behind closed doors. A minute’s silence was observed for the death of Antonio Trallero, who was a player and coach of the Huesca team.