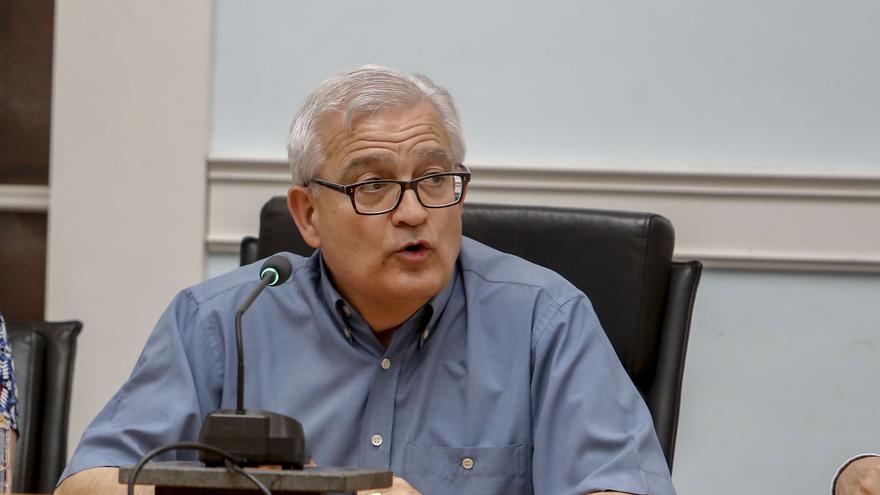 The former mayor also warns that “the decrease in the remaining treasury is also worrying because in the settlement of the 2020 budget it was € 6,462,753 and during 2021, € 3,610,728 has already been disposed of.” For this reason, whoever was first mayor considers that these two years have meant “more spending, more taxes and more indebtedness, which represents a change for the worse compared to the previous PP government.”

Asencio states that in works and infrastructures “is where the Tripartite has been more continuous, because it has been executing the works designed, projected and financed that came from the previous Corporation of the PP, being important to highlight that all the relevant actions carried out so far, Although they try to hide it, they come from the PP because they were already tendered or awarded and financed by the previous Popular government when the Tripartite arrived. ” He gives examples such as Chapí Theater, “which comes from previous Corporations that managed everything, land, project, plot expansion, financing agreement”

He goes on to list that “the football field in the North Sports City, the Côte de les Encarnelles, the neighborhood headquarters in San Felipe Neri, the artificial grass pitches in the Annex, of which only part of their construction changed, since the works had already been awarded and started together with the lot of the grass field in the North Sports City, the skatepark that is paralyzed by them for technical reasons and that when the works begin it will be another work of the PP, the roofing of the gym in the Sports Council, from which we have already hired the drafting of the project, the access roads to the Hondo and the of Cargo, or the Industrial Park I-10 of Villa Rosa, which will be executed shortly and in which the current Tripartite has only had to deal with a few claims submitted to the reparcelling of the polygon, after having requalified the land and approved all the previous, urban, environmental and road reports on previous government of the PP “, cuts short.

The new project of the pool and the New Park, “spending 3 million instead of one, the paralysis of the Market and the headquarters of the Orfeón, which has meant its suspension due to a future project change that does not reach the choirs or the placeros, or the non-tender of the two expansion projects of the Workshop School, which are so necessary for the employment of young people “.

Asencio adds that the current government has had as a “cushion” the management of the PP and that “the passage of time and the greater weight of the decisions and procedures of the Tripartite will reveal its political and management errors.”