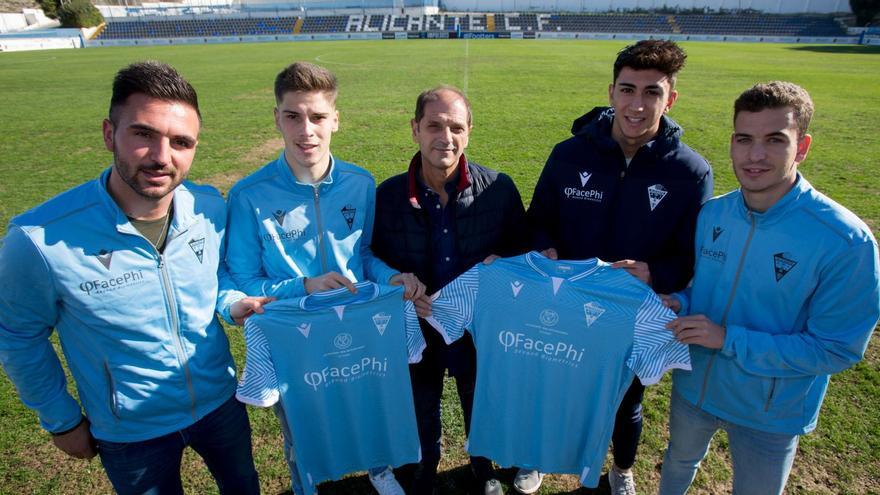 Paint the world blue for one night, turn it into something credible, into an appetizing dream. With the highest ambition, but with enough awareness to understand without shame that Primera’s rival is the only one who can lose him something. CFI Alicante is free to feel invincible for once, to behave like a giant killer, it has before it the opportunity to transcend, to start building on the embers of the extinct project that Antonio Solana raised a new destiny out of nowhere, an eloquent one. , boisterous and effervescent. Today, from nine o’clock, in El Collao, you can take the first big step.

Nobody is deceived in Alicante. Just look around to understand the differences. Five steps separate one and the other club. But Regional’s stamp is diluted within the Cup, addicted to surprises and hits. José Vicente Lledó, coach more by vocation than by recognition, does not have much hope of giving the bell “because there are five categories of difference and, except that Betis got carried away, I do not contemplate the miracle”, says the CFI Alicante coach. that he does want his team to “look good and compete in the game.”

For this tie, a single match, there are no celestial casualties. All components of the template are available.

Betis begins its third competition this season and does so with the undeniable objective of being planted in the final rounds, for which it will be essential to harmonize the management of the squad with the necessary competitiveness to face rivals who have the plus of the illusion and the spur of an eventual surprise.

Also Read  Hyundai Spain, leader of the Korean brand in Europe in 2021

To avoid it, Manuel Pellegrini will line up a team in which, with respect to the Europa League and the league competition, changes are presumed, although not that of the drawing with which the Verdiblancos usually stand and the tension demanded by the Chilean, who will use from his inexhaustible wardrobe fund to take advantage of this route, “a different way to get to Europe.” Betis traveled with the losses due to physical problems of Sergio Canales, who will be reserved, and of the Argentines Germán Pezzella and Guido Rodríguez, the Chilean Claudio Bravo and Martín Montoya.

Joel Robles could make his debut in the Betic goal, unprecedented so far, while in defense the youth squad player Kike Hermoso could have minutes, who already debuted with the first team in Pamplona against Osasuna and was the author of the Verdiblanco goal in El Sadar. The Chilean recovers Héctor Bellerín for the right-hand side, who did not play due to suspension against Levante and was replaced by Aitor Ruibal, who despite having left the field due to discomfort in the calf, is available for the duel against the Alicante after having trained this Tuesday.

Pellegrini will make use of William Carvalho, Cristian Tello or Borja Iglesias, among others. In addition, the coach can count on the French international Nabil Fekir, who will not play in the next matches of the Betics, against Barcelona and Celtic Glasgow, for being sanctioned in the League and Europa League

In addition to starting with the Franco-Algerian, the duel against the Alicante team seems ideal for the entry into the dynamics of the Sevillian team of the Mexican midfielder Diego Lainez, who already had minutes in the Betic victory against Levante last day and that could enter the starting eleven.

The celestial tide leaves at 7:00 p.m. from Antonio Solana

The CFI Alicante directive facilitates the free transfer by bus to the holders of the club’s supporter card who travel to El Collao, to witness the Copa del Rey match between CFI Alicante and Real Betis. The coaches will leave at 7:00 p.m. from the Antonio Solana sports center.

It is that, despite being expelled from their own stadium by the Federation, which did not approve the state of Villafranqueza’s grass, the Lledó players feel as wrapped up as possible. The Alcantinista board of directors will invite the bases of the club, those of the Lucentum Foundation and the Intercity quarry to this historic cup match. The leaders of the club, integrated into the SAD chaired by Salvador Martí, had defended the option of playing the tie at Antonio Solana, but the fact of ending up doing it 50 kilometers from there should not detract from the power of the sky.