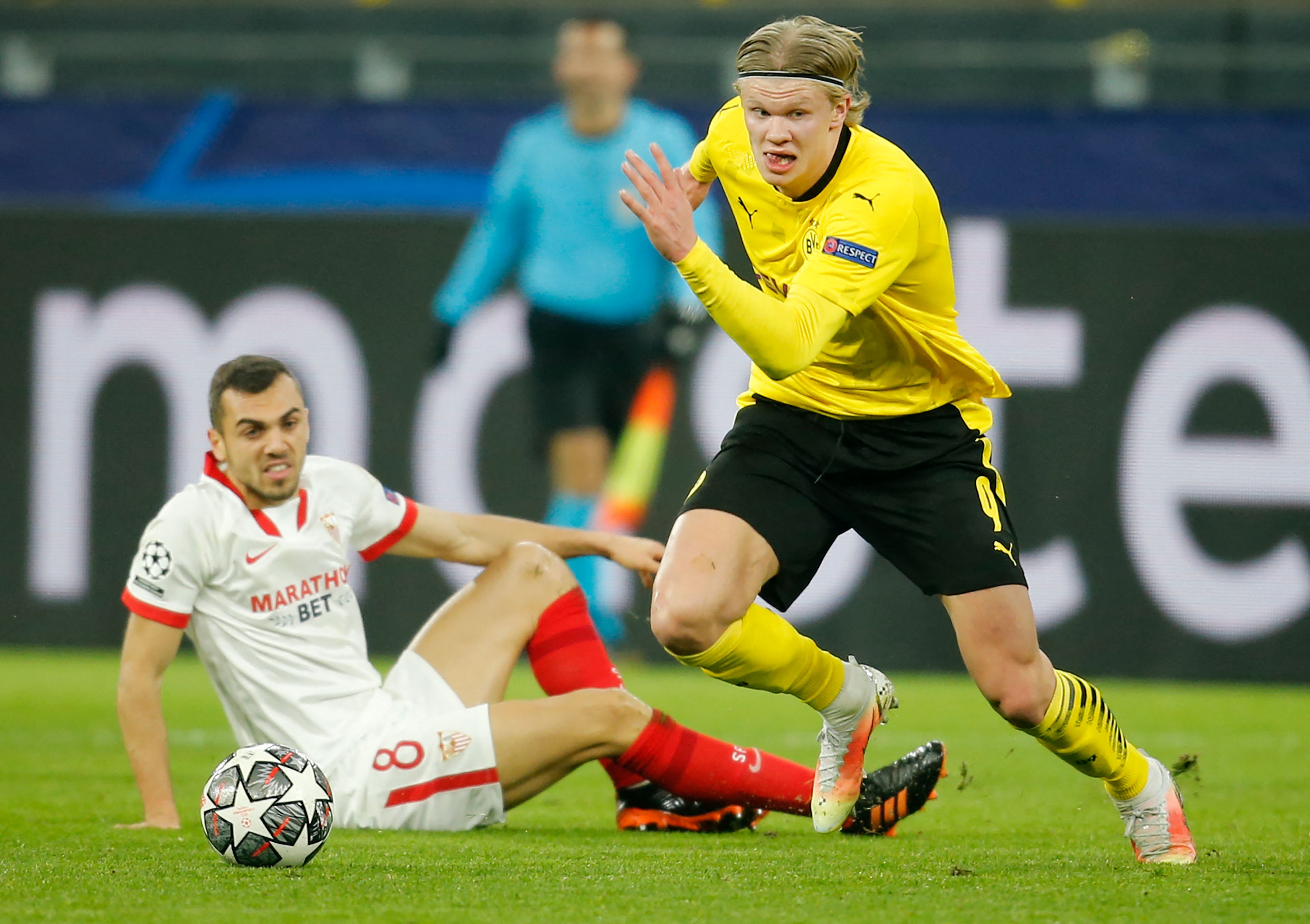 Haaland, a 20-year-old portent with no visible ceiling, entered the black history of Sevilla in his own right. The ambition and excessive thirst for greatness of this Norwegian ended with the Andalusian team’s participation in the Champions League. It was a harsh, bitter goodbye that will feed Haaland’s record and that places Dortmund in the quarterfinals of the highest continental competition. Sevilla fell on their feet, fighting until the last play, being brave, but surrendered to this footballer who has scored four of the five goals that his team has scored in this tie. Haaland was in all the attack plays of his team with a stellar, supreme role, perhaps in the company of Reus, the only footballer who comes close to him in this Dortmund. Sevilla, with an unbreakable heart, fought until the end and En-Nesyri made it 2-2 in the last gasp to touch the miracle of extra time. The Andalusians fell with their heads very high and showed an extraordinary character. They lacked hit and, perhaps, a player so definitive that the rival team did have.

Little, really almost nothing, could be reproached to Sevilla in their staging against Dortmund. Encouraged by the defeat in the first leg (2-3), Lopetegui’s team offered the version that was expected to compete at this point in the Champions League. Sevilla came out bossy and dominated with the ball a rival who has problems defending but who, nevertheless, guards as a treasure what Sevilla lacks. And that translates into something as basic in football as hitting. This Seville so accurate with the ball, to which Óscar in the midfielder gave a lot of football, ran into a problem that prevents growth to stellar heights. It is none other than the goal.

In half an hour of dominance, football and siege, Sevilla only had one clear chance to get ahead on the scoreboard. Ocampos had made a great play to assist Suso inside the area. The shot from Cádiz narrowly missed. In the previous minutes, only Ocampos had been able to upset Hitz’s spirits. While Sevilla excited with their football, Dortmund raised the chest to show the gold.

A fumble between Navas and Koundé activated the German team in an unexpected way. Suddenly, Mahoud assisted Reus, who grabbed Navas’s back while Bono took too long to get out of his small area. There is no forgiveness in the Champions League. In one breath, the German international fed the ego of that beast that is Haaland, who scored on an empty goal. The powerful Norwegian lifted his partner as if he were straw in the celebration of goal.

Sevilla had done many things well. Not all, of course, as he blew himself up in a play without apparent danger. The 1-0 forced the Andalusian team to epic and score at least three goals to get closer to the quarterfinals. Dortmund had penalized their only gross error of the first half to exaggerated limits.

The start of the second half was dark for Sevilla. The referee converted a Haaland goal into a penalty for a Koundé grab. Haaland was in all of them. Bono stopped the pitch but was ahead of the bill. The penalty was repeated and the forward, in a prodigy of personality, threw it from the same side to score this time. Then, the Norwegian and the Sevilla goalkeeper faced each other. The mess was formed and Haaland also showed that he has the character not to flee from the fight. The Andalusian team, with everything lost, went desperately in search of the Dortmund goal. It was an emotional, heartbreaking attempt, because Sevilla wanted to die fighting. A push from Can to De Jong caused En-Nesyri to make it 2-1 also from a penalty.

Lopetegui ordered a defense of three centrals and Haaland began to to receive by Diego Carlos and Fernando. The clash turned into an uncontrolled round trip, where the same Hitz stopped Papu that Bono did miracles against Mahoud. Sevilla insisted and insisted and found a prize in the last play of the game with an En-Nesyri shot that made it 2-2 in the 95th minute. He still had one more minimal option to force the extension, but Diego Carlos could not finish after a pass from Rakitic.

There the options of a team that ended its history in this edition of the Champions League died definitively while Haaland continues to feed its loot. Actually, the great difference was made by the Norwegian, vital both in the first leg and in the return to condemn this Seville who died killing. It is a team that is better off epic than speculation.