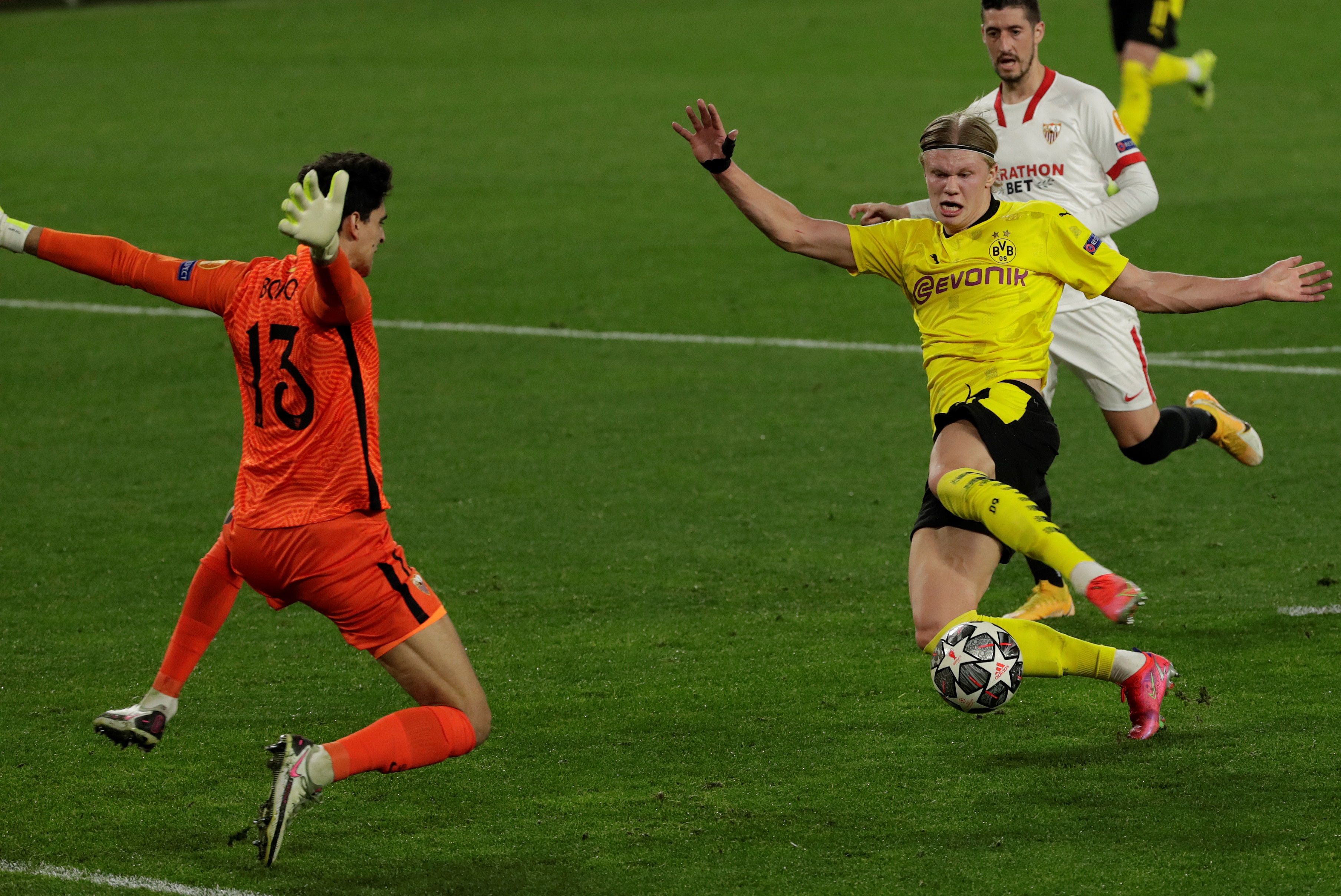 The great games are for the great footballers. Extraordinary catwalks for footballers like Haaland to appear at these special events. The Norwegian forward terrorized Sevilla with a brilliant first half to give Dortmund an important but not definitive advantage in this round of 16 leg. After a first half where the Andalusians were widely surpassed, Sevilla was rebuilt in the second with the changes, tactical and men, introduced by Julen Lopetegui. Dortmund played at times at a speed unattainable for Sevilla. Especially thanks to Haaland, who amazes with his numbers. He has scored 25 goals in 24 games this season and has already eight in this edition of the Champions League. Sevilla, who could hardly compete in the first half, at least tried in the second. He even touched the equalizer after De Jong’s goal with a great shot from Oscar to the post. Sevilla, despite the bad result, is conspiring to give war in the return. Dortmund have great virtues, but they are also weak at the back.

Tired of celebrating triumphs in the Europa League, this trustworthy Sevilla put itself long into the decisive phase of the Champions League to receive a real slap on the face. A train led by a great Haaland and a dynamic Sancho passed over him, ending the virtues of the Andalusian team, unable to impose the necessary rhythm of play in a match played at a speed that its players cannot reach. Amazed on the bench, Lopetegui observed how a game that turned sweet with Suso’s lucky goal turned to become an ordeal for his team, a torment for some players accustomed to another rhythm, massacred by the vitality of the players of the Dortmund from midfield onwards.

The best exponent of Dortmund’s dizzying game was, without a doubt, Haaland. A 20-year-old wonder who plays at a fifth speed, that of the chosen ones. Norwegian expresses himself with extraordinary power. Only in this way can it be understood that with the 1-0, the Nordic attracted up to three rivals on the wing to leave the ball on the edge of the area to Dahoud. The cut and the definition of the midfielder were of a great level to beat Bono, something that had not occurred in the seven previous games of Sevilla, where he had not conceded a goal.

With the tie, the game required a great deal of intelligence for the Andalusian team. Especially because with the field ahead and the explosiveness of its players, Dortmund is a very dangerous team. Sevilla, really, did not have a plan because they limited themselves to playing in a certain order, but in a predictable way, without the ability to overflow and with their players dwarfed by the strength of their rivals. The most obvious sample was Dortmund’s second goal. Haaland changed the pace as the Sevilla defense recoiled, unable to stop him. Sancho’s wall was pinpoint and the Norwegian almost got the ball into the goal. Overflowing and without arguments, with footballers like Rakitic or Papu overcome by a gale, Sevilla simply did not offer answers to a Dortmund well behind.

The third blow came in a typical action for the German team. His players harassed Papu like wolves in the center of the field. The Argentine had received a very difficult pass from Rakitic. After the robbery, the backlash was created in seconds for Sancho to assist Haaland, who scored his second goal of the night.

Lopetegui moved the chips well after the break. He ordered a defense of three centrals, with Fernando behind, plus Gudelj in the middle. Revitalized by the entry of footballers such as De Jong and Óscar, Sevilla shortened the gap and touched the equalizer in a foul. He got rid of his complexes and competed to clean up a bad result, but not impossible to overcome on the lap.