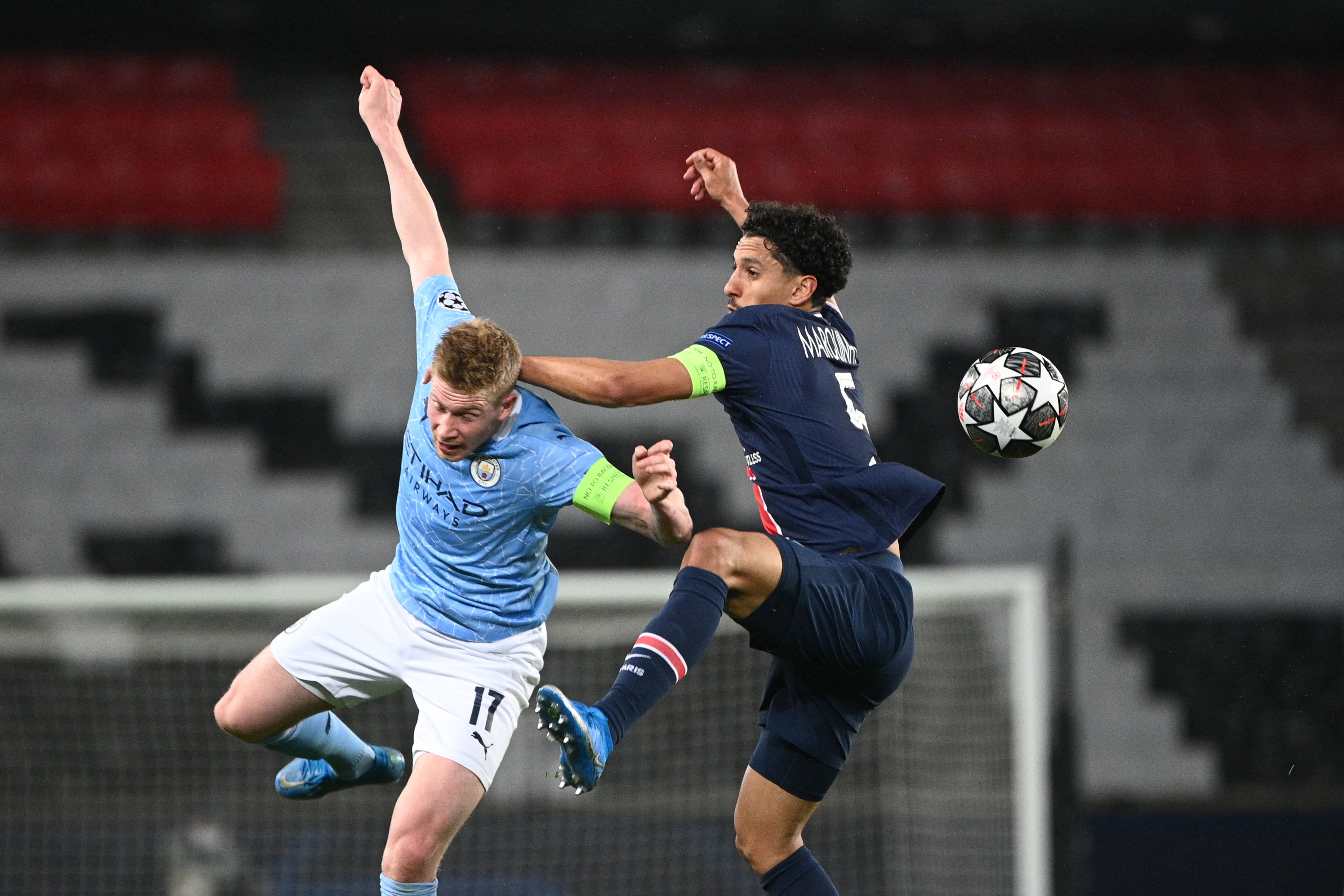 The Champions League semi-final between PSG and Manchester City was presented with the appearance of an anticipated final. The most opulent teams remaining in the tournament were measured in a geopolitical duel, financed as are the clubs by monarchies of the Persian Gulf embarked on a feverish race to lift the European Cup. The poster promised a great show. The first leg, however, was settled between the tactical calculation, the set pieces, and even the intervention of the VAR to send Gueye off in the absence of ten minutes. PSG was superior in the first half and City replied in the second. De Bruyne came back with a more or less fortuitous goal – Keylor was wrong – and Mahrez nailed the 1-2 free kick through a gap in the barrier. The result opens the door for Guardiola that leads to his first Champions League final outside of Barça.

The first 45 minutes of the tie recreated Guardiola’s Pyrrhic victory on a tactical level. City annulled Mbappé and he was deformed in the process. From the transformation of the entire team to protect themselves, the doubts of their players arose, and in the uncertainty came the crisis. For half an hour the visitors searched for their place on the pitch without finding it, because in the first place they lost control of the ball that constitutes their identity. PSG did not need Mbappé to occupy the opposite field and spill approaches and corners. At the exit of a corner kick Marquinhos headed 1-0.

The paradox of a model that demands fanatical application for its full development turns Guardiola into a captive. The most gifted coach that exists to activate the 4-3-3 pump is the victim of a contradiction verified for five years in each of the crosses that have left him out of the Champions League. Greater prudence leads to greater risk. Delaying Gundogan 15 meters to assist Rodri has almost always had counterproductive effects to the extent that it has detracted connections to that synapse that the team fosters at its best with De Bruyne, Foden and Bernardo Silva.

In the Parc des Princes the operation was repeated so many times, frustrated. Gundogan was paired with Rodri at the start of play while Cancelo, selected for his physical presence, remained on the left side closing the lane. So Mbappé was isolated, and PSG failed to complete clear counterattacks because Verratti and Paredes failed to straighten the first passes. But when City got the ball back, they lost time getting into position and the pace of deliveries was never enough. “Move Rodri! Move! ”Guardiola shouted from the side, asking for passes with one or two touches. But his players, too far apart, failed to hit their attempts or drove where they should not.

There was a symptomatic play before half an hour. Gundogan crossed the midfield line and, without accompanying the play, sent the ball to Foden to face the defenders. When Foden lost the ball, Gundogan was 30 meters away, unable to put pressure on the rivals who came out and leaned on Di Maria. It was in actions as well that PSG began to dominate all the records of the game, guided by the compass of Neymar, his boatswain Verratti, and the always unpredictable Di María.

Urged on by the need to react at 1-0, Gundogan stepped forward. Shyly, but it happened at last. The move, coupled with the replacement of Cancelo by Zinchenko after the break, helped City regain their pulse. Because in 4-3-3, and that Guardiola has sublimated like no one else, those who disengage the rival defenses are the two interiors before the wingers or the forward. With Gundogan reincorporated to the offensive role, the chain added links and Bernardo Silva and De Bruyne began to intervene more encouraged by a whole squad that accompanied them to support them. Thus, from an error in the departure of Paredes, the first occasion occurred for City, when Silva left Foden alone. Keylor stopped.

Mbappé had only one chance to show off. It was in a heads up with Dias. Its overflow, announced, was even more impressive. A ray. The low center passed within an inch of Verratti’s foot. The 2-0 was there.

Perhaps too confident in his defense, PSG seemed to speculate backing down. He had arguments to do so but the procedure allowed the advance of the City en masse to the vicinity of the Keylor area, with the danger that this entails. The 1-1 was unleashed after a corner. The play was going nowhere when De Bruyne sent a threaded cross to the far post for the Stones to head. There was no pitching. There was no clearance. Keylor did not read the trajectory and the ball went to the box. Before the stupor of PSG, minutes later, Mahrez put the reliability of the barrier to the test in a direct free kick. The barrier was broken.

“They are football accidents,” lamented Pochettino, the local coach. “They are inexplicable details.”

The City did not generate shots in clear situations. It was enough for him to regain control of the ball to destabilize an opponent who ended up stumbling alone. PSG caused unnecessary fouls, Gueye’s squad hit Gundogan from behind, at the head of all. The expulsion of the midfielder, at the request of the VAR, was a blow. Inadvertently, the winner became resilient, lost energy, and ended up with no response. “It is difficult to understand that we have lost this game,” said Ander Herrera, on his way to the locker room. Almost as incomprehensible as Mbappé’s production, unable to make a shot throughout the game.

Guardiola: “I only ask the players to be ourselves”

“We felt the pressure and conceded 1-0,” Guardiola said after the comeback. “Sometimes the players have to touch the ball many times and other times they have to touch only one to get out of the pressure. It is normal [fallar]. You want to keep the ball, there are 180 minutes to go and you don’t feel liberated. For most of these players, being in a semi-final was something new and they wanted to do well. We didn’t have the right possessions in the right places. These things are normal. We changed the way we pushed a bit and in the first 30 minutes we were very passive ”.
The Manchester City manager admitted that the tactical changes he ordered were not well digested by his boys. “At the end of the first half we were more aggressive in pressure,” he said; “This is not easy against Neymar, Di María and Mbappé. We improved, and the second half was excellent in all aspects. We scored two goals away from home, something that is very important and very difficult in this field ”.
“I am very satisfied with the performance of the team. In six days we will have a hard job. Anything can happen with PSG. We are halfway there and to get through the tie we have to learn that we have to be ourselves. It is the only thing I ask of the players for the second leg. I hope I find the right words to explain it to the players ”, he concluded.