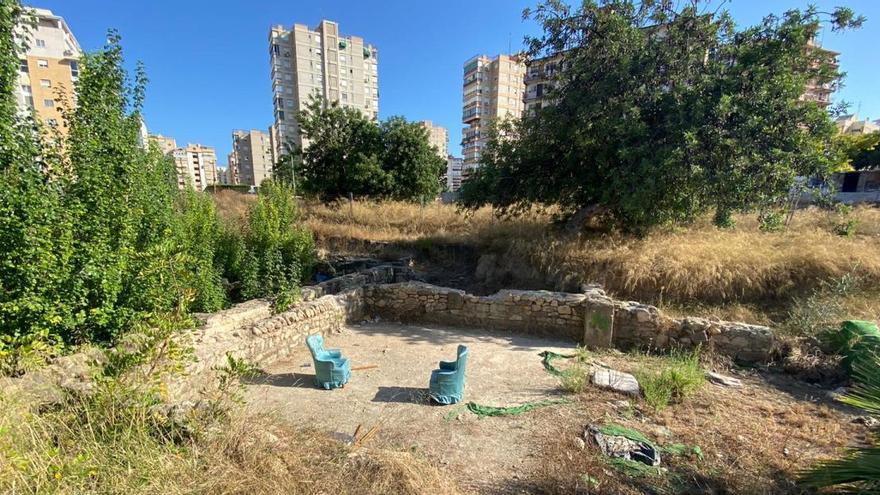 However, if we stop to analyze in detail the information offered by the Councilor for Culture and municipal spokesperson for the bipartisan, Antonio Manresa, on the actions to be carried out by the aforementioned agreement and the situation of these archaeological ruins, declared a Site of Cultural Interest (BIC), let’s not forget it, we will see that this announcement, publicized from the rooftops as a success, supposes, rather, the public recognition of a failure due to the abandonment policy that our City Council has been practicing for a long time regarding our city and its heritage.

In the eighties, valuable archaeological remains from Roman times were identified on a plot located next to the Parque de las Naciones urbanization, in the Albufereta neighborhood, which led in 1987 to carry out a major campaign of excavation and cataloging of the remains found. Along with the remains of an oil mill or torcularium, a necropolis, an area of ​​hot springs with a hypocaustum or heating system were identified, as well as an oven that could have been used for the manufacture of bread or glass, along with urban structures with rooms decorated with wall paintings and a warehouse. There were also outstanding pieces of pottery, coins and the remains of columns from a possible religious building.

The years passed and the site where the valuable ruins found were located did not stop deteriorating, accumulating rubble, garbage and waste. Twenty-three years it took to undertake a new campaign of excavation and conservation. It was in 2010, with the support of the Servef (Valencian Employment Service) and the full funding of the Generalitat Valenciana, at no cost to the City Council, hiring a team of 26 people who worked for six months, consisting of four archaeologists, two restorers, four draftsmen and sixteen laborers. The importance of the work carried out made it possible to accurately map and catalog the set of ruins, becoming aware of their important historical and cultural value. At the same time, remains of enormous value were found and located, coinciding with those that were already identified in previous years. Thus, six tombs and four funeral urns were rescued, accompanied by numerous fragments of ceramic vessels and utensils, a coin from the time of Augustus and decorated bones. After studying the pieces and remains found, the technicians concluded that they dated back from the high Roman Empire in the 1st century to the 4th or 5th century in the late imperial era. A true historical gem that acquires more value if it is connected with the valuable archaeological ruins of Lucentum, located in the environment.

Once this archaeological campaign was finished, the remains were covered with plastic, fenced off with very flimsy metal fences and it was built, with money from Plan E from the time of Zapatero, a concrete perimeter wall with a metal fence in the area that overlooked Avenida de Miriam Blasco. But the archaeological ruins were left to their fate once again, filling with weeds and plants, with a gradual degradation that has turned the heritage found into a garbage dump, a rubbish dump or simply a bottle of water and a place to deposit all kinds of waste. Even the City Council itself, doing a terrible pedagogy, has used the site as a stone deposit for years, as can be seen when visiting the place.

This process of abandonment has not prevented that, since then, different municipal governments have announced year after year all kinds of wonders about the place, including turning it into an open-air museum that can be visited, while the abandonment and visible deterioration of the ruins became unstoppable. , despite being considered a BIC with comprehensive protection. Hollow propaganda in the face of harsh reality, something quite common in Alicante.

Now, the Councilor for Culture announces, with great fanfare, a phase 0 for this valuable archaeological site that starts with the cleaning of the area and the elimination of weeds and shrubs, the consolidation of the structures found and very degraded in some cases, together with the identification with geo-radar of all the remains to plan subsequent actions. Excellent, magnificent, but wouldn’t it have been better if our City Council had not allowed such valuable archaeological and cultural heritage to be abandoned until it became a garbage dump invaded by weeds and full of waste? How can a public abandonment of the municipal obligation of protection of a cataloged and protected asset like this for more than twenty years? It is not necessary to remember, or yes, that the bipartisan has more than two years in the government and Barcala more than three as mayor.

But the bad thing is that this same example can be found in many other cases in the city. Therefore, it is urgent to change once and for all the culture of abandonment that has soaked, for a long time, too many spaces in municipal management in Alicante.