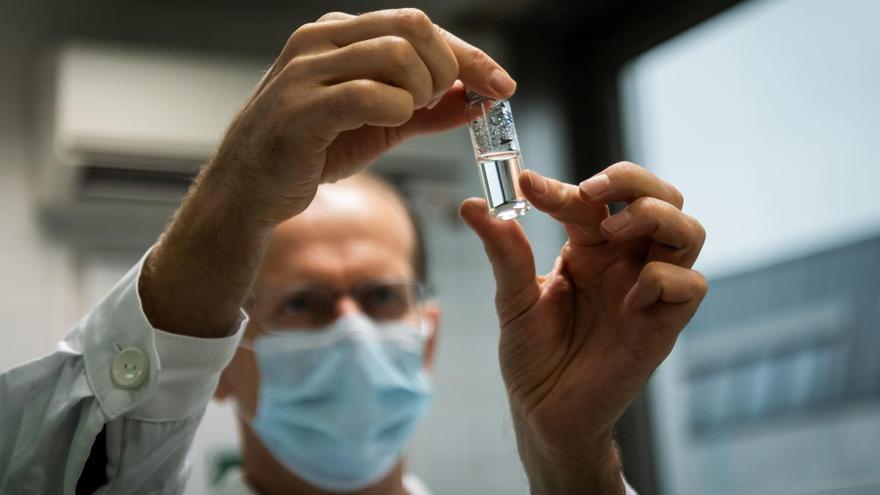 The virus Chapare, a type of arenavirus known in Bolivia since the early 2000s, has made headlines again following a recent report confirming its person-to-person transmission, report based on inquiries made after five infections in this South American country in 2019.

Although its appearance is not recent, nor has there been an outbreak in Bolivia so far in 2020, the latest information in this regard has raised alarms in a year in which a new virus, SARS-CoV-2, has had in vilo the whole world.

What is new is that the study confirmed that this type of arenavirus, which causes a kind of hemorrhagic fever, It can be transmitted from person to person and not only by coming into contact with infected jungle rodents, the director of the Departmental Health Service (Headquarters) of the central region of Cochabamba, Yercin Mamani, explained to Efe.

These are some keys to know what this virus is about and other details:

In Cochabamba is the Chapare province, which gives the virus its name because it was there, in the town of Samuzabety, where it appeared for the first time in 2003.

The virus causes one of the two hemorrhagic fevers in BoliviaThe so-called Chapare, while the other is Beni, the Amazon region located in the northeast of the country where there was an outbreak in the 1980s, Mamani said.

The carrier of this type of arenavirus is a wild rodent that usually inhabits the northeast Amazon of Bolivia, but whose presence was also detected in 2019 in the subtropical zone of the Yungas, in the department of La Paz, as reported at the time by the national health authorities.

A study from the Centers for Disease Control and Prevention? (CDC, in English) of the United States released this week confirmed that this type of virus can also be transmitted from person to person.

The forms of contagion are by coming into contact with bodily fluids such as blood, saliva or urine, unlike the coronavirus that is transmitted through the air, Mamani clarified.

Symptoms include fever and pains in various parts of the body, in addition to bleeding gums that eventually can lead to “massive internal bleeding, coagulopathy and multi-organ failure” which is what causes the death of the patient, he said.

The cases in Bolivia

Mamani explained that it is not ruled out that there have been other cases in Bolivia before 2003 because until then the Chapare virus was not known.

In 2014 there was a suspected case in the Chapare that was later discarded and there were no others until mid-2019, when five infections originated in the town of Caranavi, in the Yungas of La Paz, he recalled.

On that occasion, the “index patient”, a local who arrived at the Caranavi hospital with a feverish illness, infected a doctor who was completing her internship there before graduating and who also fell ill.

The young woman was transferred to La Paz where, in turn, two other doctors who treated her were infected, while the fifth case was a farmer who became ill months later.

Bolivia then activated biosecurity protocols with the World Health Organization (WHO that included the arrival of specialists from abroad to identify the virus.

Initially, the cases were treated as an unknown viral disease, although later it was confirmed that it was an arenavirus caused by the Chapare genotype.

Of the five cases reported in 2019, three died and two overcame the disease, including the farmer and a doctor who was admitted to a hospital for more than five months.

In the wake of the 2019 outbreak, blood samples from the “index patient” and other infected were sent to the CDC for a study.

The final report, released this week, indicates that the genetic code obtained from jungle rats Samples from which samples were also taken coincide with those of the deceased patients in La Paz.

As these patients have not been in contact with rodents, but have been in contact with infected people, “it comes as a new conclusion from this article that the virus can be transmitted from human to human through body fluids that have a high viral load” Mamani explained.

“That is the new conclusion, because before it was simply known that was transmitted from the fluids of rats, especially from urine, towards humans, “he said.

Having taken the 2019 outbreak as the basis, the recent report calculated the fatality rate at more than 60%, as three out of five infected died.

According to Mamani, this is why it was said that it would be more lethal than Ebola, as the mortality rate from this disease is 45%.

One of the actions that were taken in 2019 to control the outbreak were the deratizations in the affected area.

So that there are no infections, the main thing is to avoid contact with the vectors, which in this case are jungle rodents, said the director of the Cochabamba Headquarters.

“First, do not go into those places and if you go, you must take security measures corresponding, such as the use of boots to avoid coming into contact with these fluids or being bitten by these rats “, he recommended.

If a person has any symptoms related to the disease, they should go immediately to a health center because, although there is no specific treatment for the disease, “it can be symptomatic treatment and save life.”