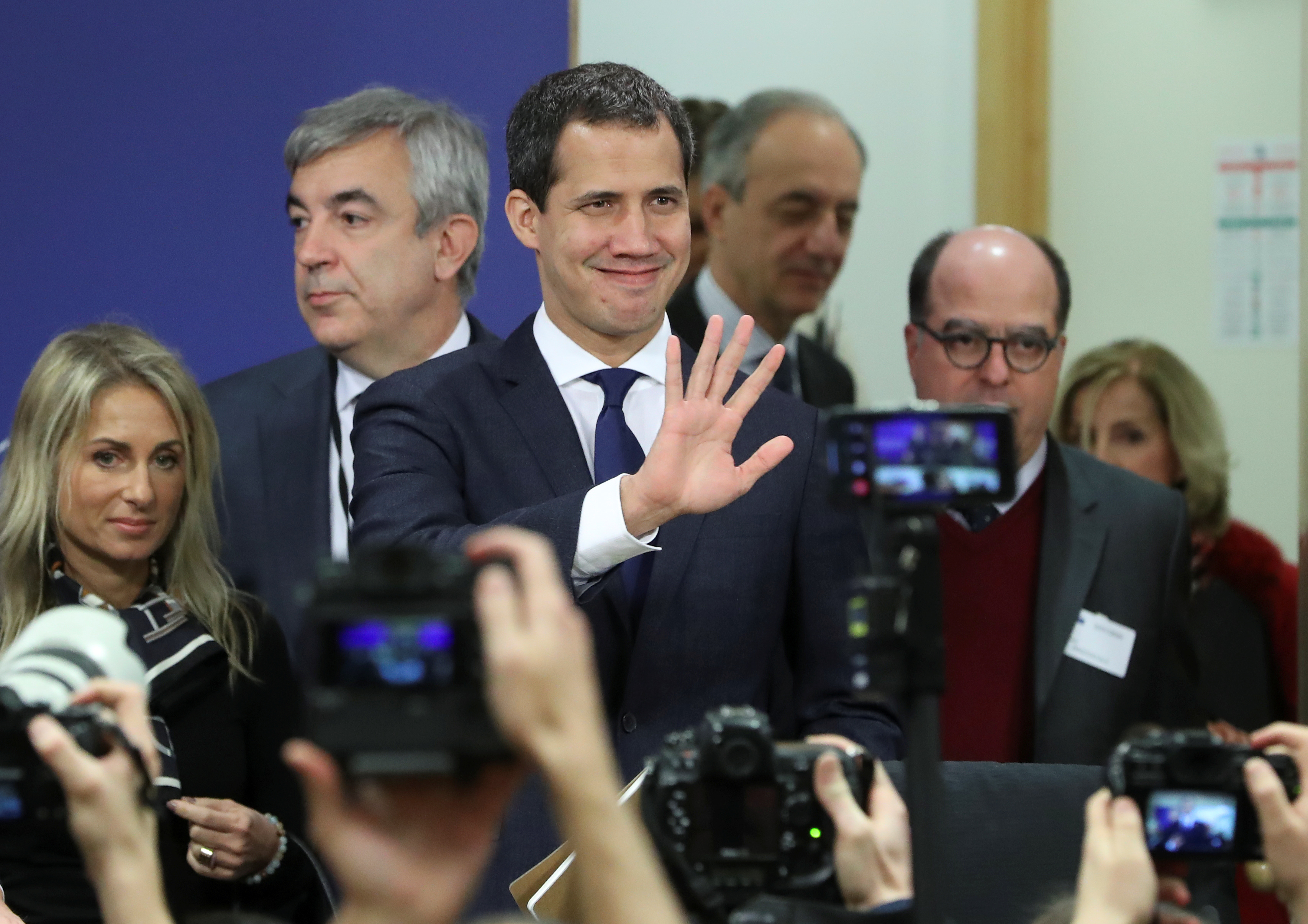 Chavismo regained control of the National Assembly of Venezuela that it had lost in 2015 on Tuesday. The legislative elections in December, rejected by the vast majority of the opposition and questioned by the main international bodies, gave the coalition of parties that backs Nicolás Maduro more than 90% of the 277 seats. And despite the fact that these elections registered an abstention of almost 70%, according to official data, the government’s political apparatus now dominates in practice all the country’s institutions. The National Assembly was the only one that remained in the hands of the anti-Chavez forces and was led by Juan Guaidó. The opposition leader tried, however, to keep up with Maduro and took office as president of a parallel Chamber, considered by his followers as the authentic National Assembly.

What happened in Venezuela with the beginning of the legislature deepens the serious political conflict and does not resolve the institutional crisis that has convulsed the country. It represents a further twist in the consolidation of the regime, whose spokesmen boasted of having managed to resist enormous internal and external pressure. In the first session of the new legislature, its new board of directors was immediately elected. Jorge Rodríguez, a key man of the Miraflores Palace with influence on Maduro, and until October Minister of Communication, will be its president. The two vice presidents are Iris Varela, one of the most radical figures of Chavismo, who until now served as Minister of Penitentiary Affairs, and Didalco Bolívar, a veteran politician, governor of the State of Aragua in the 1990s, close to Maduro and father of the opposition leader of the Popular Will party, Manuela Bolívar.

Rodríguez issued a clear warning to opponents, whose attempts to bring about political change have failed time and again. “Reconciliation yes, but without amnesia. Sorry yes, but without forgetting. There are crimes that cannot be forgiven, there are crimes that must be paid for, “said Rodríguez, who minutes later insisted:” There can be no forgiveness with forgetfulness, there can be no reconciliation with amnesia. They dared to sign a contract where they accepted and paid 200 million dollars to mercenaries to assassinate the President of the Republic ”.

The leader was referring to the failed maritime raid last May in which at least two former members of the United States Special Forces participated. That operation, in which at least seven people were killed, was the latest and wild attempt by a sector of the opposition to overthrow the regime. According to the Chavista leader, in recent years his adversaries “mounted an apparatus of psychological and media warfare, of sanctions, to weaken being Venezuelan.” “There are offenses that cannot be ignored,” he stressed. “We are forced to exorcism,” he went on to say.

Rodríguez also invoked the need to control the origin of the funds of many NGOs and held the opposition responsible for promoting the country’s patrimonial bankruptcy, leading a life full of luxuries in exile, and embezzling international funds that support the strategy of Guaidó and his apparatus. “Not a half to our immigrants, to our compatriots in exile. Everything to their accounts in tax havens, ”he said. In the brief debate that took place before the appointment, José Gregorio Correa, one of the few dissident elected deputies, snapped at the Chavista caucus: “80% of Venezuela did not vote for you and today you occupy 90% of the seats. You are more deputies, but each time you represent fewer people ”.

Diosdado Cabello, former president of the National Constituent Assembly and considered as the number two of Chavismo for its influence on the bases and the ruling formation, the United Socialist Party of Venezuela (PSUV), also dedicated its turn to speak to charge against Guaidó and the opposition. “They must remember the coven of January 5, 2016, the madness, they thought that from the National Assembly they could change the government structure, the will of a people. They couldn’t, ”he said about the last legislature. At the time, the anti-Chavista coalition Mesa de la Unidad Democrática (MUD) had just won the parliamentary elections thanks, mainly, to the impulse of Henrique Capriles. This leader was very critical of the strategy of Guaidó and Leopoldo López in recent months and even considered attending the December legislative elections. Finally, it did not do so after the European Union refused to accompany that process for lacking sufficient guarantees.

In any case, the parties opposed to the Bolivarian regime, cornered and harassed by the justice and the security forces, turned Parliament into their political platform. It was by virtue of his position as president of the National Assembly that Guaidó declared himself interim head of state two years ago, replacing Maduro. Now, by de facto losing that position, international recognition as “president in charge” may also decline. That is why the politician from Voluntad Popular, the party founded by Leopoldo López, seeks to retain control of an opposition Assembly, even in a symbolic way. This Tuesday he did it through a virtual session, accompanied by his followers.

Most of the opposition deputies participated virtually, with a quorum of between 104 and 147 people, according to the Assembly’s communications team, which indicates that the main and alternate deputies joined. The “administrative continuity” of the Assembly advocated by Guaidó, however, is limited to the Delegate Commission with some 25 parliamentarians.

From early in the morning, officials from the Bolivarian Intelligence Service (Sebin) were posted in front of Guaidó’s residence in a threatening attitude. The opposition session was held in an auditorium with a discreet call. “Maduro, we are standing here,” Guaidó said. “The dictatorship bet that we were going to leave the country, and the answer is simple, here we are, here is Parliament defending the Constitution.” Guaidó made a passionate call for unity, referring directly to his rivals within the opposition, “it is time to rebuild this moment, this is the last call of the homeland.”

“From my condition of interim president and president of the National Assembly, I call on everyone to build the defense line of the Republic and democracy in this country,” said the opposition leader. One of his main concerns is now the support of the international community, to which he turned to ask for support in the fight “for free, fair and verifiable presidential elections.” “The call to the international community is to support the mechanism for solving the conflict that involves holding free elections,” he stressed.

Its main supporter, US President Donald Trump, is about to leave the White House after years of failed strategies. Trump tried to use the conflict in Venezuela internally to achieve electoral gain and now his successor, Democrat Joe Biden, will have to decide whether to maintain or change the diplomatic approach with Caracas. At the same time, the European Union doubts whether to confirm its recognition of Guaidó and is studying a formula to continue supporting him without explicit acceptance of the figure of interim president. At the moment, no one sees the horizon of a presidential election accepted by all. And the path of the opposition today entered a more hostile territory, in which it will have little room for maneuver.

With information from Florantonia Singer from Caracas.