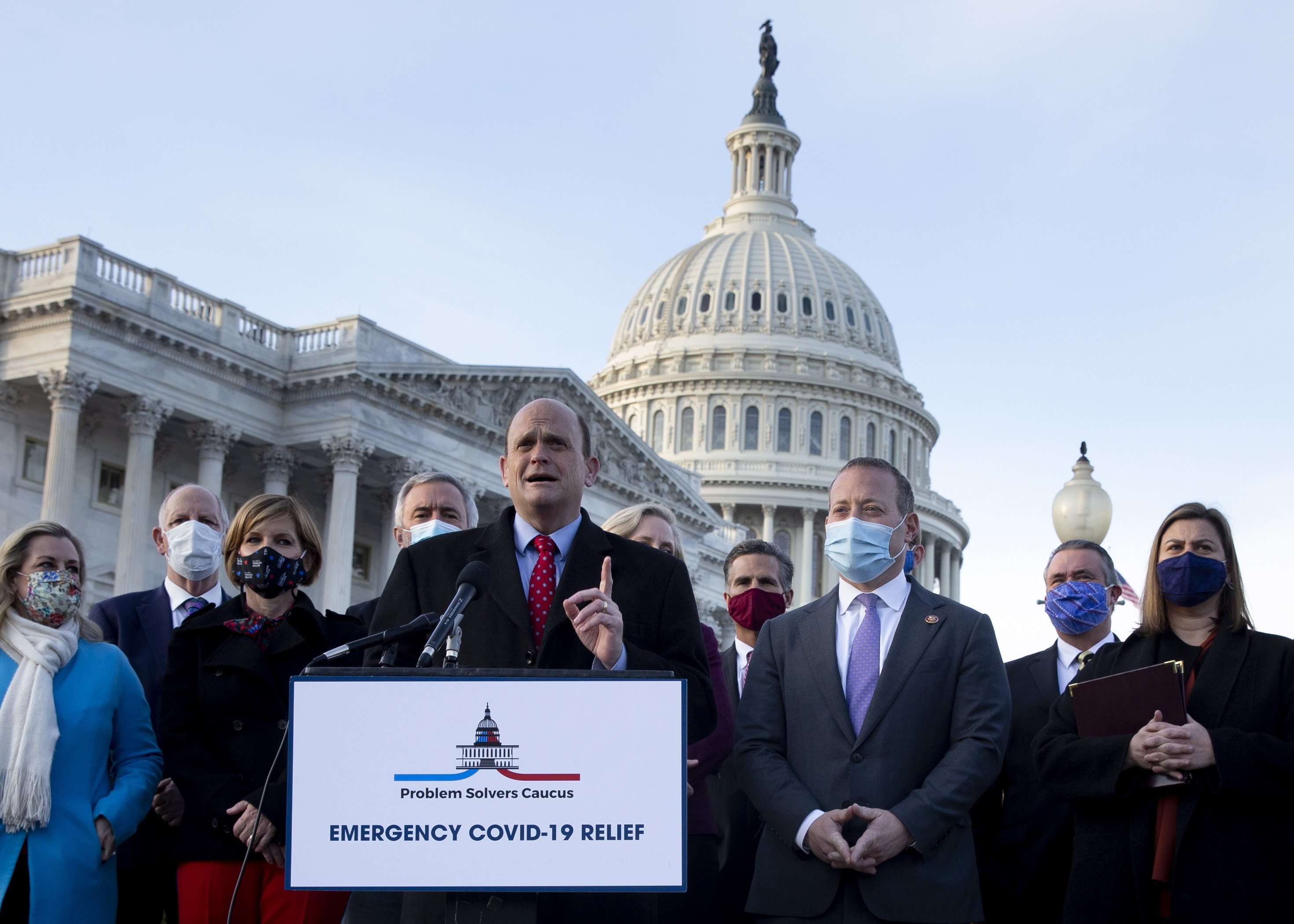 An image of the Statue of Liberty, the name of President Donald J. Trump in the lower left corner, and above it, three words: economic impact payment. 70 million checks like that began to travel in April from the US Treasury to individuals. Each adult with an annual income below $ 75,000 received $ 1,200, with an extra $ 500 for each child. It was the first flight of the monetary helicopter that Milton Friedman was talking about in Money paradoxes (Grijalbo), but not the last. A few days after the end of the year, the US Congress and Senate have approved another public stimulus with a check included, this time for half, 600 dollars, and a little more for each child, another 600. The objective is clear: to give oxygen to the family economies suffocated by the pandemic and to revive consumption.

The direct assistance of the US Administration to the citizen is the most obvious example of a global phenomenon: that of the public lifeguard against the pandemic. The shield has other layers. From moratoriums on the payment of mortgages or taxes, guarantees, ERTEs, aid to companies and the self-employed or debt purchases by central banks.

The figures are dizzying, to the point of being difficult to assimilate. As of September 11, the International Monetary Fund estimated that governments had deployed 12 trillion dollars – since then there have been new injections -, and central banks 7.5 trillion – led by the FED, the ECB, the Bank of Japan and England – for an effort to rebuild the productive fabric that had not been seen since the Second World War. A study by the consulting firm McKinsey estimates that counting only the capital disbursed by the countries of Western Europe, the amount is 30 times the Marshall Plan. Then it was more visible where to start: there were tons of ruins. Now, the structures are standing, but in many cases empty and with the padlock in place or to be taken.

The successive extensions of stimulus plans to protect workers, save companies or support the health system around the world make calculating their total a complex task. The United States started with 2.2 trillion dollars in April, that same month it expanded it by another 500,000 million, and if a veto from Donald Trump does not prevent it, it will soon launch a third of 900,000 million. To this must be added the four trillion of liquidity that, according to some estimates, the Federal Reserve has injected.

Also Read  "We will be a transitional government"

The United States has been the one that has resorted the most to direct aid, but outside the largest economy on the planet, activity has also been frantic. Japan added 2.2 trillion in packages approved in April and May, to which it added 708 billion at the beginning of December. The EU recovery plan, which for the first time will issue common debt, will have 750,000 million, and the ECB will buy debt for 1.85 trillion. Several national programs are also important: the German adds 1.3 trillion in direct payments and especially guarantees, that of India exceeds 300,000 million, and the French 100,000 million in subsidies, tax cuts and investments. “These grants have saved lives and livelihoods. But they are costly and, combined with the sharp drop in tax collection as a result of the recession, they have pushed world public debt to an unprecedented high of around 100% of GDP, “warns the International Monetary Fund.

Despite its enormous amount, one of the surprises has been the strange unanimity surrounding the disbursements. A harmony that did not even exist during the Great Recession, when the countries of the South discussed the austerity imposed from the North of Europe, and hawks and doves collided in monetary policy, with Berlin directly blaming the European Central Bank for expropriating German savers and encouraging the rise of populist parties due to their low interest rate policy.

“We have learned from the mistakes of the past and now there is consensus that the risk of doing too little is much worse than the risk of doing too much. Obviously, this has a cost in terms of deficits and debt, the effects of which will have to be dealt with, but the alternative of not supporting the economy was much worse given the magnitude of the collapse and the type of shock that the pandemic represents ”, explains Ángel Talavera, head of the European Economy at Oxford Economics.

The IMF estimates that in total governments have mobilized resources equivalent to 12% of world GDP: half in additional spending or temporary fiscal cuts, and the other half in liquidity support, including loans – such as those launched by the Official Credit Institute in Spain—, guarantees and capital injections. According to McKinsey, Germany, Japan, France, the United Kingdom and the United States are, in that order, those who have dedicated a greater portion of GDP to combat the economic effects of the pandemic if all financial instruments are taken into account and not only direct payments. The German government has taken advantage of the suspension of European fiscal rules and its wide margin of indebtedness to cover up to 70% of the fixed costs of the companies most affected by the crisis (90% in the case of small firms).

To cite some cases in just one of the sectors hit, the airline, France and the Netherlands used 10,000 million euros of public funds to save Air France-KLM from the collapse, Germany came to the rescue of Lufthansa with a package of aid of 9,000 million and the United States provided a $ 17 billion loan facility to Boeing.

With the vaccination campaign already underway in a handful of countries, hasn’t the time come to withdraw the stimulus? “The fact that vaccines are in the offing does not suggest that it is time to reduce support, which was done too soon after the global financial crisis. Rather, it confirms that health and economic policies must go hand in hand, ”says the OECD. And is there no risk that the debt burden is indigestible? “The broad fiscal support is taking the levels of public debt to record levels, but the cost of debt is at historic lows,” the agency adds.

Talavera believes that it is too early to know the real impact of the stimuli, but believes that the treatment is effective. “Although we will need years to know the consequences, an expansive policy in the face of a shock of this type can limit the long-term damage and the extension of the crisis, and I am much more optimistic than with the financial crisis, when Spain took almost ten years to recover the previous level of GDP ”. Now, the perspectives of the Bank of Spain place that moment in mid-2023, a total of three years of crossing the desert.

Comparisons with the financial crisis have become recurring, something normal considering that it has been the biggest economic trauma so far this century. This time, both the blow and the scarring aim to be more powerful and fleeting. GDP fell 15% in the euro zone during the first half of 2020, tripling the fall experienced in the two worst quarters of the financial crisis, but subsequently recovered by 12.6%, a sign that the rapid response public is working. The impact, however, has been uneven, while in Germany real household income fell by around 1% year-on-year in the first six months, in Spain and Italy the contraction was more severe, 8% and 7% % respectively, according to the Bank of Spain.

To mitigate the onslaught of the virus, fiscal discipline is no longer a virtue: public deficits will skyrocket to around 12.7%, according to the IMF, with countries like Canada going from 1.7% to 17% or the United States. taking it up to 14.9%, above three trillion dollars. And growing. The new Treasury checks are about to go to press. If Trump allows it. The outgoing president considers his amount of $ 600 “ridiculously low” and is committed to showering each American with a wad of thicker bills, specifically $ 2,000.