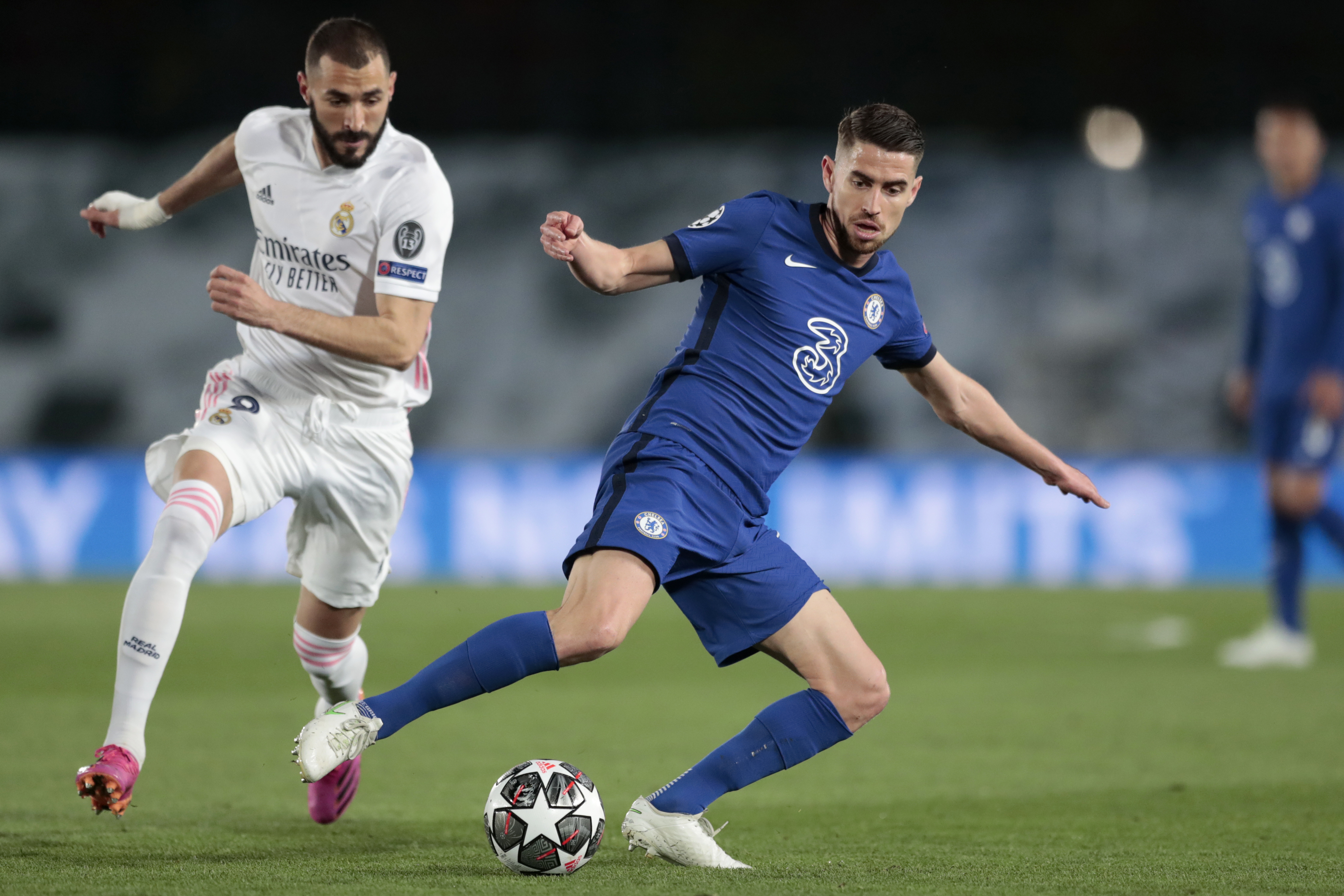 “We need a rhythmista! ”, Said Tite, uneasy, on the way to the World Cup in Russia. The Brazil coach scanned the horizon and did not see a single midfielder capable of masterfully marking the times of the game throughout the richest country in world football raw material. The finest of the Brazilian midfielders had just been nationalized Italian. The CBF called the episode one of the biggest mistakes in its history. The boy responded to the name of Jorge Luiz Frello Filho (Santa Catarina, 1991). Tonight he will handle the strings of Chelsea against Madrid in the second leg of the Champions League semi-final. Of the duel that he freed with his countryman Casemiro — less rhythmista what wiper washer– It will be a good part of the destination of the crossing.

The 1-1 of Valdebebas found that in addition to being the most impenetrable team in Europe in the last three months, Chelsea has one of the most effective organizations to handle the ball. Even when pushed high, like Benzema, Casemiro, Vinicius and Kroos did, before finding out that this was exactly what their rivals expected. Led by Jorginho, Chelsea are dangerous from the first pass because that is where they create the spaces for Pulisic, Werner and Ziyech to make a difference in the last third of the field.

“The pressure is broken in different ways,” explained Thomas Tuchel, the Chelsea manager. “First, alternating the length of the passes. You can do it with central and midfielders who have a good time as long as you have interiors that know how to shape themselves to control and turn. If you don’t have them, it is better to go out with the wings because the pass from the outside to the inside is easier to control than the front pass. And ultimately you have the exit with the power stations in driving, as long as they have the necessary experience ”.

From Tuchel’s decalogue, we can see the map that Chelsea follows to start the plays. As a source close to the dressing room says: “Tuchel doesn’t want control like Sarri; wants verticality. Jorginho’s goal is to connect with Mount and Pulisic between the lines, behind Casemiro; but for that he often uses the lanes. Chilwell, Azpilicueta or Reese offer themselves outside, Jorginho gives them the ball, and then they connect with Kanté or Mount in the middle. And so the pressure is broken ”.

According to the matrix that Opta unravels, the first pass option for Thiago, Christiensen and Rüdiger —the three central defenders, is Jorginho—. Depending on the situation, Jorginho’s pass routes against Madrid in the first leg ran to Rüdiger (19), Kanté (11), Christiensen (10), Thiago (9), Chilwell (8), Mount (8), Havertz ( 5), Azpilicueta (5), and Pulisic (4). Rarely did Chelsea’s metronome simplify action by skipping lines. The maneuvers always had a meaning: to attract Madrid towards the decoy to enable the attackers with more time and space. Thanks to Jorginho, who sought the duel with Casemiro as the fisherman who puts the bait in the pool, Chelsea found holes in front of Varane.

For decades, South America has been an inhospitable place for midfielders. The industry condemns them to disappear, partly because of the weight of the law of the demand for dribblers in the market, partly because of a social pressure that makes the weight of responsibility unbearable in a position that requires calm. Jorginho escaped from milling at the age of 13 by emigrating to Italy. He suffered loneliness and even the misery of life in unsanitary residences. He was desperate to be a footballer. The result is, as in the case of Casemiro, an unassailable character. Few players in the world have the cold blood to receive the ball without spaces and make an immediate measurement of the distances that separate them from their opponents until they find the right destination. Pulisic’s 0-1 at Valdebebas was triggered by a seemingly irrelevant exchange of passes between Jorginho, Mount and Rüdiger in the center circle. When Casemiro came to the pressure, Rüdiger launched Pulisic jumping midfield.

Tuchel: “There is a prejudice”

“There is a prejudice when evaluating what a team does based on whether or not it plays in the last third of the field,” observes Tuchel, who confessed that his greatest concern lies in finding the definitive formula for the search for the depth. “It doesn’t matter the last third! What is relevant is the situation of the last five or six players of the rival. How many times during a game, with a pass, a dribble, or a wall, do you beat the last six players of the opposing team? The chances of winning are directly related to this. “

The message is simple: you can unbalance without leaving your own field as long as you have players like Kanté to lead or Jorginho to pass. This season in the Premier, only Rodrigo and Zinchenko have participated in more plays that ended in auction (4.5 on average per game). Jorginho, who averages 4 plays per game that ends in shooting, is also the player who has attempted the most passes (6,930) in the English championship since he signed for Chelsea in 2018. Only behind Andy Roberston (7,245).

“When we have the ball we don’t rush; We try to play football because we have players like Jorginho, ”Andreas Christiensen said Tuesday. “He always seems tremendously sure of what he’s doing with the ball. Your safety gives us all security. That is leadership ”.