Chelsea Women 3-1 West Ham Women: Fran Kirby, Sam Kerr and Millie Bright all get on the scoresheet as the Blues come from behind to register their second straight Super League win

Chelsea came from behind to beat West Ham 3-1 in their Women’s Super League match at Kingsmeadow.

Irons captain Dagny Brynjarsdottir headed the visitors into a shock lead after only three minutes, before Chelsea responded as Sam Kerr twice hit the woodwork and Fran Kirby scored a deserved equalizer in the 40th minute.

Kerr then tapped in a second on the hour, with Millie Bright nodding home a third after, before Lauren James saw her late penalty saved shortly. 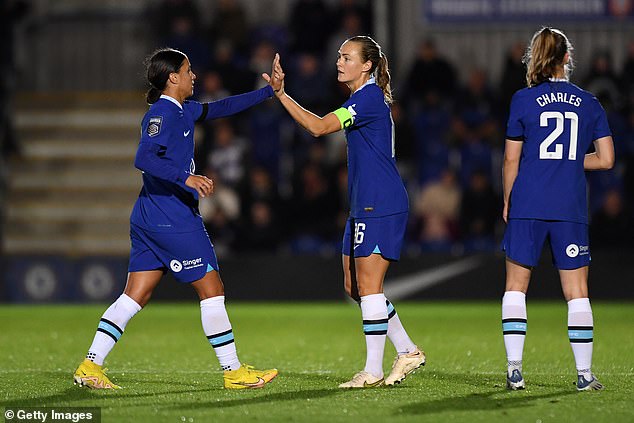 Also Read  Done With Wordle? Try These 22 Other Puzzle Games

The match at Kingsmeadow was rearranged from September 11 following the death of the Queen.

West Ham, who have never beaten Chelsea in the WSL, took the lead after just three minutes when Iceland midfielder Brynjarsdottir powered in a header from a corner.

The Blues – who beat Manchester City after losing their opening match at newly-promoted Liverpool – looked to make a swift response as Bright’s goalbound flick was clawed off the line by Irons keeper Mackenzie Arnold.

Kerr cut inside from the left and crashed a 20-yard drive against the far post and the Australian forward soon hit the other post with a low effort as Chelsea remained on the front foot. 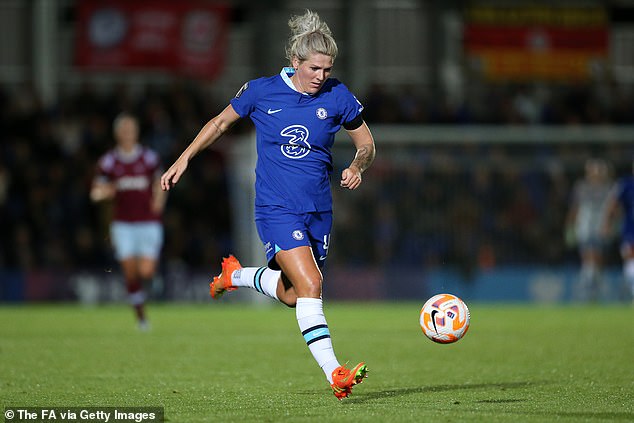 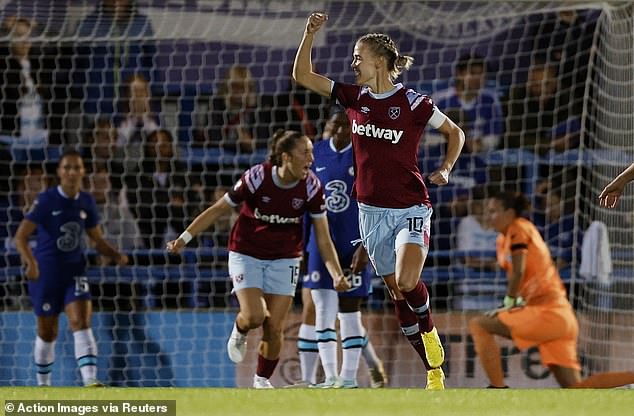 The equalizer eventually arrived five minutes before half-time when Kirby dug out a cross from the left to chip the ball into the top corner.

Chelsea remained on the offensive at the start of the second half.

Their pressure told just before the hour when Kerr slotted in after West Ham failed to clear following a corner which dropped into the six-yard box.

England defender Bright added another in the 63rd minute, heading home from a corner.

With 15 minutes left, Chelsea were awarded a penalty after Lucy Parker brought down James but the forward saw a tame spot-kick saved by Arnold down low to her left. 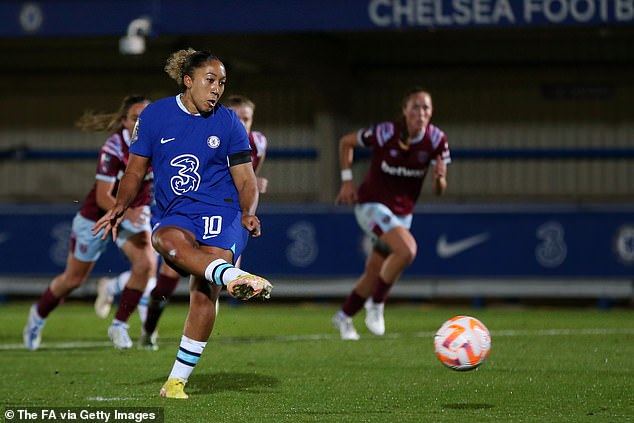