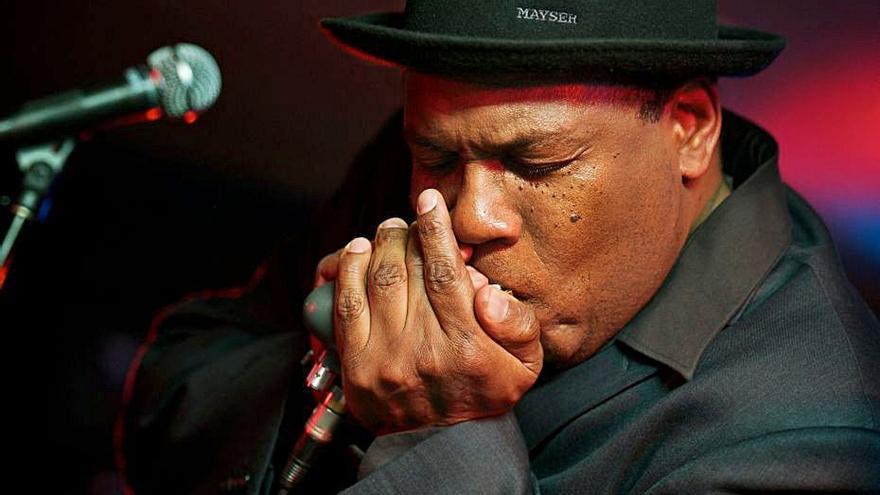 As is traditional in this appointment for blues lovers, the highlight is the performance of a long-standing African-American international artist – as was Billy Branch or Velma Powell in previous editions – which in this case are two: from Chicago, guitarist John Primer, a musical legend who has played with giants like Willie Dixon, Muddy Waters or Magic Slim, who will be accompanied on harmonica by Boston musician Keith Dunn, also founder of the record label DeeTone Records. Together they will offer the public An eveningn with the real blues on October 17 at the Teatro Principal in Alicante, as the finishing touch of the festival, the result of the collaboration with the promoter Testi Tajada. Tickets, from 15 to 20 euros, are on sale at instanticket.

From the organization they point out that John Primer is one of the greatest current exponents of the Chicago blues. His apprenticeship on Maxwell Street and his residency as a session musician in famous venues like Theresa’s have led him to be considered a living legend. He has recorded more than 87 albums, 17 of them his own. Two-time Grammy nominee, he has been inducted into the Chicago Blues Hall of Fame, and received the Muddy Award, the Blues Music Award, and the Blues Blast Awards, among other accolades.

Guitarist John Primer, in one of his performances. | ERIC KRIESANT

Keith Dunn is a Boston musician currently living in Rotterdam. He has worked with Jimmy Rogers and Hubert Sumlin. His melodic and percussive way of playing the harmonica is rooted in the blues tradition, but with an open mind on improvisation.

But before the main course, the festival activities begin tomorrow and Friday with a conference and an exhibition at Fnac Alicante, and then move to L’Alfàs the following Saturday, October 9, with a blues day at the Mister venue. Ringo, between 12 and 24 hours. There will be a concert by the Alicante band Medicine Man, a jam session by the SBA Blues Ensemble, a menu with typical dishes from Cajun cuisine, from Louisiana, a virtual exhibition and screenings. Access is free with prior reservation (more information on the SBA website).

On October 16, it will be Eugenio Moirón, founder of the Madrid Blues Society and director of the Blanco y Negro program on Radio Carcoma, who will offer a talk about the world of radio and blues, at Fnac Alicante.

The Alicante Blues Society, which in previous editions has held more concerts in Las Cigarreras, this year has had to overcome the uncertainty to “not leave two years without a festival” and appreciates the confidence of the Principal Theater and other private entities to maintain this encounter with music, recovered in 2018, which had not been held since 1986 in Alicante. This year the organization opted for grants for cultural projects from the Department of Culture, without success. “Although we organize the festival since 2018, it is not considered of cultural interest for the city,” lament from SBA, an association created in 2014 and with fifty members.