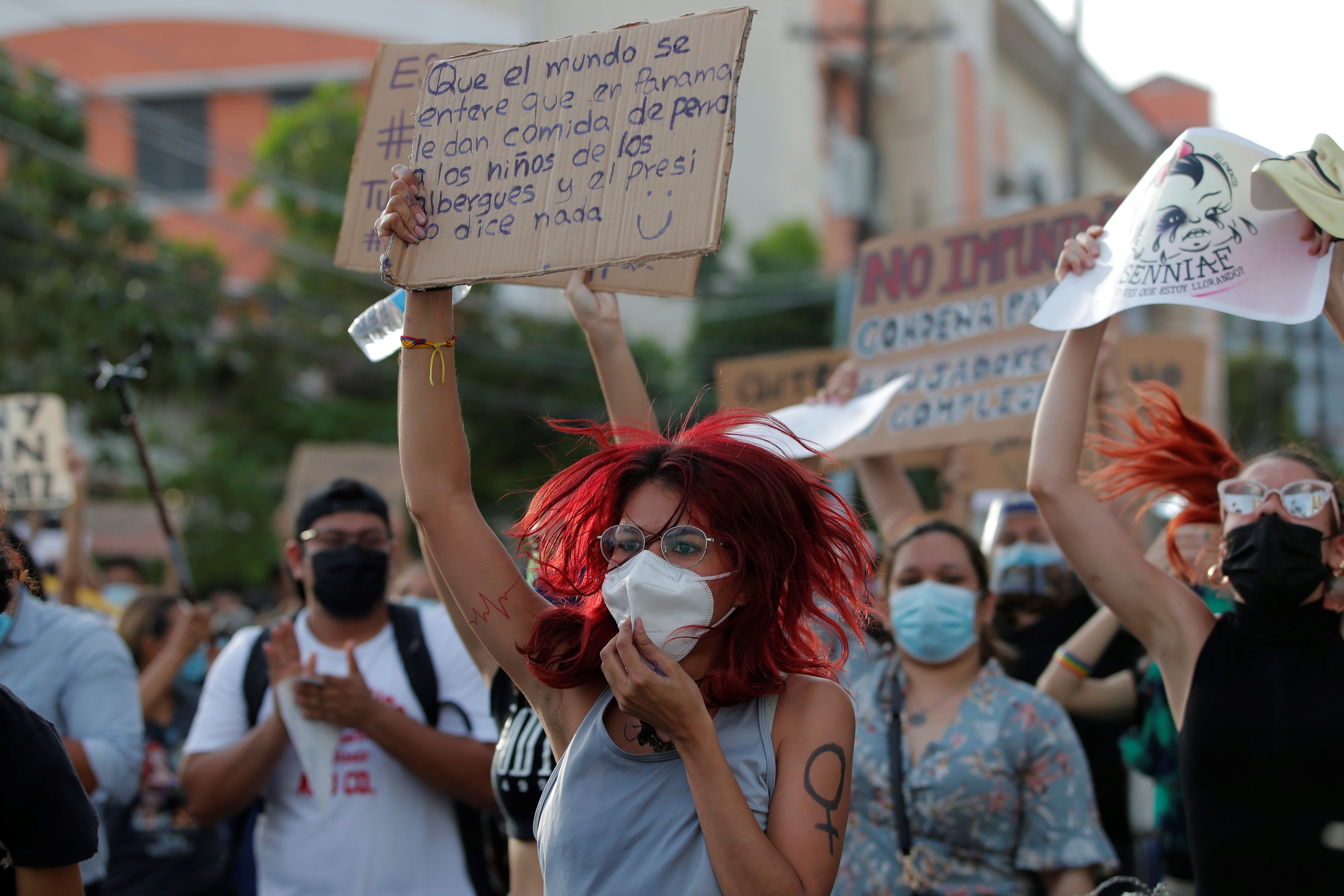 A shelter run by an ex-convict who had had a drug problem and where some girls had abortions; religious who take medication from minors with psychiatric problems and who simply recommend that they pray; malnourished children, without health checks, overcrowded and living in “subhuman conditions”. These are some of the irregular situations encountered by a Panamanian legislative commission, which investigated for six months the status of several shelters for children and adolescents in vulnerable situations that should be supervised by the State.

In a report that delivered this week to the Attorney General’s Office, the group led by several deputies of the Commission for Women, Children, Youth and the Family states “that there is concrete evidence of abuse, violence and physical mistreatment of children and adolescents housed” in these centers. “What struck us the most was how disabled minors were abused, children who already had pathologies. They were the most vulnerable, because they have difficulty communicating and many are children in states of abandonment left to their own devices. At this time we do not have an institution that watches over these Panamanian children, “Deputy Walkiria Chandler D’Orcy lamented when presenting the report’s conclusions in a session in the National Assembly. As he explained, the abuses, both physical, psychological and sexual, were corroborated by health professionals who were part of the commission.

Although many of the shelters visited by the deputies were run by non-governmental organizations and religious groups, about half of the minors were under the supervision of the National Secretary for Children, Adolescents and the Family (Senniaf), and some of the centers received public money for their operation. Therefore, one of the objectives of the commission was to try to determine the responsibility of that body that should be in charge of the protection of children in the irregularities identified. “In 2017, a consultancy was carried out by Unicef [el Fondo de Naciones Unidas para la Infancia] where some irregularities in the protection of children and adolescents were evidenced. It does not make sense for the State to try to ignore that they already had some kind of signals and that it would have been appropriate to present complaints at the time about what was happening, “Deputy Chandler D’Orcy told EL PAÍS.

On Monday, attorney Eduardo Ulloa Miranda received the report from the legislative commission and promised to investigate the complaints “to the bottom.” “Shelters must play a role of protection and reintegration into society,” he said. “They cannot be seen as simple deposits of children and young people.” As he explained, his institution had already carried out investigations in one of those centers after receiving a complaint in August 2020.

So the post made by the independent medium Focus Panama revealed irregularities, abuse of children, some with mental health problems, and possible trafficking of girls in the Panama Chilibre Foundation, a children’s hostel in Tocumen. According to the report, the complaints had been initially ignored by the authorities. The journalistic work provoked the raid of the center by Senniaf and motivated the investigation of the legislative commission, which was extended to care homes for vulnerable minors in Panama, Panama Oeste, Veraguas and Coclé. On Monday, the director of the Senniaf, Mayra Inés Silvera, assured that with the current government eight shelters for minors have been closed for breach of the legislation. The official said she was outraged by the “aberrant” revelations in the report, which includes hundreds of pages of transcripts of interviews with witnesses and experts.

The complaints have generated a wave of indignation in the country and groups of citizens have demonstrated in front of the Senniaf headquarters to demand justice for the children and responsibilities to the public bodies that should protect them. President Laurentino Cortizo, for his part, asked this Wednesday that those responsible be punished “with the maximum rigor of the law, without hesitation.” In a message to the nation, he said “to share the pain and general indignation” and urged the Ministry of Social Development (Mides) to present a bill to increase penalties for those who sexually abuse minors.

“I find it positive because we don’t want impunity. All the deputies and, also as citizens, we are going to remain vigilant to ensure that this process is not diluted, ”said Chandler D’Orcy. “Right now there are still children in shelters in subhuman conditions and that is what we cannot allow to happen in the country of millions, of the banking center, of the Panama Canal, because it is not fair. I feel that, as a state and as a society, everyone, including me, has failed the children ”.

In a release Issued the day after the report was released, on February 11, Mides recognized that there is a “historical debt in the fulfillment of the rights of children in shelters”, a reaction shared by Unicef. According to data from Senniaf cited in the parliamentary report, in August 2020 there were 942 minors in shelters in Panama. Almost half, 49%, were in charge of this public institution, while the rest depend on children’s courts (24%), were under the guardianship of relatives (17%), Mides (8%) or hospitals (two%). Most of these children were in shelters (880), while 60 of them were waiting to be adopted.