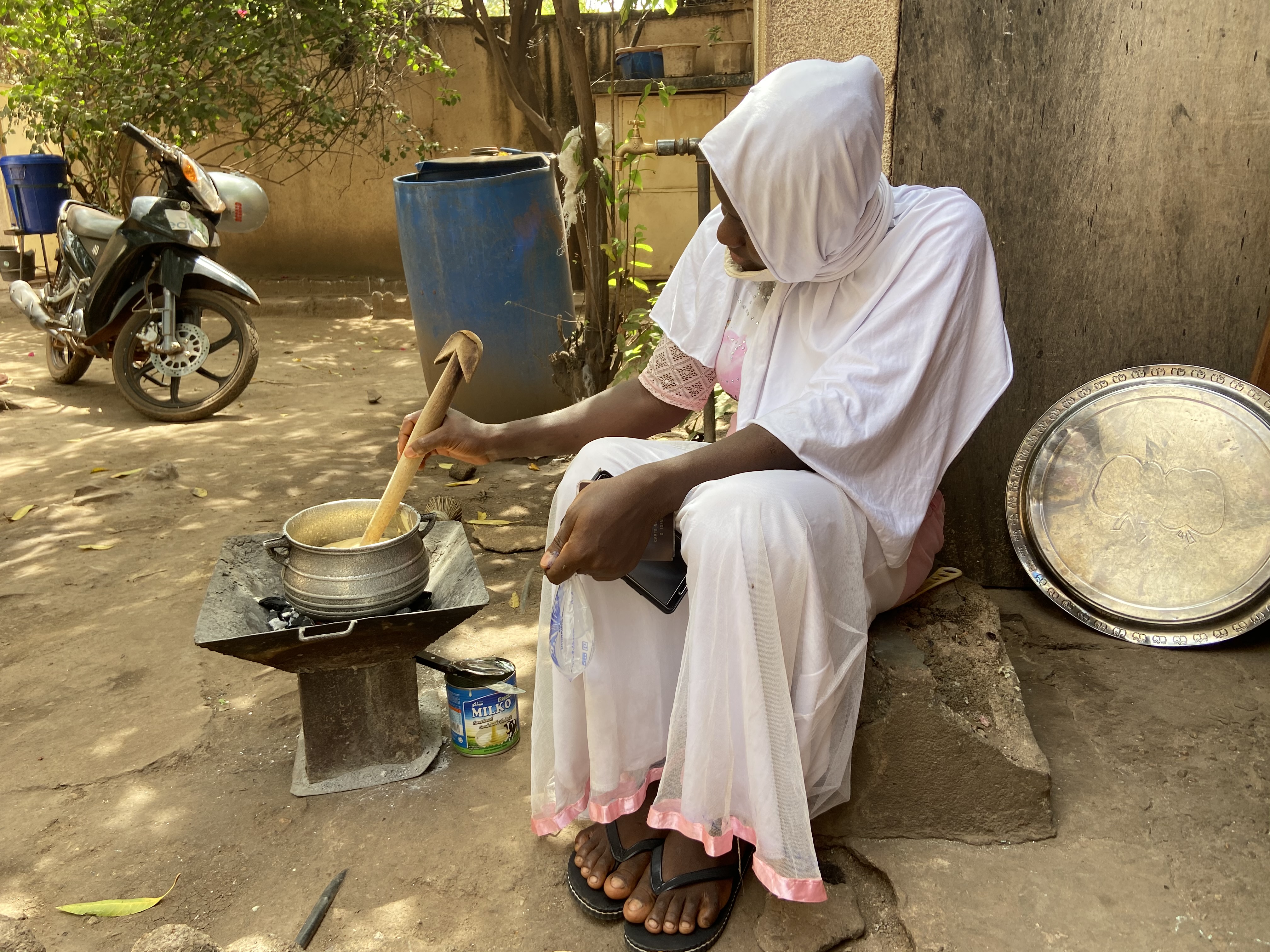 On the banks of the Niger River, in Bamako, the capital of Mali, 90% of households employ girls as domestic workers. According to the official census, 74% of them are under 18 years of age. And within that figure, a third are also under 15 years of age, states a study of the NGO for children Educo. Most do so without a contract of any kind, with remuneration well below the minimum wage and during working hours that exceed all labor regulations.

But as is often the case, the data itself doesn’t say much. Behind them are the faces of girls who get up every day at six in the morning and instead of going to school they wash, cook and clean for their bosses.

“Many of them are deprived of food or do not have access to the same as other members of the household,” says the director of Educo in Mali, Herman Zoungrana, in an email, “There are also many problems with housing. They inhabit spaces in poor condition, with a lack of freedom and privacy in most cases ”. In addition, these small women who work in domestic service suffer triple discrimination: as girls, as women and as workers in a precarious sector.

Assétou, 16, is from Segú, a city located in the center of the country, but she went to work as a domestic worker in Bamako because she wants to have money to buy her wedding trousseau. “It is very hard. I don’t have time to rest. I work every day of the week from six in the morning to eight in the afternoon and they pay me 12,500 CFA francs (19 euros) per month ”, he assures this newspaper by email, helped by a worker from the NGO Educo who translates his native language into Spanish. The minimum wage in Mali is 63 euros per month.

It is very hard. I don’t have time to rest. I work every day of the week from six in the morning to eight in the afternoon and they pay me 12,500 FCFA (19 euros) a month, assures 16-year-old Assétou

Assétou, explains Zoungrana, is by no means an exception. In the country there are many girls who come from low-income families who are therefore forced to travel to the capital to aspire to marry. “This type of work is becoming more and more common, as is dropping out of school. Behind this there is a great ignorance of children’s rights by the girls themselves and, of course, by their employers. They are less than those that are not being protected ”, he recalls.

What tires Assétou the most is having to wash her employer’s clothes. “But I have to do it every day,” she says resigned. It is not an easy task, much less. To do this, the young woman carries 20 cans of one liter of water each on her shoulders. In total, 20 liters of water that, at his young age, threatens to lead to back and joint problems in a short time.

“I do not study. He wasn’t even studying at the village school. My parents did not enroll me due to lack of money. Working as a housekeeper is something I’ll do for a while. What I would like is to be able to go back to my town and, there, to be able to sell clothes. It is something that I am passionate about and, in addition, it can be very profitable, it would allow me to live better. That is my future, to be able to dedicate myself to commerce ”, assures Assétou while participating in one of the awareness workshops that Educo teaches in the region.

For 19-year-old Balkissa, working as a domestic worker represents the possibility of being more autonomous. He was born in a community in the Kimparana circle, also in the Segú region, but now lives in Bamako, at the home of his employer. “I came because I wanted to help my parents financially. At my employer’s house I prepare the food and wash the dishes. They pay me 15,000 CFA francs (23 euros) a month, ”says this teenager, also by email.

Balkissa has an added difficulty: she is pregnant. Since she has been expecting her child, she says, it has become increasingly difficult for her to do the housework assigned to her by her employers, which in recent weeks have reduced her workload somewhat. Pregnancy was not in their plans: “My parents wanted me to go to school, but I didn’t. Despite the fact that they insisted a lot on it, I was the one who finally decided not to go. Now I regret it. If I had studied, now possibly my life would be easier and I would have knowledge ”.

47.3% of girl domestic workers have no formal education. Only 33.8% of them have attended primary school

The covid-19 pandemic has worsened the living conditions of adolescent girls. “This situation is putting their future at risk, mainly due to the closure of schools for several months. In general, there has been a certain general decline in the knowledge levels of the students, who have only completed one term, ”Aminta Ba, gender focal point of the regional office for Action Against Hunger in Dakar, states by email.

“Due to the lack of alternative pedagogical methods that use digital platforms, in recent months adolescents have spent most of their time without being able to go to school and doing household tasks such as collecting firewood, water, cooking and cleaning,” he adds Aminta Ba. With the measures of confinement and prevention of the virus, the needs of water have been especially pressing in the families.

Fear of contagion, on the other hand, has forced domestic workers, whose living conditions are already quite precarious, to choose between quitting their job and being unable to earn money or sleep at home. of the employer, which prolongs their hours and workload to infinity.

Although the health situation is improving in the region, the World Bank’s alarming predictions of rising extreme poverty they become a powerful wake-up call for political actors in the area to take measures so that young people like Assan, a 20-year-old woman for whom her trousseau is her top priority, go back to school.

“The truth is that the Covid-19 crisis has greatly influenced my life. Now I live in great fear. I am afraid every day, ”Assan explains to the Educo translator during a short break he takes in the middle of a working day that starts at seven in the morning and lasts until eight in the afternoon every day. Her parents did not enroll her in school because they did not have the financial resources to pay for school supplies, so she was forced to help them with the tasks in the fields and raising animals.

As she remembers those hard days when she had to learn all the secrets of livestock and agriculture at full speed, she dreams of independence: “I have not been able to go to school, I am not enrolled. But I think about my future. I want to get married and have my own dressmaking workshop in my town. When I get back there, I’ll work on that. That way I won’t depend on anyone financially ”.