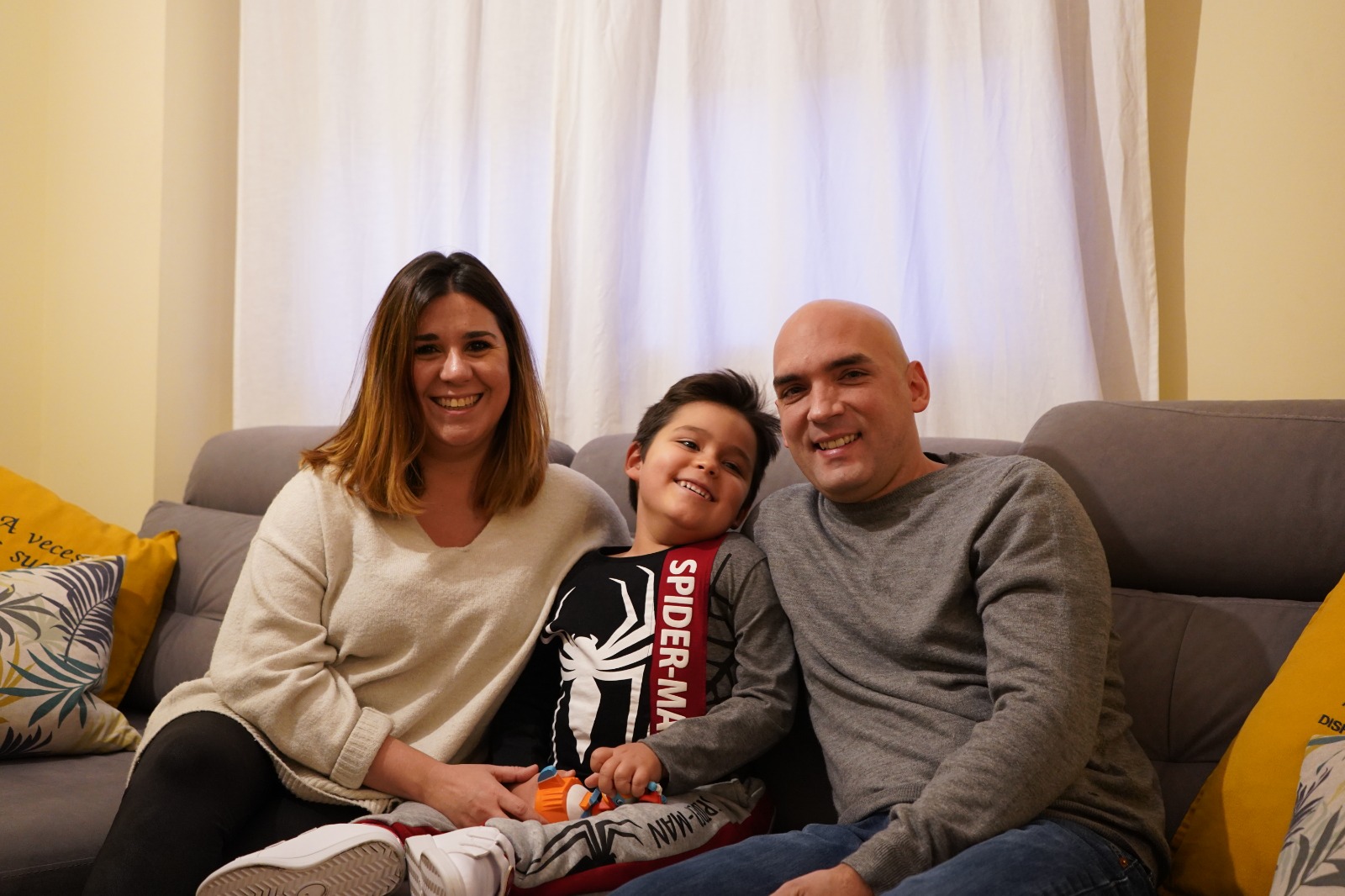 Victor is a child like the others. At six years old, he likes to do the same things as other kids his age: spending time with his many friends from school, playing the console, doing mischief, laughing, playing sports … Only that sport, hockey, he has to do it in an electric wheelchair. Because Victor is not able to walk. Not even to stand up. And that is just one of the symptoms that he has and for which, despite being a child like the others, he cannot lead a normal life.

The reason is called Spinal Muscular Atrophy, SMA, one of those rare diseases whose mere mention causes distress in those who know what it consists of. Ignacio Málaga, president of the Spanish Society of Pediatric Neurology. (SENEP), defines it as follows: “It is a degenerative neuromuscular disease of genetic origin that affects the neurons of the spinal cord (motor neurons), causing their disappearance and, consequently, that the muscles do not receive information and stop working. His main symptoms are muscle weakness and loss of movement, his brain and higher functions remain intact ”. Its incidence is one in between 6,000 and 10,000 live births.

One of those babies is Victor. Her parents, Israel and Lola, realized that something was wrong when, at 9 months, she began to suffer loss of strength and mobility. But the diagnosis did not arrive until 18 months. From that moment on, his life changed radically and in every way. To begin with, they had to move house because they lived in a third room without an elevator; Israel had to request a reduction in its working hours in order to cover Victor’s needs and care. With all this, his economic level has been affected, also because all the therapies and orthotics have to be paid for, that is, the devices he needs to keep himself in a good position.

Also Read  'Got talent' chooses its last finalists, Miguel Ángel Muñoz and Ana Milan go to 'Who wants to be a millionaire?' and La 2 honors Almodóvar

Treatment is not for everyone

Social Security covers some costs, but not nearly everything that Victor needs to lead the best possible quality of life. And it can almost be said that he is one of the ‘lucky ones’ who follows a specific medical treatment for SMA covered by public health. Something that is not as simple as it seems, as Lola explains, members of FundAME: “Not all patients have access to this treatment, either because they do not comply with the requirements established by the regulators and which are very strict, or because they have back problems that prevent them from accessing them, since they are applied through punctures lumbar and is not always viable in a person affected by SMA, due to their scoliosis ”. Lola says that she knows children who have been waiting for three years to be evaluated; and others who have had their medication withdrawn for not meeting the requirements.

Because maintaining treatments is not an easy task: “Patients are required to have improvements, when for a neurodegenerative disease, getting maintenance is already an improvement. What’s more … as the situation and the evaluation criteria are, patients are required to perform better than those achieved in clinical trials and this is absolutely illogical “. Even so, Víctor is achieving important improvements that are not contemplated in the protocols: he has managed to hug his parents: “You cannot imagine what it means for us and for our son to be able to notice their hug.”

Hope in new treatments is alive. One of the most anticipated is Evrysdi Roche, recently approved in our country and trade name of the active substance ridisplam. Not yet marketed, this drug would represent a clear improvement in the quality of life of these children, as Ignacio Málaga explains: “Like other drugs with the same active principle, this treatment has been shown to be effective in interrupting progress of the disease significantly improving survival and muscle mobility. On the other hand, it is a safe drug, well tolerated by patients, with minimal adverse effects and whose effectiveness is maintained over time and that can be used in the three types of SMA ”.

But it also has an important advantage, not negligible in these children: it is administered orally, so it is not necessary to go to the hospital to apply it. This simple change is a huge improvement in the quality of life of the child and their caregivers. “The Evrysdi it is the only drug for the treatment of SMA that is administered orally, once a day. It is available in the form of a syrup, which allows treatment at home by parents or caregivers. This also implies that the child will be subjected to fewer hospital admissions and invasive techniques, ”says Málaga.

The idea could not be more attractive. Despite this, Ismael and Lola have their doubts: “There is a lot of hope placed on the drug, but also a lot of fear that it will not reach all the patients who could potentially benefit from it.” In any case, hopes are real, but limited, by the very nature of the disease. “It is a degenerative neuromuscular disease. That is to say, without treatment, day by day patients have to get used to getting worse. The most important improvement that is achieved with a treatment is to stay ”.

While the new medicine arrives or not, Lola and Ismael enjoy their son with all the affection: “A rare disease with no cure is never fully assumed. We learn to live with it, we learn to live with a disability and with a great dependency on 24 hours a day of care ”.