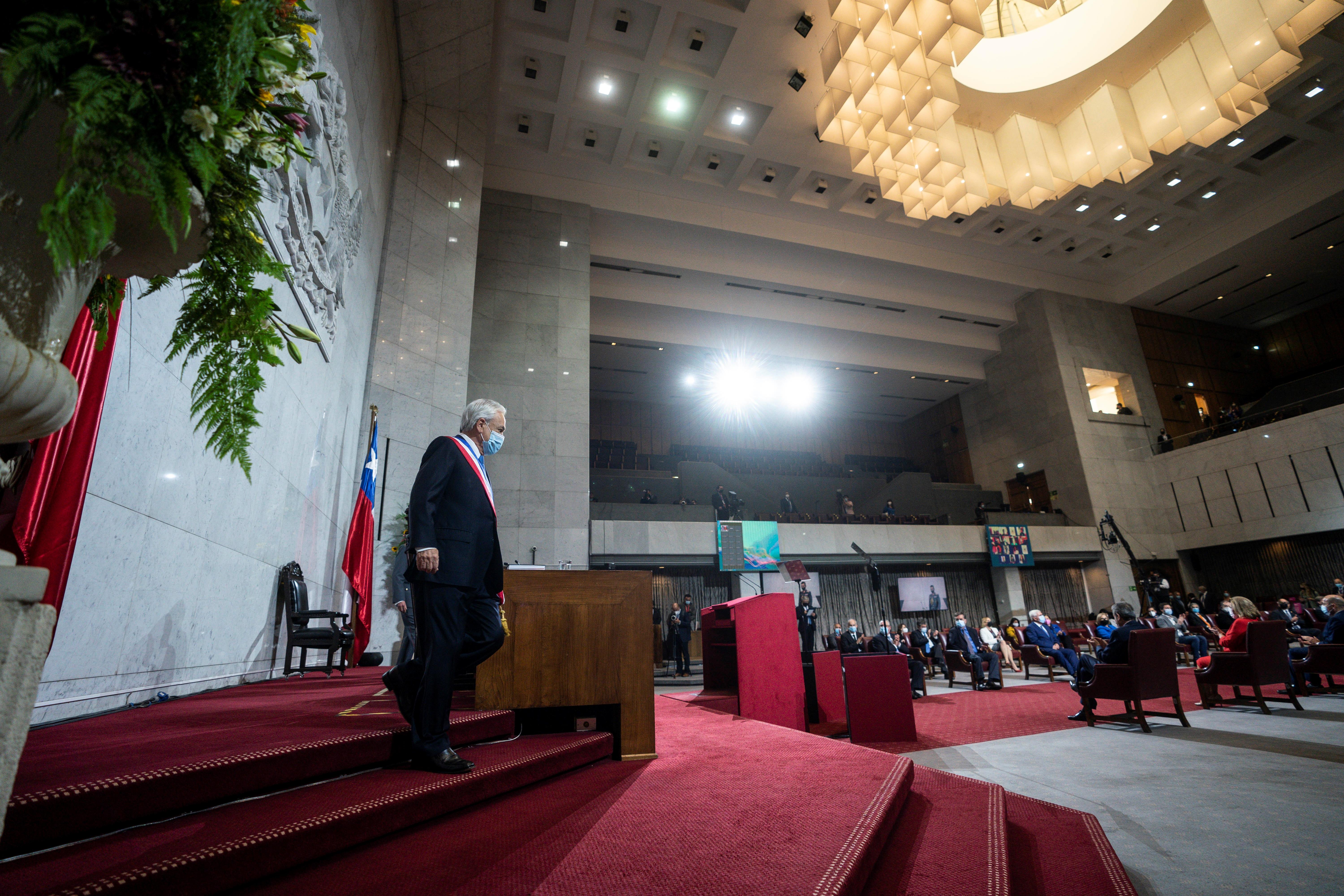 As if the Chilean political scene was not sufficiently upset after the May 15-16 elections, where the independents and the left won the majority of the constituent convention, President Sebastián Piñera has put new ingredients on the agenda at the announce that your government will promote equal marriage in Parliament. He advanced it on Tuesday in his last public account and a few hours ago he materialized the proposal before Congress. The bill, which will allow marriage between people of the same sex in Chile, will take approximately a month to process, so it would be promulgated by this same right-wing Administration, which ends in March 2022.

“In our first government (2010-2014) we promoted the Life Partnership Agreement,” Piñera recalled about the initiative that made it possible to improve the legal and social conditions of two people of the same or different sex that make up a family. “Today I think that we must delve into the value of freedom, including the freedom to love and form a family with the loved one. And also in the value of the dignity of all relationships of love and affection between two people. I think the time has come to guarantee that freedom and dignity to all people. I think the time has come for equal marriage in our country ”, announced the president, less than 10 months after leaving La Moneda.

It was a letter up his sleeve that surprised the political world, the activists of sexual diversity and, above all, his own sector, where there is no agreement on this matter and where there is the greatest resistance to advancing in this type of individual freedoms . While some parties of the Chile Vamos bloc are open to legislating on equal marriage, in other communities – such as the Independent Democratic Union (UDI) – some of their leaders have historically rejected the initiative. Nor did the right-wing evangelical parliamentarians like Piñera’s decision. “He betrayed the Christian world,” wrote the National Renovation (RN) parliamentarian, Leonidas Romero.

The project that will be discussed in Congress will be the one sent by Michelle Bachelet at the end of her second government (in September 2017). He had resistance from the right, but also from his own center-left bloc, especially from the Christian Democrats (DC). The president, in any case, only presented it, without any urgency. Then, Piñera’s Executive let him sleep in the Senate and progressive sectors of Parliament did not prioritize him either, so he has not registered any legislative progress since January 2020. It consists, fundamentally, of modifying article 102 of the Chilean Civil Code and suppressing the expression that marriage is between a man and a woman, to indicate that it is between two people. This issue is crucial, because it allows homoparental adoption.

The Equals Foundation, an entity that works for the rights of the LGBTI community, described the announcement of President Sebastián Piñera as “positive”, but stressed that “he will closely follow that he fulfills his commitment.” “It is not the first time that the political world has tried to improve its image with a desire of so many families. We highlight this announcement, but we will continue working to make it a reality and to have the necessary political support from both Chambers ”, stated Isabel Amor, executive director of the foundation. The Homosexual Integration and Liberation Movement (Movilh)Meanwhile, he applauded that the president decided to grant extreme urgency to the processing of equal marriage.

“It is a great and hopeful sign for same-sex couples and for homoparental families that are in complete legal inequality. After 30 years of struggle, we are closing one of the most important battles for LGBTIQ people. All families will finally have the dignity they deserve, ”said Rolando Jiménez, leader of Movilh.

Piñera’s decision to give extreme urgency to the processing of equal marriage in Congress represents an attempt by La Moneda to return to the political agenda, in months of multiple crisis. But his announcement entangled the presidential competition within the bloc, where four candidates will be measured in primaries on July 18 to define the presidential candidate of the sector who will arrive in the first round on November 21: Joaquín Lavín (UDI), Sebastián Sichel ( independent), Ignacio Briones (Evópoli) and Mario Desbordes (RN). The issue especially complicated Lavín’s UDI, where some believe that Piñera betrayed his bloc by promoting an initiative that was not on the government’s program.

With the support of pro-government parliamentarians who have already expressed their support, equal marriage has wide possibilities of being approved in Congress. It would be one of the milestones of this Government, which seeks against the clock to anchor its legacy.