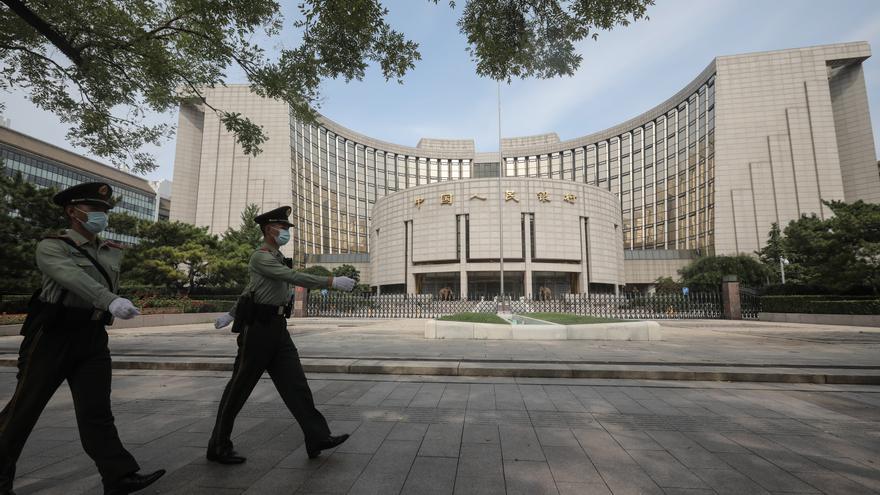 The declaration of People’s Bank of China (BPC) that all activities related to cryptocurrencies, including transactions, mining and its advertising, is “illegal and criminal“, has raised speculation about whether these currencies, which collapsed after the announcement, will definitively stop operating in the Asian country.

On Friday afternoon, the central bank and nine other government institutions – including the internet regulator or the ministry in charge of intelligence work – listed in a statement the “illegal and criminal” activities generated by “currency transactions. virtual “.

Regulators specifically targeted the money laundering, illegal fundraising, fraud or pyramid schemes, ensuring that this type of crime carried out with cryptocurrencies “seriously endangers” the properties of citizens.

The BPC specifically mentioned bitcoin and Ethereum, as well as other “virtual currencies issued by non-monetary authorities,” to recall that their status is not the same as that of legal tender and that, therefore, “they cannot circulate in the market as currency.” The document also requires the country’s local authorities to “strengthen supervision” with a view to preventing and eliminating “the risks of speculation.”

After the news, bitcoin fell 8.6% and ethereum 9.27%, falls that in the following hours were moderated to around 6% in both cases.

It is not the first time that the Asian giant has declared cryptocurrencies illegal or prohibits their use or mining due to the excessive use of energy it requires. Industry experts cited by the specialized portal Coindesk affirm that it is, at a minimum, the Beijing has taken restrictive measures for the seventh time against virtual currencies such as bitcoin since 2013.

“While each time it happens, the markets react with a drop in prices, the effect is smaller and shorter. That is why the story of ‘China bans bitcoin’ already has an almost meme status in the community” explains the CEO of cryptocurrency hedge fund ARK36, Ulrik K. Lykke.

For his part, analyst Vijay Ayvar from the firm Luno, one of the main cryptocurrency exchanges based in London, was optimistic when tweeting, from Singapore, that China has banned these currencies “more times than one can count”.

Although the Chinese position is not new, it is a warning to mariners: “It has been enough to divert the markets into negative territory. Investors had already shown their nervousness since the US Securities and Exchange Commission (SEC) adopted a tougher line on cryptocurrencies, “he said.

Other analysts do highlight a change with respect to the previous measures taken by Beijing: “The latest clarifications suggest that those involved (in cryptocurrency transactions or mining) now risk prosecution,” says Craig Erlam, a market analyst at foreign exchange agency Oanda.

“Violators will be investigated for their criminal responsibility in accordance with the law,” the BPC warned in this regard in its statement. The bank announced that it will take “severe measures“against” speculation of virtual currencies and related financial activities “, although it remains to be seen how the laws will be applied to alleged offenders.

It also remains to be seen how government agencies collaborate in “efforts” to end the use of virtual currenciesTaking into account that last May, Beijing already prohibited financial institutions and other companies in the sector from offering services for this type of transaction.

A month later, various regions of China suspended cryptocurrency mining operations at the behest of the government, citing concerns about their cryptocurrency. high electricity consumption and pollutant emissions derived from its production.

Since then, many Chinese “miners” – who came to control more than 65% of the world’s computing power dedicated to obtaining bitcoin – who were established in those regions where electricity was cheap have chosen to move their operations abroad. As reported by the local press at the time, others with smaller-scale operations opted to sell their machines.

Beijing argues that the ban is necessary to “maintain economic, financial and social order”: not surprisingly, the campaign is part of the government’s financial risk reduction plans, which, it should be remembered, plans to launch its own “yuan digital “-a digital currency, yes, but whose objective is not to decentralize but precisely to increase the control of the BPC over the money supply– early 2022.