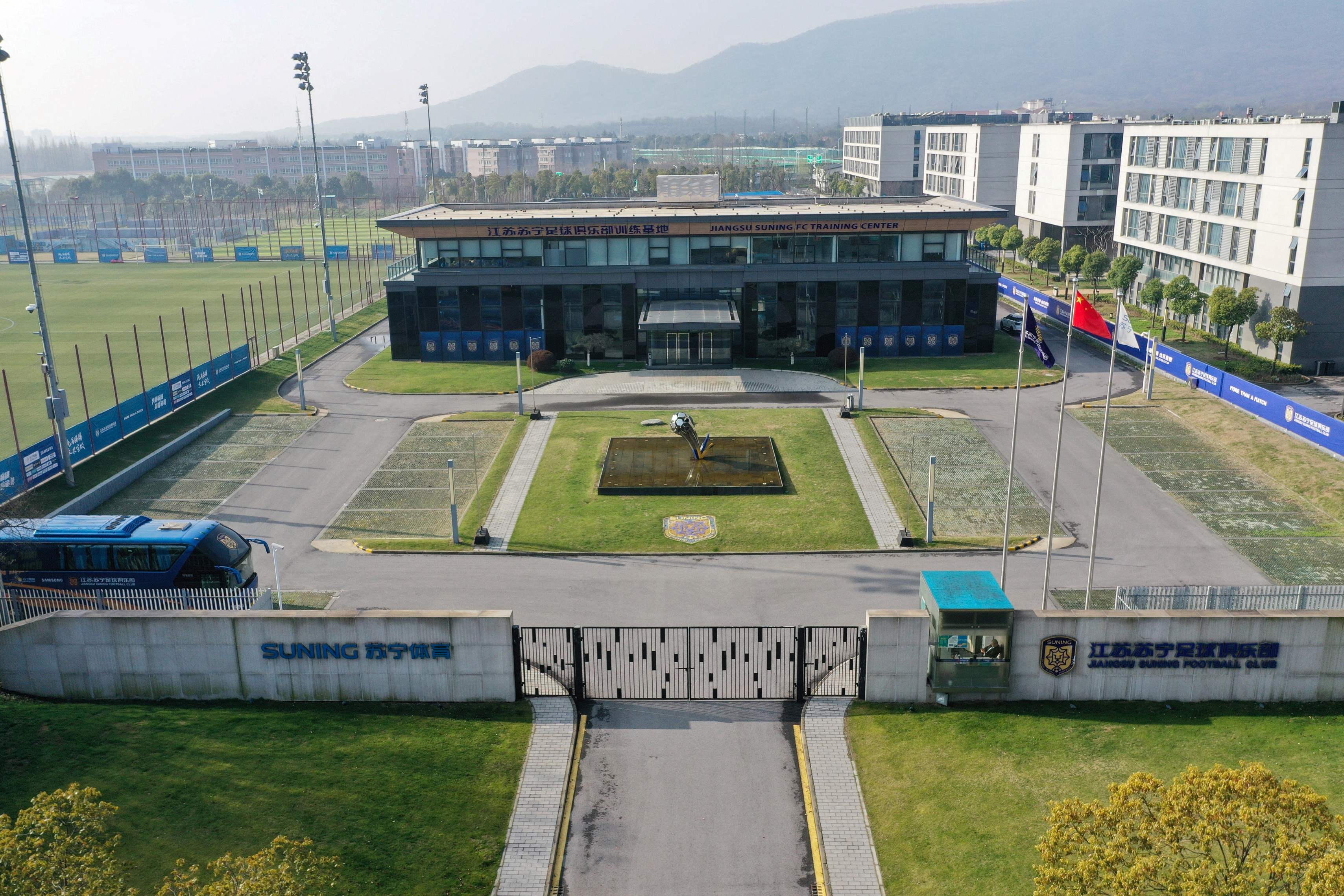 The glory days are over for Chinese Super League champion Jiangsu FC. This week its owners, the chain of shopping centers Suning – also owner of Inter Milan – announced the “end of operations” of the club, overwhelmed by debts that can be around 77 million euros. The closure, a month before the new season begins, has shaken Chinese football. It may not be the only case in a competition that five years ago astonished the world with its rumbling purchase of international players, and that today is burdened by debts and bankruptcies.

It’s only been six years, but how long ago seems the time when Jiangsu – then called Jiangsu Suning – said goodbye to its humble second-tier origins thanks to the arrival of the retail giant. In 2016 he paid fifty million euros for Alex Texeira, and 28 for Ramires. His bag — his owner’s, rather — seemed to have no end, despite the team’s accumulating debts. In 2019, not yet two years ago, he was repeatedly credited with a great interest in Gareth Bale, an operation that did not come to fruition.

They were different times. Now, the pandemic has opened two fronts of financial trouble. The club, which had an average attendance of 27,000 spectators per game at its stadium in the city of Nanjing, in southeastern China, stopped receiving ticket revenue. And its owner has registered a sharp drop in sales in his establishments, scattered throughout the country. In February, Suning Chairman Zhang Jindong had already announced that the firm would abandon its non-core interests to focus on its core business lines. This week, the company announced that it will sell 23% of its shares to state investors. According to Chinese media, the club was already going through great difficulties last year, when it saw Teixeira and Romanian coach Cosmin Olaroiu leave. He owes his players back wages and bonuses for winning titles, and his last training session, on February 21, took place without equipment, already removed from the premises.

“Due to all sorts of uncontrollable factors, Jiangsu FC is unable to continue playing in the Chinese Super League,” a club statement said this week, just three months after winning the title. “For more than half a year, Jiangsu has been contacting many interested parties and has shown great sincerity to transfer the club’s shares. We do not want to give up any option to keep the club alive, but we must announce that we are ending our operations. ” Along with the men’s team, the women’s team, which had won their league competition in 2019, and the youth sections will also disappear. Suning’s investment in Inter, on the other hand, continues for the moment. The Chinese state television CCTV assures that the company does not intend to get rid of its participation, but the Italian club has indicated that it is looking for “new partners or investors.”

The misfortunes of the Jiangsu are not the only ones. By May, the Tianjin Tianhai had already been dissolved. Their rival, the Tianjin Tigers, may also be abandoned by their owner, the conglomerate Teda, while some of their former players admit that the financial situation “is not good.” In February, Shandong Luneng were expelled from the Asian Champions League for non-payments to their players. In the past year, 16 teams from the top three divisions have lost.

During the last decade, the Chinese Super League wanted to make a great qualitative leap at the cost of disbursements, which reached its peak in 2017, when its clubs spent almost 400 million euros in hiring foreign players and coaches. It was the time when the Jackson Martínez, Carlos Tévez, Alex Teixeira, Fabio Capello arrived … An expense possible thanks to the fact that the owners of the teams were large Chinese companies, with as much cash as they wanted to show status … and to support football at a time when the country’s president, Xi Jinping, urged us to promote the sport and organize and win a World Cup.

To avoid what threatened to become a scandalous waste, since 2017 transfers have been taxed at a rate of 100%, and limits have been imposed on salaries, which can no longer exceed three million euros per year. But once wayward habits have left teams mired in debt, and their owners, affected by the pandemic, no longer have the same ability to come to the rescue. The investment is no longer so attractive, either, since new regulations prohibit equipment from bearing the names of the owning companies.

According to the Xinhua news agency, in 2018 the average annual spending per club in the League was 140 million dollars; most made losses. Although the current situation may end up being merely transitory. The new rules to limit salaries and investments seek that the clubs are healthy and can become profitable. And, albeit on a smaller scale, renowned signings continue to arrive, such as Croatian defender Ante Majstorovic. The time has come, Xinhua noted, to “respect the laws of football and the laws of the market, cultivate youth talent and work for the long term.” After all, Xi’s desire to organize and win a World Cup still stands.

High wages, origin of the crisis

The high wages that inflated Chinese football are the source of the debts that drown the clubs. “The average salary of our best players is 5.8 times higher than that of athletes in the Japanese league, and 11.6 times higher than that of the South Korean league,” the president of the Football Federation lamented in December. from China, Chen Xuyuan. “They are alarming numbers, how come we haven’t gotten up yet.” In a comment, the Xinhua agency acknowledged that the investment in players “gave the fans more interesting games to watch, but that had serious collateral effects.” Increasing salaries “became a slab for the clubs. The lack of profitability resulted in a financial imbalance ”, pointed out the agency.