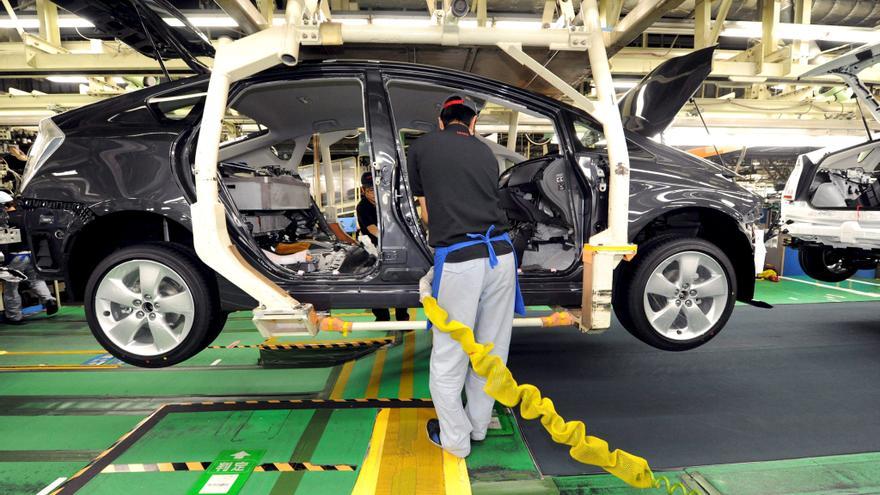 Seat has stopped its activity this Friday due to the shortage of semiconductors. The global shortage of chips, a key component in new advanced connected vehicles, is causing many brands to readjust their production. In fact, Seat announced a For him at the end of last year for this problem, which he eliminated in May to try to recover part of the lost recovery. In this sense, despite the fact that in August the plant usually stops its production, the signing of Martorell decided to call two shifts for line 2, that of the Cupra Formentor and the Seat and Cupra Leon, for it.

However, despite having worked normally throughout the month, the Spanish company has had to stop to readjust its production to the shortage of the component. On Monday, according to the company, the assembly line will not start up either, but other parts of the production line will. In addition, next Monday he will work a shift on line 1, that of the Seat Arona and Ibiza. Seat has made adjustments due to the lack of chips throughout the year, stopping its activity on June 25, 28 and 29, as well as July 19 and 20.

The group’s plant Stellantis in Figueruelas, Zaragoza, has also recently announced that, due to the lack of chips, it will stop its two production lines, from which cars such as the Opel Corsa Y Corssland. As confirmed by the same company, the break will start on Sunday, August 22 at 10:00 p.m. and will extend, in principle, until Thursday, August 26 in the morning. Stellantis will announce on Wednesday whether or not to resume production as planned.

Stellantis not only has problems with the supply of chips in Zaragoza and has also confirmed that it will stop machines in Rennes, in western France, next week, as well as that of Sochaux, in the east of the country, although in this case the activity will only be partially affected.

General Motors, Ford, Volkswagen Group, Toyota… No one has been spared a problem that not only affects vehicle production, but all sectors linked to electronics and connectivity, such as video games, with Sony Y Microsoft struggling to meet the demand for their new consoles.

So much so, that several of these brands continue to announce production readjustment measures to accommodate the chip shortage. Volkswagen, for example, you have decided to stop making the basic version of your electric ID.3 Until further notice and they do not rule out paralyzing the assembly of more models in the coming months. Ford, for its part, with its plant Almussafes, Valencia, suffering throughout the year for the same, has confirmed that it will stop the production of the Ford Fiesta in your plant Colonia, in Germany, for five days, between August 23 and 28. Ford does not rule out future readjustments in the assembly of the utility since, it says, the provision of chips planned for the September 6 “not insured”. The production of Focus it has not been affected.

Finally, the last to speak was Toyota, which has admitted that, by the end of September, it will have to cut its production by a 40% compared to the same month last year. The Japanese firm attributes, in addition to the chips, the coronavirus as the main causes of the cut. The shutdowns to readjust its production began earlier this month and will run until the end of September at its Japanese, US, Chinese and European plants. According to their figures, only in September will they be lost 360,000 units, 80,000 in the United States, 40,000 in Europe and 80,000 in China, in addition to 140,000 in Japan.

Why are chips missing?

Intel, Samsung, SK Hynix O Qualcomm They are some of the leading semiconductor manufacturers in the world. Only among the first three were distributed in 2020 a third of global production of this component, key for automobiles, mobiles, consoles, computers and many other products. The chip assembly is mostly shared by Asian companies, as well as some major American players, such as Intel. At the end of last year, with the arrival of the PlayStation 5 and the Xbox Series X, the alarms went off when they could not meet the high demand for consoles. Alarms that were amplified when stepping Apple the production of Iphone 12. Just before changing the year, the automobile companies warned of the problem and some, such as Seat, they have already announced measures to fight the problem.

But, Why is there a shortage of chips? In the first place, because of the coronavirus. The Covid-19 it forced production of this component to stop, while triggering an increase in purchases of devices such as mobile phones and computers. Initially, the fall in the automobile market offset the increased electronics, but during the second half of the year the automotive industry recovered faster than anticipated while demand for electronic products kept rising. Among all, the deployment of the network has begun 5G, which is also causing increased demand for chips. As if that were not enough, many companies, such as Huawei they made huge purchases of the component to secure a reserve. All added together unleashed the perfect storm that has led to the global shortage that affects the automotive sector.

This accumulated demand is impossible to satisfy at the current production rate and that is why firms such as Samsung O TSMC They have already invested in increasing their assembly, although that will lead to an increase in the prices of the component. At the moment, although the first estimates spoke of a certain normality in summer, the car firms still do not see the light at the end of the tunnel.