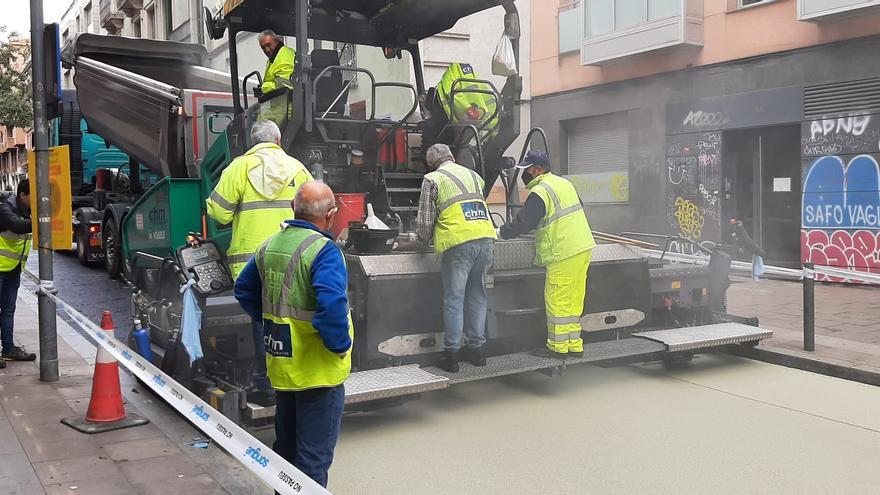 Going outside in the summer and suddenly notice a embarrassment unbearable that comes from the ground. Anyone who lives in a big city will have experienced this sensation, an effect of the materials used for pave the streets and that causes what is known as an effect heat island in large populations.

To combat this, the Alicante company CHM has developed a special asphalt, able to lower the temperature up to 15 degrees from the ground, which translates into an ambient temperature up to two degrees lower. As if that weren’t enough, too reduce noise in three decibels.

At least those are the results of the first pilot test that the Martínez Berna family firm developed in Murcia, to which a new project is now added in Barcelona, where the company has just paved Torrent de l’Olla street with this material, in the popular neighborhood of Gràcia.

Specifically, the Alicante construction company, which has one of its strengths in public works, has been in charge of executing the project by introducing cold pavement in 4,000 square meters of driveway. Located in an area near the Catalan town hall, the street has been paved with an innovative beige reflective mix developed by the construction company together with the Construction Technology Center (CTCON) and whose research has been funded by European funds.

The process of monitoring and verification of resultss of the Catalan pilot and the noise reduction tests are in charge of the CTCON until the year 2024. In this sense, the center has drawn up a monitoring and control plan that it will execute in the coming months through the installation of several measurement towers . With this system you will collect noise, light and temperature levels in this street and in the nearby asphalted ones with the traditional black mixture. The results will thus quantify the benefits of this new pavement in the area.

The results of the Murcian pilot were obtained through measuring towers which, over three years, have obtained 6.5 million pieces of data, recording the following parameters every 15 minutes and 24 hours a day: surface temperature of the pavement, air temperature, humidity, wind speed, solar radiation, atmospheric pollutants, lighting level and noise.

CHM focuses its activity on the development of road works (roads, railways, airports and urban development), the conservation of infrastructures, buildings, urban services and hydraulic works. Integrated in the Vallalba Group, the company directly employs around 450 people and has a network of 21 national branches and one international one.