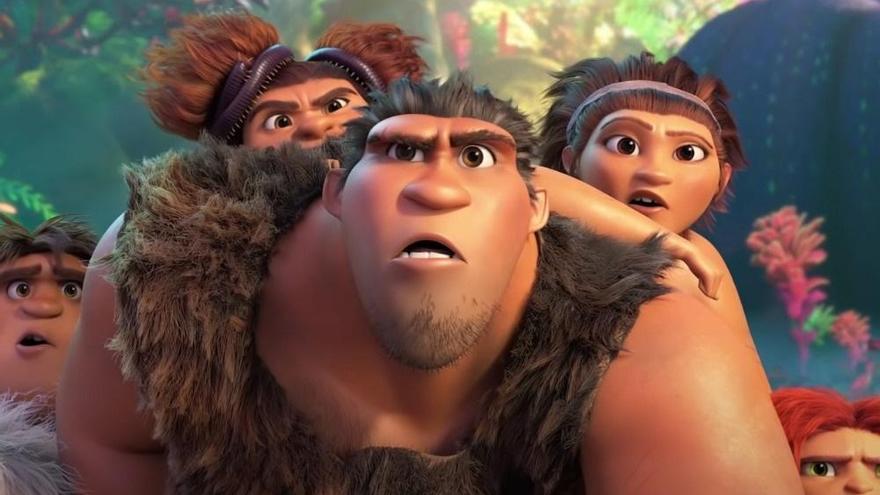 In the middle of Christmas, with the typical cold of these dates and the lack of plans outside due to the coronavirus, much of Spain has its cinemas open with a billboard that advances its Premieres, with super fun options, like ‘The Croods: A new era’ and ‘Soul’, and appetizing scary movies, like ‘Saint Maud’.

The Disney + payment platform This Christmas marks the premiere of Pixar’s new jewel, ‘Soul’, a film that has the magic of ‘Inside Out’ – shared by director, Pete Docter – although in this case it is the sky and not a brain where develops part of the story.

With touches of ‘Heaven Can Wait’, Docter tells how Joe, a musician who gets his first big break, realizes that he has died and is going straight to heaven. With Pixar’s usual preciousness for details, ‘Soul’ sail to the rhythm of jazz through a history full of charm.

‘The Croods: a new era’, more hilarious and modern

The sequel to the hit animated comedy ‘The Croods’, which became the highest grossing film of 2013, hits theaters with a spectacular staging, bright and precious, after its success in the US and China, where it was the best post-pandemic premiere.

The film, directed by Joel Crawford and featuring voices of Anna Castillo and Raúl Arévalo in the Spanish version, it tells the new adventure of the Croods. Eep, the teenage daughter (and right eye of her father, Grug) lives her first love, and while they continue their nomadic path in search of food, they run into another much more evolved troglodyte family, the Masmejor.

‘Saint Maud’, demons of our mind

After having gone through the Sitges Film Festival, where JA Bayona described it as a ‘jewel of terror’, and having led the list of the British Independent Film Awards (BIFA) with 17 nominations, Rose Glass’s debut film is a psychological thriller that brings out the viewer’s darkest fears and unknown.

In the film, Maud (Morfydd Clark) is a young nurse who, after a dark trauma, becomes devoted to the Christian faith. When she starts working caring for Amanda (Jennifer Ehle), a famous retired dancer with cancer, Maud’s faith inspires her with an obsessive conviction that must save the soul of his patient from eternal damnation, whatever the cost.

‘The father’, a touching story of dementia

Insanity may have its funny side but the progressive disconnection with reality it is tremendously hard. This process was captured in ‘The Father’ by the French playwright Florian Zeller, who has now adapted the play for his film debut, with which he won the Audience Award at the San Sebastian Festival.

The film stars the spectacular Anthony Hopkins -who plays Anthony, an 80-year-old man who has decided to live alone and whose memory is beginning to fail- and Olivia Colman in the role of his daughter Anne, both in two of the best roles of his life.

‘Family photo’, the importance of ties

Directed by Cecilia Rouaud and starring Vanessa Paradis, Camille Cottin and Pierre Deladonchamps, this French romantic comedy tells the story of Gabrielle, Elsa and Mao, three brothers who don’t see much of each other because of the jobs they have. However, on the occasion of his grandfather’s funeral, they all meet again and will strengthen family ties.

‘I am a woman’, homenaje a Helen Reddy

Through a trip to the seventies, director Unjoo Moon decides to give a tribute to singer-songwriter Helen Reddy with this biopic that shows what life was like for this artist, activist and feminist icon.

Tilda Cobham-Herbey gets into the skin of the one who was the queen of pop of the 70s (she died on September 30 at the age of 78) and who, at the time, managed to sneak several of her hits at number one on the Billboard, including ‘I am Woman’, her most successful song that became an anthem of feminism of the time.

‘Dancing in the mist’, a story of revenge

The Lithuanian Realist Ignas Jonynas conducted the dramatic thriller, protagonisted by Dainius Kazlauskas, Darius Bagdziunas, Paulina Taujanskaité and Dmitrijus Denisiukas, and que tells the story of Jonas, a dancer who pretends to be visually impaired to participate in a television contest. In this way, he becomes one of the most popular participants in the contest and draws the attention of an old acquaintance, Vytas, who is released from prison thirsty for revenge.