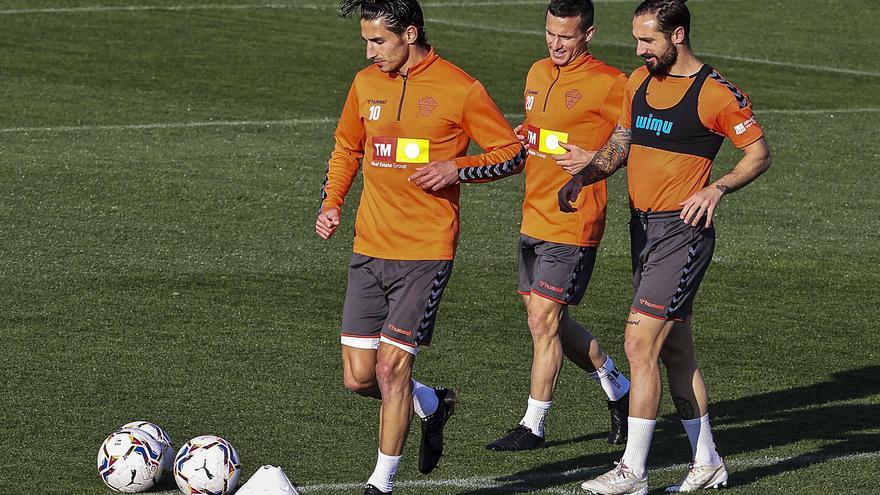 A change is going to be required. Cifu will play on the right side. Barragán did not train with the group yesterday and had to retire at 30 minutes into the match at the Valdebebas Sports City after suffering muscle discomfort at the beginning of the match. The Galician footballer is safe and Cifu, as against the madridistas, will be his replacement.

The franjiverde coach manages several options to refresh the team and not burden his players with minutes, as he already did at the Camp Nou against Barcelona, ​​where he played on a Wednesday and on Sunday he had another game in Granada. In front of the Catalans, Pere Milla accompanied Lucas Boyé at the top of the attack and Guido Carrillo was initially on the bench. The promotion hero has not played in the last two stakes and is one of the alternatives.

Against Barça, Mfulu replaced Marcone, who was suspended. Escribá is giving minutes in the final stretch of the meetings to the Franco-Congolese, whom he praised for his work at the Camp Nou.

With the entry of Cifu on the right side, the Valencian coach is already forced to modify the defense. But the presence of Josema is not ruled out, either in the center of the defense by Dani Calvo, as he did in Barcelona, ​​or, even on the left side by Mojica, who played against Madrid after missing the clash against Sevilla in the Martínez Valero for muscular discomfort. Josema had a good performance against the Sevillans and could repeat at Sánchez Pizjuán.

And the fifth variation points to the band. Fidel carries an important load of minutes after being injured for a month and a half and the Elche coach is considering the option of giving him rest, thinking about Getafe. In that case, Josan would enter, who has not been playing much lately, and Tete Morente would move to the left.

Fran Escribá is not going to give any clues and always says that he sets the initial eleven thinking of winning each game. But the Valencian coach knows that on Sunday in Getafe he also has a good chance to score and, therefore, it would be a surprise if the starting team that has been playing in the last three days would keep.

Along with Barragán, Rigoni and Piatti will not enter the call either. The two Argentines already carried out a good part of the training with the group yesterday. Escribá already said last week that he was not going to force and that they would be prepared for Getafe. The evolution of both is being quite good and each time they are with a better rhythm to compete.

Javi Villar, the pearl of the quarry that wants to polish Escribá

The youthful Javi Villar, Gonzalo Villar’s brother, is the pearl of the quarry that he wants to polish. Escribá for the future. At 17 he has already started training with the first team. He plays as a midfielder in the Honor Division youth team, but he already trains with the subsidiary. They even claim that he can be better than his brother. He was in the quarry of FC Barcelona before arriving at Elche and was included, along with Diego Bri, in the pre-list of the Spanish sub’19 team. Pacheta molded Gonzalo Villar and Jony Álamo and now Escribá wants to do the same with Javi Villar, whom he already has at his command.