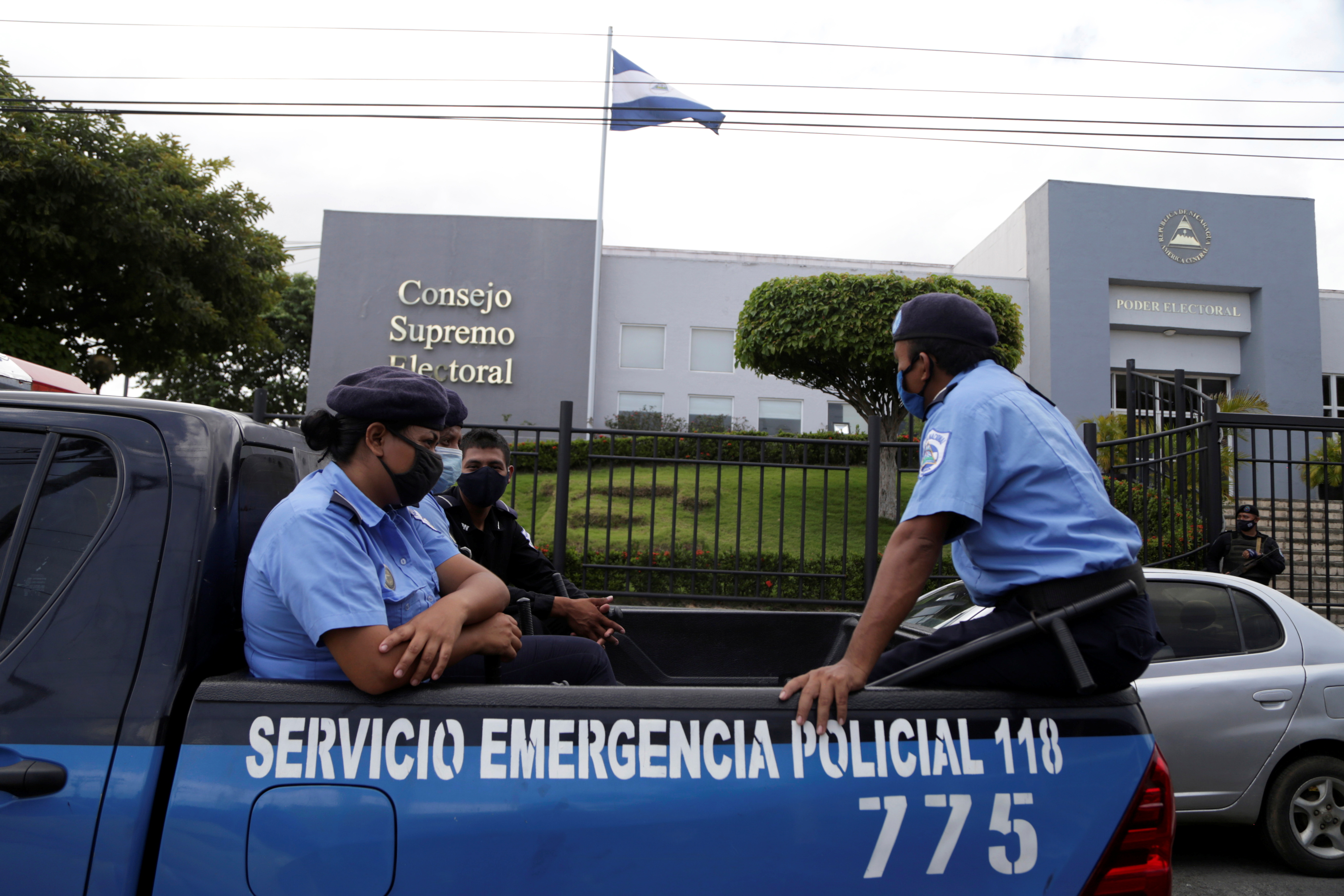 Daniel Ortega and Rosario Murillo liquidated the electoral process this Friday when they canceled the legal status of the Alianza Ciudadanos por la Libertad (ACxL) party, the last hope of the opposition to be able to face the Sandinista regime at the polls. In this way, what the political analysts had been warning was enshrined: a “tailored election” of the presidential couple, without conditions of transparency or competitiveness, which will further deepen the sociopolitical and human rights crisis of the Central American country.

Although ACxL decided to join a process considered “flawed” by the international community, regardless of the criticism of an opposition sector disabled with jail by the regime, the political group represented the latest sign of competition. The party that insisted on participating in the elections was blamed, among other things, for legitimizing elections that were questioned beforehand. However, the Ortega-Murillos decided to cross another red line against the opposition and canceled the legal status of ACxL.

The Sandinista-controlled Supreme Electoral Council (CSE) decided to annul ACxL a few hours after the Constitutional Liberal Party (PLC) filed a complaint “for violations of the Electoral Law.” One of the official arguments for taking this measure is that the president of ACxL, Kitty Monterrey, has dual nationality – American and Nicaraguan – something that, according to electoral lawyers consulted by EL PAÍS, is not a cause for suspending rights, much less representing a political group.

The PLC is the political party of Arnaldo Alemán, a former president accused of corruption and a former henchman of Ortega. However, the PLC is now controlled by María Haydeé Osuna, a liberal politician and sister of former electoral magistrate Julio César Osuna, who stole identities to hand them over to the narco. Osuna was convicted and released by the Ortega-Murillo regime in 2016. For this reason, in Nicaragua it is said that politics “pays favors” to Sandinismo with the complaint against ACxL.

By disqualifying ACxL, the Nicaraguan election leaves Ortega and Murillo as the only candidates, with no opponents to counterbalance them. The six parties registered in the election are collaborators with the regime and their candidates are complete unknown.

After the cancellation of ACxL and the cancellation of Kitty Monterrey’s identity card became official, the headquarters of that party in Managua was deserted. Party sources told EL PAÍS that they took computers and documents out of the building for fear of an imminent police raid. “Kitty Monterrey must leave the country and Mauricio Díaz, a party member and former diplomat, was prevented from leaving the country and had her passport taken away,” said the source.

They react with sanctions

The onslaught against ACxL, a party founded by former banker and former presidential candidate Eduardo Montealegre, began last Tuesday. That day, the Prosecutor’s Office of the regime disqualified and imputed the candidate for the vice presidency of the party, the young and former beauty queen Berenice Quezada, accusing her of having made “an apology for crime and incitement to hatred” in some statements.

Quezada was the presidential formula of Óscar Sobalvarro, vice president of CxL; a man who in the eighties was the former head of the counterrevolution, the guerilla financed by Washington to overthrow the Sandinista government. Both Sobalvarro and Quezada were the emerging candidates of CxL, decided unilaterally by the party, after all the opposition candidates were arrested by the Ortega-Murillo regime, including three of its members.

“Citizens for Freedom will be victorious in this and all that come, because our commitment to a Nicaragua in peace, freedom and democracy cannot be canceled. They were afraid of us! ”Sobalvarro said briefly on his Twitter account. For now, silence reigns in the headless formation.

The total annulment of ACxL occurred on the same day that the United States Senate approved the Renacer Act, which broadens the range of sanctions against the Ortega-Murillo regime and government officials linked to the democratic breakdown of the country, the persecution of dissent, human rights violations and, more recently, the closing of a transparent and competitive election.

The main point of the law (formally called the Law to Strengthen Nicaragua’s Adherence to the Conditions for Electoral Reform) is to review Nicaragua’s participation in the Free Trade Agreement between the United States, the Dominican Republic, and Central America (DR-Cafta). . This is a key agreement for Nicaragua, whose main trading partner is precisely the United States.

A state of terror reigns in Nicaragua, especially among opposition politicians, activists and analysts, who no longer want to speak to journalists for fear of being arrested. “The path that Ortega and Murillo have left is that of illegitimacy. In other words, it is expected that the Sandinismo ‘victory’, in quotation marks, will not be validated, since its result will be the product of fraudulent and unconditional elections, with a persecuted and imprisoned opposition. At the international level it is absolute isolation, ”said a specialist in international law who, for security reasons, asked to remain anonymous.

Enrique Sáenz, a former opposition deputy in exile in Costa Rica, affirms that the permanence of the Ortega-Murillos imposes “an immense cost on the country.” “As long as Ortega is in power, Nicaraguans are not going to have a chance to improve themselves. The costs of living are rising, according to official figures. There will be no hope in the face of the dictatorship and that translates into suffering ”, he warns.

Members of the Political Council of the Blue National Unity and Blanto, the other opposition bloc headed by Ortega, propose that the next steps for the opposition should be to ignore an electoral process tailored to the dictatorship. “Non-participation, ignorance of the electoral process, the request for absolute legitimacy of the process is the path to the overthrow of the dictatorship, it is the path to freedom, justice without impunity and democracy,” the platform stated.