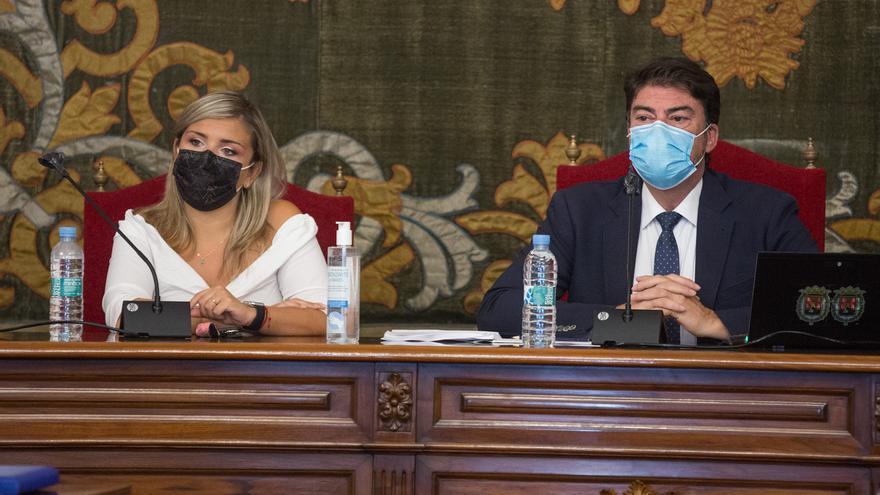 The negotiation of the municipal budget and, like last year, internal clashes within the bipartisan of Alicante intensify. Such is the situation that Ciudadanos has decided, in an unprecedented scenario so far, negotiate with opposition groups on your own, apart from its only government partner. For this reason, the orange formation has not been present in the initial round of meetings that started this Wednesday with the PSOE and Compromís and that ended this Thursday with Vox and United We Can.

On paper, these meetings took place between the government team and the opposition, as was reflected in the only statement on the matter issued by the City Council Press Office (“The government team begins talks with the opposition to agree on the 2021 municipal budgets »). But no. The absence of Ciudadanos in those first four meetings was not accidental. He had an explanation: the oranges did not like one iota that Barcala promoted meetings with the opposition without the bipartisan still having agreed on the draft. In fact, in the appointments held to date, the mayor of the Treasury, Lidia López (PP), and the Head of the Local Development Agency and spokesperson for the PP, Mari Carmen from Spain (PP), acknowledged to the opposition groups that the text is not yet closed.

And it is not, obviously, for lack of understanding between the PP of Barcala and Ciudadanos. The internal negotiation did not start in the best possible way: the popular ones came with an elaborate draft in which their government partner had not participated, according to sources from the group headed on paper by Mari Carmen Sánchez, but in which he moves the threads the deputy spokesman and councilor for Sports, José Luis Berenguer. From there, everything went wrong. And it has resulted in the oranges communicating with the mayor even in writing, with letters.

Thus, the meetings held these two days, which are expected to be reproduced during the next week (between Tuesday and Wednesday), do not seem to be decisive in the future of the Budget, since Ciudadanos also plans to hold meetings on their part with the three groups on the left and with Vox. Everything indicates that this situation, as a result of the internal division of the bipartisan, will further delay the initial approval of the 2021 accounts.

Barcala, today during the telematic plenary session to approve a new adjustment in the 2020 Budget ALEX DOMÍNGUEZ

And is that there is still a long way to go: the bipartisan has to close the draft, to which they must (or not) incorporate proposals from the opposition to move it forward. And although the president of the Generalitat and secretary general of the PSPV, Ximo Puig, announced that his formation would “facilitate” the approval of budgets in the town halls where they are in the opposition, the Alicante socialists will demand gestures from the local government. Once the document is ready, the bipartisan will have to approve it in the Governing Board (the Social Council is not expected to convene, as it did not happen last year), to submit it to the Intervention examination, where it usually runs aground for weeks. There must also be a deadline for opposition groups to present amendments, which will be addressed in a Finance Commission prior to the plenary session in which the municipal accounts for 2021 are debated and, presumably, approved.

With all these procedures to overcome a month and a half after the turn of the year, Barcala’s commitment to carry out the accounts in 2020 is on the table. In Valencia, the Plenary session approved the Budget this Thursday with the vote in favor of the government (Compromís and PSPV) and the abstention of Cs. In elcheFor its part, the document is expected to go through the local Government Board shortly.

In Alicante, on the other hand, energy is still being used to modify the Budget for the year that ends. In fact, the Plenary approved this Thursday the fourth change in the accounts, for a value of 11.8 million euros, which went ahead with the support of the bipartisan and the surprising vote in favor of the PSOE, which is the first time in this term that it supports a budget initiative of the Barcala government. Compromís and Vox stayed in the abstention, while Unidos Podemos voted against it.

After the meetings with the PSOE and Compromís, this Thursday it was the turn of Vox and Unidas Podemos. The spokesperson for the ultra formation, Mario Ortolá, He delivered to the Councilor for the Treasury, Lidia López (PP), a document with fifty proposals for the 2021 Budget, among which the elimination of budget items in areas such as LGTBI, Cooperation and Equality stand out. In addition, they ask for items for Education to “inform parents about constitutional rights” and a “campaign in defense of Spanish as the predominant language in the city.” In addition, they demand that courses be promoted on the “risks of abortion.” They also require the bipartisan to reduce the funds for “formal and representative care” of the Mayor’s Office and subsidies to the six municipal groups. «We have not taken any sensation from the meeting because they have not told us anything about the Budget. They have spoken to us of general lines ”, explained Ortolá at the end of the meeting.

The first round of contacts closed in the afternoon with United We Can, which had previously shown its anger at being the last group mentioned despite being the second in the opposition in number of votes in the last elections. After the meeting, the Coalition spokesperson, Xavier López, acknowledged his disappointment with the bipartisan: «We have gone to be presented with the draft of the Budget and they haven’t taught us anything». For its part, Unidos Podemos will deliver its proposals this Friday: «We will influence the construction of social centers in the city, reinforce the Social Action staff and expand the public housing stock, in addition to betting on public works and initiatives to favor of the ecological transformation and the productive model ».