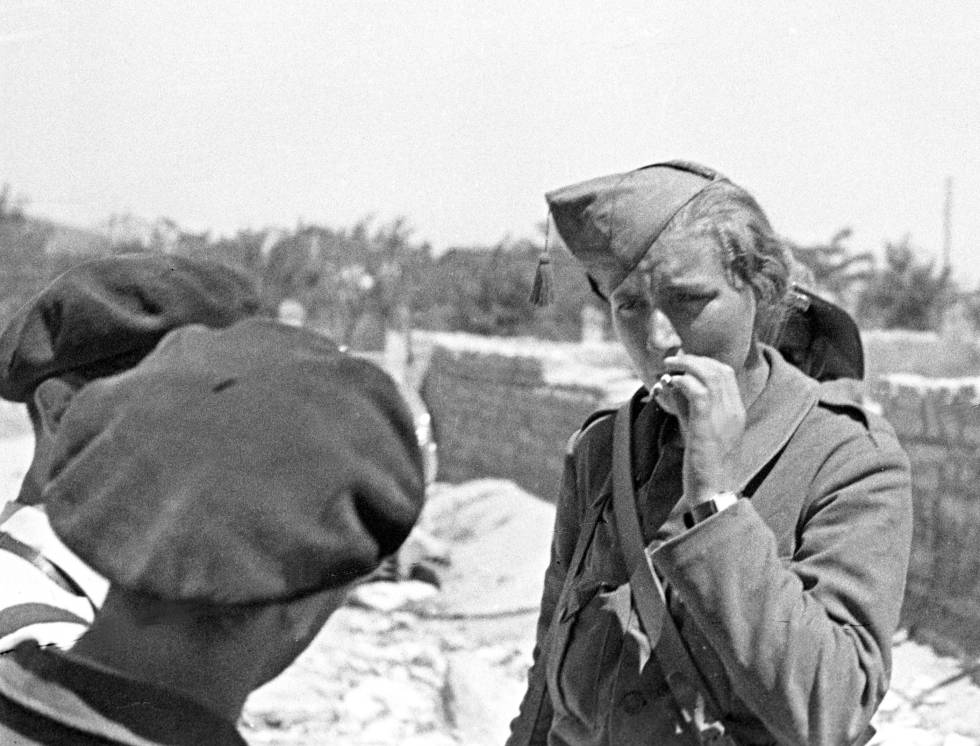 Albert Camus wrote that the men of his generation had Spain in their hearts, that there they knew “that one can be right and still be beaten, that sometimes courage has no reward.” They learned that between 1936 and 1939, in a civil war, the Spanish one, which began with a military coup against a democratic government. For many, it was the chance to defeat fascism in Hitler and Mussolini’s Europe.

The fuse lit beyond Spain after July 18. Some 40,000 men and women from 52 countries came to fight against fascism in the International Brigades. Of these, 2,800 were American volunteers, despite the fact that President Franklin D. Roosevelt chose not to involve the United States in the conflict. More than 700 lost their lives, like Commander Bob Merriman, executed in Gandesa (Tarragona) in 1938. His body was never found.

There were also Americans who collaborated with Franco, such as Torkild Rieber, the president of the Texaco oil company, who from his office in New York violated the neutrality law of his country and sent oil to the nationals.

Madrid was filled with foreign correspondents. Many were staying at the Hotel Florida, in the center of the city, from where they sent their chronicles. Hemingway began his romance there with the writer and journalist Martha Gellhorn, whom he would eventually marry. And there he had and retained them with his compatriot and colleague John Dos Passos.

Adam Hochschild (New York, 1942) brings together the thousand and one stories of Americans in the Civil War in Spain in Our Hearts, recently published in your country and which will soon be published in Spain. Hochschild emphasizes the idealism that moved the young people, most of them communists, from the Lincoln Brigade, where the American volunteers who supported the Republic were enlisted. “Turn back the clock to 1936. The Great Depression had passed in America. In Spain, the king had left power and democratic elections had been held. It was seen with enthusiasm all over the world, because it was the time of Hitler and Mussolini ”, said the author at the presentation of his work last Thursday in New York.

The eyes of the world were on Spain. The conflict deserved close to a thousand mentions on the cover of The New York Times during its three years of duration. “But international journalists tend to spend all their time together and write the same stories because they fear that they will be reproached for having read this or another story in another medium. That is why some stories were not told, such as the collaboration of Texaco with Franco ”, he points out.

Rieber did not even charge the rebels for shipping the crude, something that the engineer Guillem Martínez Molinos discovered decades later by diving into the archives of the old Campsa, according to the book. In turn, he was surprised that the international network of the oil company informed the Francoists of the tankers who were going to supply the Republic so that they could attack them.

The volume also addresses the duel between the correspondents of The New York Times. Herbert L. Matthews was the main appointee to cover the Republicans and William P. Carney, his counterpart with the Nationals. The historian maintains that both sympathized with their respective sides: while one highlighted the deaths of civilians by Franco’s bombings and the support of Germany and Italy, the other emphasized the murder of priests.

Somehow that war had touched their hearts too. The last survivor of the Lincoln Brigade, Delmer Berg, died in California on February 28 at the age of 100. Among those militiamen who lost the war was Maury Collow, a New York student who went to war at the age of 20. Later he would say: “For us it was never about Franco, but about Hitler. If fascism did not stop in Spain, where would it stop? “