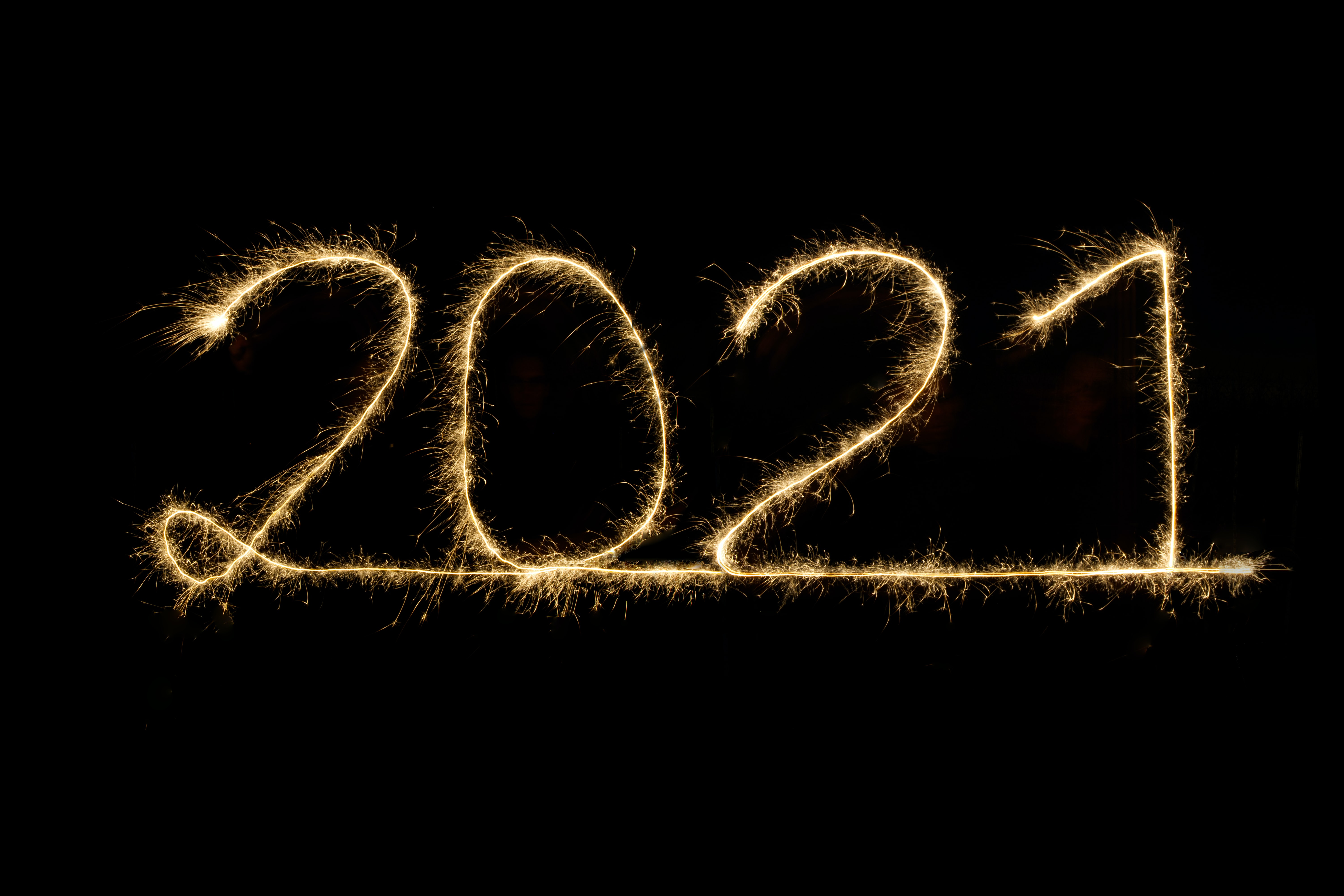 Note to readers: EL PAÍS offers openly the Future Planet section for its daily and global information contribution on the progress of developing countries, the 2030 Agenda and the eradication of poverty. If you want to support our journalism, subscribe here.

In the race against covid-19 there are two speeds. That of rich countries, which have already bought or endorsed enough vaccine doses to immunize their populations several times; and that of the poor: after. Although an international mechanism ―Covax― has been created to guarantee equity in distribution, which has already raised more than 1.7 billion euros, it is not yet sufficiently equipped to face the battle in the market on equal terms. This inequality is what has driven India and South Africa to request to the World Trade Organization (WTO) to suspend intellectual property rights over any technology, medicine or vaccine against this disease, at least until global group immunity is achieved, which the World Health Organization (WHO) calculated in 70% of the planet’s population.

The world map supporting this proposal is also divided into two: the north, which rejects it (Spain among them); and the south, which supports it. The WTO works by consensus and on this occasion the agreement is going to be requested: 99 of the 164 member countries of the organization have been in favor. Also numerous NGOs and civil society organizations they have joined. Tedros Adhanom, director general of the OMS, he was in favor a few days later for the two countries to formally submit their application. “We welcome efforts to expand access to tests, treatments and vaccines like the recent proposal from South Africa and India,” he said. In the industry, the initiative has not gone well. Until the issue is resolved, the clash of arguments and cross statements are guaranteed.

This Thursday the matter will be discussed again in the Council on Intellectual Property Agreements (Adpic) of the WTO to agree on a position for the meeting to be held on December 17, when a decision should be taken. But everything indicates that the most prosperous nations will not change their minds by then. An example of this is the position of the European Union, to which Spain adheres.

“Intellectual property rights should not be suspended, nor is it necessary to do so, since the Agreement on Trade-related Aspects of Intellectual Property Rights in its article 31 already offers sufficient flexibility, through the establishment of a compulsory licensing system special, to be able to face the supply and distribution of medicines and sanitary products during the pandemic of the covid-19 ″, argue from the Spanish Ministry of Industry and Commerce. “There is no evidence that intellectual property rights are a real barrier in relation to drugs and technologies related to covid-19.”

Intellectual property rights should not be suspended, nor is it necessary to do so

Spanish Ministry of Industry and Commerce

EU member countries consider it more useful to finance global funds for the response to the coronavirus than the proposal from India and South Africa, which would only discourage innovation, say sources from Commerce of the Commission. Proof of this is that Europe will allocate almost 16,000 million “for universal access to tests, medicines, devices and immunizations for the disease and achieve global recovery,” they underline. From the institution they recall that “many pharmaceutical companies have publicly committed themselves and are already working closely with governments to ensure that vaccines are available and affordable for all who need them.”

These mechanisms, funds and promises do not ensure equitable access, in the opinion of Irene Bernal, a researcher with the team on access to medicines at Salud Por Derecho. “We are seeing that whoever has the money is the one who has access. Fifty-three percent of the vaccines have been kept by 14% of the population, the rich, ”he argues. “And the companies have limited production capacity. When, then, are the doses going to reach the poorest countries? Suspending patents would allow sufficient large-scale production to better supply the market, ”he argues.

In this sense, European Commission sources indicate that there have been agreements on the expansion of manufacturing capacity. “For example, AstraZeneca has agreements with companies in Italy, the United Kingdom, China and Russia to support the manufacture, acquisition and distribution of vaccines,” they point out. “A technology transfer agreement was also made with the Serum Institute of India to supply doses to low- and middle-income countries. BioNTech is collaborating with Fosun Pharma to supply the Chinese market. And there are other examples ”.

India and South Africa do not think it is enough. The declaration of the Asian country before the meeting of the Council of the Adpic of the 20 of November harshly denounced the position that the northern nations maintain: “On the one hand, these countries are buying as much as possible of supplies that are limited, without leaving vaccines for developing and least developed countries. On the other hand, and very strangely, these are the very ones who argue against the need for the exemption that can help increase global manufacturing and supply to achieve not only equitable, but also timely and affordable access to such vaccines for all countries ”.

Spain is not free from this type of double standard criticism. In a letter to the Government to change its position, Doctors Without Borders and Salud por Derecho emphasize that not supporting the Indian and South African initiative is contrary to what is committed in the Joint Response Strategy of the Cooperation to the Covid crisis. It reads: “Spain will be proactive in promoting intellectual property policies that are aimed at facilitating this universal and equitable access, betting on open, shared, non-exclusive licenses worldwide and not limited in time, especially in what it concerns results derived from public money ”.

“There has been an unprecedented contribution of public funding in the research of technologies, drugs and vaccines against covid-19. With this we are reducing the risk of companies ”, Bernal emphasizes. In his opinion, this is one more reason for temporarily suspending protection on all that knowledge to defeat the disease. It would not be the first time. There are precedents for exceptional measures.

In the case of patents, pharmaceutical companies and other companies have an exclusive right to use and exploit the invention, in this case the medicine or vaccine, for 20 years from its grant. But in 2001, the Doha Declaration recognized the right of governments to take all necessary steps to remove patents and other intellectual property barriers to prioritize public health over commercial interests. It was adopted to respond to the HIV / AIDS epidemic that killed thousands of patients in developing countries because they could not afford to buy antiretrovirals. Especially in South Africa, which is now promoting another revolution in the system. After that agreement, “treatment prices fell from $ 1,000 to $ 100 in a few years,” recalls Raquel González, head of external relations at MSF Spain.

This is an ordeal, a radical proposal for a specific moment in history with an extraordinary situation. The pandemic is and requires exceptional measures because the current system is not prepared

“This is an ordeal, a radical proposal for a specific moment in history with an extraordinary situation. The pandemic is and requires exceptional measures because the current system is not ready, ”says the MSF representative. If they had to make use of the flexibilities of the current regulations, which are sufficient for the EU, each country would individually have to justify and withdraw the patent medicine by medicine, case by case. “It is a cumbersome process and we are in a race against time,” he adds.

The International Federation of Pharmaceutical Producers (IFPMA) considers, however, that “dilution of intellectual property rights is counterproductive” because it “will undermine confidence in what has proven to be a well-functioning system, allowing the industry to partner confidently with academia, research institutes, foundations and other private companies ”. This is stated in a statement. “The industry remains committed to fair and equitable access to treatments and vaccines for covid-19,” he notes.

From Farmaindustria, a member of the global industry association, they maintain that the unprecedented research, with which it has been possible to start nearly 2,200 clinical trials on the disease, more than 1,100 drugs in the testing phase and 350 projects of vaccines “would not have been possible without the existence for years of a predictable regulatory framework, based on industrial property laws and on the existence of patents worldwide to protect innovation.”

Also Read  The 10 richest people in the world doubled their wealth during the pandemic, while 99% of citizens reduced their income

Covax, the bet of the developed world

For Mark Suzman, executive director of the Bill and Melinda Gates Foundation, “in 2021, the world has to focus on maximizing production and distribution in an equitable way.” For technologies, medicines and, above all, vaccines to reach the entire planet at the same time, “funds are needed to negotiate prices and reserve doses.” His bet to achieve this is the international mechanism that has been created for it: Covax, a platform of rich and poor countries to join forces in this line. The objective of this alliance is provide the 187 partners with 2 billion vaccines in 2021, also to the 92 low and middle income who cannot afford to acquire them.

We want vaccines to reach the poor as quickly and cheaply as possible. The AMC guarantees that they have access to cost price

To ensure that countries without resources receive them in equal amounts and at the same time as the prosperous, the Covax Early Market commitment (AMC), a fund that draws on official development aid from donors, as well as contributions from the private sector and philanthropy to guarantee very affordable prices to the most precarious economies. “We want vaccines to reach the poor as quickly and cheaply as possible. The AMC guarantees that they have access to a cost price ”, he explains. Getting it requires money and this piggy bank already has more than 2,000 million dollars (1,650 million euros). “But we are concerned because it is not enough, another 5,000 million are needed to vaccinate 20% of the population in 2021,” he underlines in a virtual meeting with journalists. For this reason, the Gates Foundation will contribute another 250 million dollars (207, euros) to the global response against covid-19, it reveals, which brings the total commitments of the entity to 1,750 million dollars (1,450, euros) .

“The EU has been a leader in supporting Covax AMC,” Suzman stressed. The European Commission allocated 100 million euros to this fund in mid-November. For its part, France donated another 100 and Spain 50. The fear of those who support the suspension of patents is that, even with the support of Covax AMC, there are countries that are left out or everything comes too late. To date, this fund has been made with 700,000 vaccines of the 2,000 million it estimates it needs to fulfill its mission in 2021. This is what González, from MSF, suggests. “We already see it with the Global Alliance for Vaccines[Gavi}:therearethosewhodonothaveaccesstothemCovaxisastepbutweasktogofurther”heends[Gavi}:hayquienesnoaccedenaellasCovaxesunpasoperopedimosirmásallá”termina