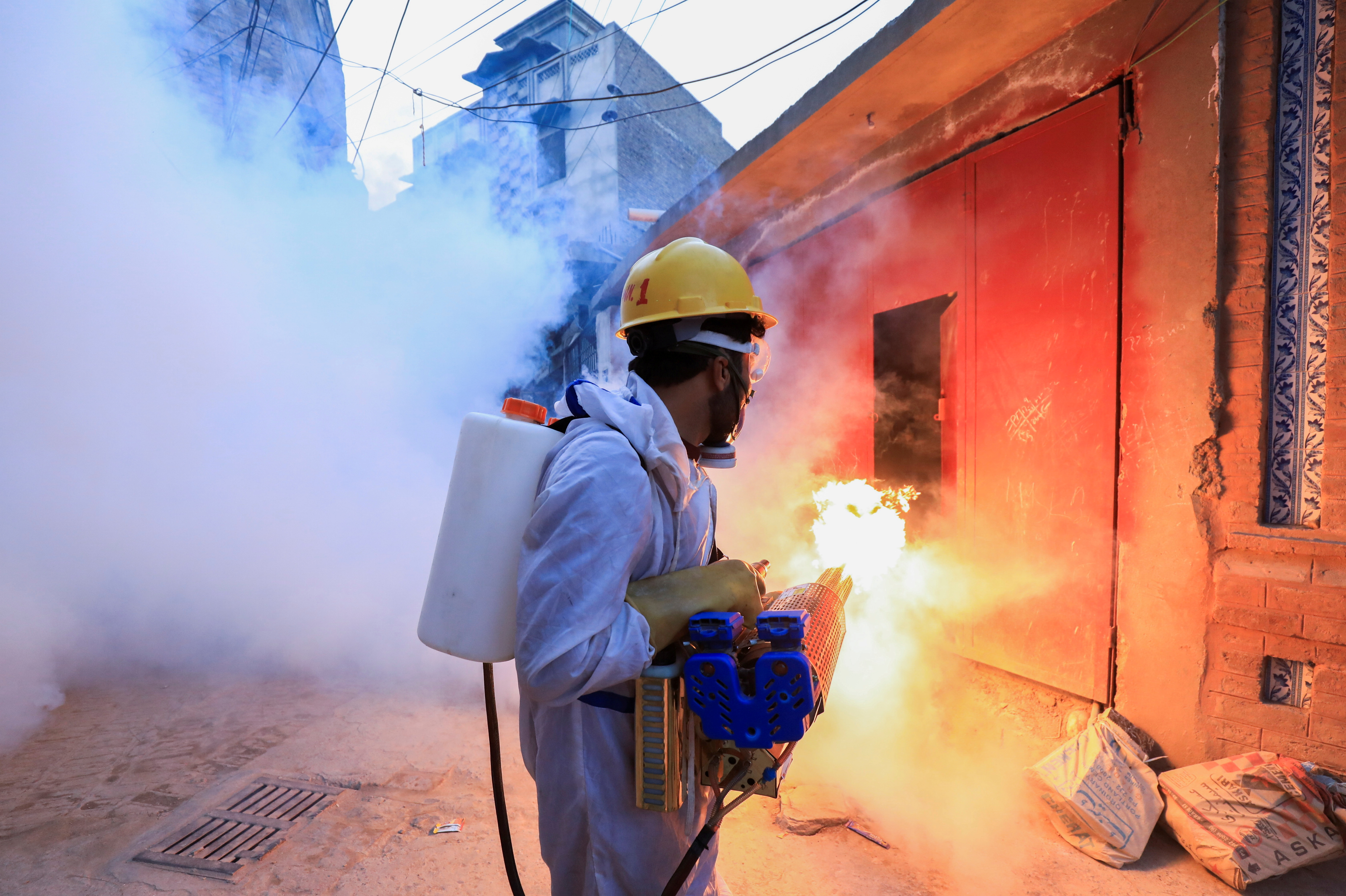 Since 2016, a group of international institutions and researchers have analyzed the impact of climate change on global health every year. They measure it through 44 indicators. They are all getting worse, concludes the latest edition of this study –The Lancet Countdown— which is broadcast this Thursday. Among the dangers that have been detected is the increase in the incidence of certain infectious diseases historically linked to tropical climates. “Although socioeconomic development, public health interventions, and advances in medicine have reduced the global burden of infectious disease transmission, climate change could undermine eradication efforts,” the scientists warn.

The study points out that the “possibility of dengue, chikungunya and Zika outbreaks is increasing in countries with a very high human development index, including European countries.” “The potential for malaria infections is increasing in colder mountain areas in countries with low human development index,” experts say. In addition, “the coasts of northern Europe and the US are becoming more conducive to generating the bacteria that cause gastroenteritis, serious wound infections and sepsis.” And, in countries with the most limited resources, climate change “puts decades of progress toward controlling or eliminating these diseases at risk.”

Ultimately, “no one is safe”, as stated by Marina Romanello, the researcher coordinating the study. “It affects people around the world,” adds this specialist in biomedical sciences. For Dr. Anthony Costello, the executive director of The Lancet Countdown, this report assumes “a red code” on future planetary health.

The study comes less than two weeks before the start of the Glasgow climate summit (the so-called COP26), which will be held in the Scottish city during the first two weeks of November. Coinciding with its publication, the British medical journal The Lancet has released an editorial in which it points to COP26 as “the last and best opportunity to restore the path to achieve net zero carbon dioxide emissions worldwide by 2050.” “Public interest in climate change is higher than ever, in part due to youth participation and activism globally,” adds this editorial. “This should be the health COP, we must talk about how climate change is already affecting our health,” adds María Neira, director of Public Health and Environment of the World Health Organization (WHO), one of the institutions that participated in the study.

The report released this Thursday also warns that the increase in average temperatures and changes in rainfall patterns due to the climate crisis are “beginning to reverse years of progress in the fight against food insecurity.” For example, drought and warm temperatures are affecting the yield potential of the world’s major staple crops. This potential yield fell in 2020 by 6% in the case of corn and 1.8% in that of rice compared to the average for the period between 1981 and 2010. If you look out to sea, the situation can also be complicated. Because the increase in the average temperature of the sea surface that is already being detected poses a growing threat to “marine food security”. “Around the world, 3.3 billion people depend on seafood,” recalls the report. The researchers therefore point to a “growing risk of food insecurity.”

“Climate change threatens to reverse years of progress in public health and sustainable development,” notes the study, which focuses on “concurrent and interconnected risks.” That is, to the coincidence of extreme weather events, the transmission of infectious diseases and food insecurity and lack of access to drinking water. This situation especially hits the most vulnerable areas, the study points out.

But, as Romanello points out, “no one is safe” and the health risks of the climate crisis are not only focused on the least developed countries. For example, the analysis recalls that throughout the planet there are “569.6 million people who live less than five meters above current sea level”, which means that they may be victims of “larger floods, more intense storms and salinization of soil and water ”due to global warming. “Many of these people could be forced to permanently leave those areas and migrate inland,” the study adds.

Also Read  Facebook: the US government's lawsuit against the social network for "monopoly" that seeks to force it to sell Instagram and WhatsApp

The sixth edition of The Lancet Countdown It comes at a time when countries are looking for a way out of the crisis generated by the pandemic. “Many of the current recovery plans for covid-19 are not compatible with the Paris Agreement and, therefore, in the long term, health will be affected,” recall the authors of this research. The study focuses, for example, on fossil fuels, which continue to be subsidized despite the negative effects they have on health and the climate.