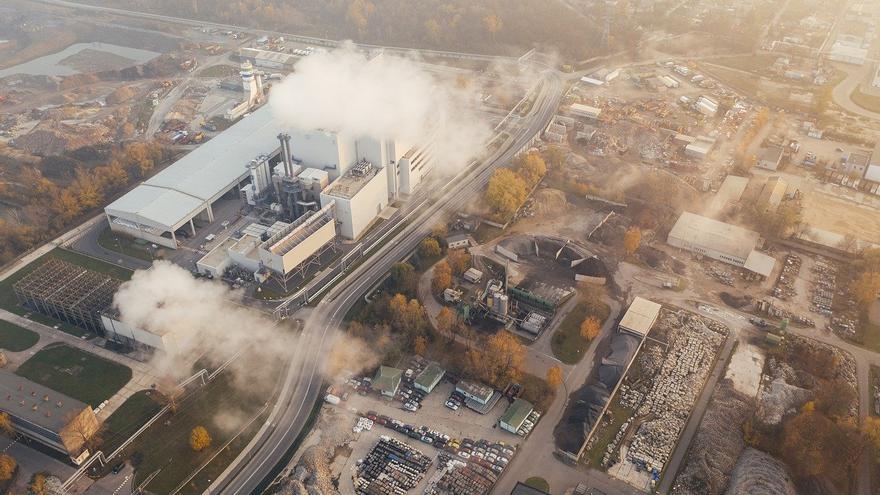 A scientific study that has just been published shows that, in the near future, the warming caused by the reduction of man-made aerosols in the atmosphere will exceed the cooling caused by the expected reduction of CO2. The end result will be an increase in surface temperature and a slowdown in the long-awaited rate of cooling.

The air, in addition to gases, contains a varied mixture of abundant microscopic particles, the so-called atmospheric aerosols. Its origin comes largely from various natural sources, such as plants, volcanoes or forest fires. But also human activities, such as combustion engines, electric power generation or industries generate a significant amount of fine particles.

Conversely, other aerosols can reflect and / or scatter sunlight. As less energy reaches the Earth’s surface, it causes a phenomenon known as global dimming, with various negative effects on the environment and health.

By reducing the latter type of aerosols, not only does the temperature increase (which will mean lengthening the time frames necessary to achieve the objectives of the Paris Agreement), it will also trigger a long-term cooling trend in the North Atlantic.

And, although atmospheric CO2 has an impact on the temperature of the earth’s surface, the role that aerosols play in space-time temperature changes cannot be ignored, point out the authors of the study, published in Science Bulletin, by Ma Xiaofan, Huang Gang and Cao Junji of the Institute of Atmospheric Physics of the Chinese Academy of Sciences.

In his view, a large reduction in anthropogenic emissions is needed to achieve carbon neutrality and the low-warming goal, which means that both CO2 and aerosol concentrations in the atmosphere have to trend downward. in the future.

Furthermore, aerosols can also affect the processes that take place between the sea surface and the deeper layers of the ocean, thus altering the regional characteristics of sea temperature.

To explore the impact of future anthropogenic aerosol reductions on surface temperature, the researchers used the Community Earth System Model (CESM) to conduct fixed aerosol experiments during the 21st century in a low-emission scenario.

They found out that additional warming caused by the continued decline in aerosols in the 21st century will cause the global mean surface temperature to rise over a longer period of time, instead of decreasing after the reduction in CO2 that is expected to register around 2050.

This team of scientists found that, in a low-emission scenario, many regions tend to heat up in the long term due to rising surface temperatures.

However, the subpolar North Atlantic (southern Greenland) shows just the opposite: long-term cooling trends. This phenomenon turns out to be caused by aerosols, since there CO2 plays a secondary role.

Aerosols are slowing down the Atlantic current

Regional differences in temperature changes are mainly due to weakening of the Atlantic Southern Overturning Circulation (AMOC), which is a large ocean current which acts as a conveyor belt for water through this ocean, carrying warm waters from the south to the north.

Due to the reduction of anthropogenic aerosols, the AMOC continues to lose steam since the beginning of the 21st century, causing northward heat transport in the Atlantic to continue to weaken.

Anomalous measurements of cold are accumulating more and more in the subpolar North Atlantic, which consolidates a significant downward trend in sea surface temperatures in this region for the second half of the century.

The cooling of the sea surface further induces the local ocean to absorb more heat from the atmosphere through the air-sea heat flow.

“Our study indicates that when planning a certain pathway to achieving carbon neutrality and anti-warming goals, the important role of anthropogenic aerosols in the climate system needs to be considered“Professor Huang, corresponding author of the study, said in a statement.