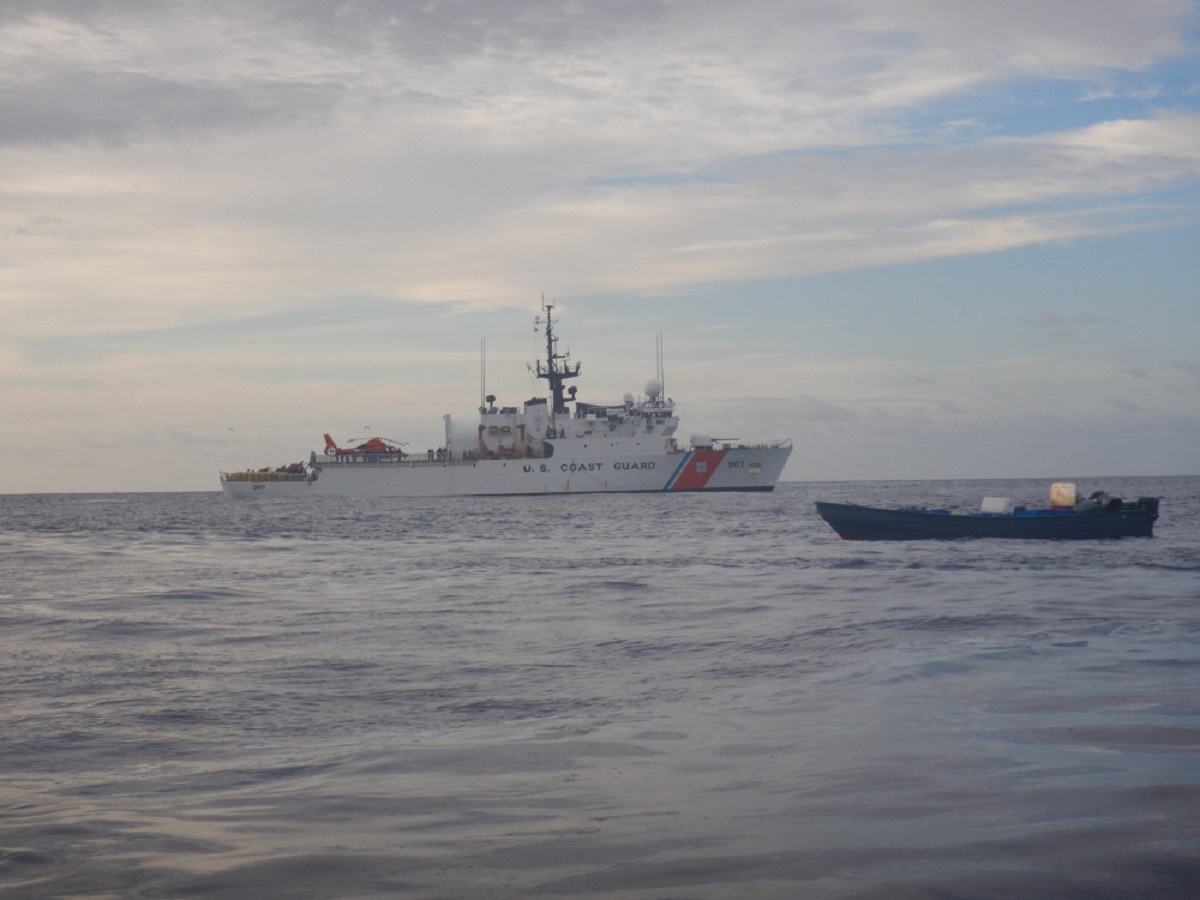 The Coast Guard seized approximately 8,158 pounds (about 3,700 kilos) of cocaine, two pounds of methamphetamine and marijuana, which was a hit, for the combined total value, of more than $ 140 million dollars to drug trafficking.

That same crew also coordinated operations with the Law Enforcement Task Force South of the Coast Guard Tactical Law Enforcement Team that was deployed aboard HMCS Saskatoon, a Kingston-class coastal defense vessel of the Canadian Navy.

“The collaboration supported the seizure … of an additional 2,866 pounds (about 1,299 kilos) of cocaine and the arrest of three suspected smugglers”, the Coast Guard reported. It was not specified which criminal groups the drug belonged to.

He added that a flight crew and an aviation detachment from the Helicopter Interdiction Tactical Squadron (HITRON), based in Jacksonville, Florida, were deployed aboard the Bear for patrol.

“The Bear crew worked in preparation for the anti-narcotics mission, participating in numerous flight operations to recertify the flight crew and improve the proficiency of the crew in helicopter operations on board and ship training,” it added.

The Bear’s crew operations began on January 31, it was said.

“The Bear supported the Navy training exercise while operating off the coast of Virginia and the Carolinas.”, indicated the authority.

The US Southern Command implemented an enhanced plan called Enhanced Counternarcotics Operations in the Western Hemisphere, in order to increase the disruption of drug trafficking.

“It has been an extremely successful deployment and the crew met every challenge head-on,” he said. Jeff Ferlauto, the Bear’s commanding officer. “I realize that our personal life and our devotion to duty are in constant tension.”

With this operational approach against Transnational Criminal Organizations (TCO)As the cartels are known, it seeks to focus on drug seizures, which has resulted in members of that team having participated in at least 60 percent of the location of drug vessels in 2020.

The Coast Guard’s work is coordinated with the Navy, Customs and Border Protection (CBP), the FBI, DEA, and Immigration and Customs Enforcement (ICE) and local law enforcement agencies.