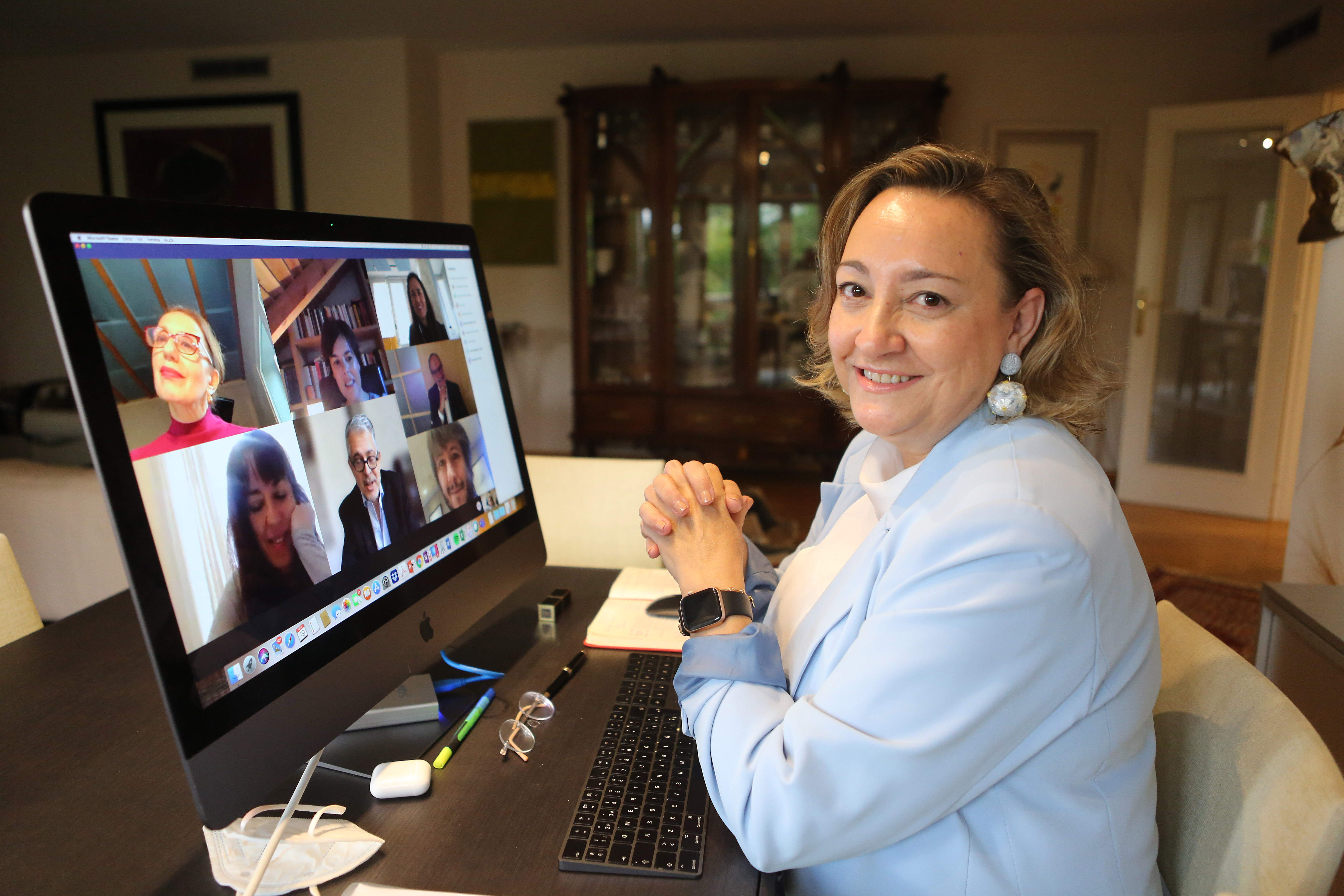 María Teresa Ronderos, a 61-year-old Colombian journalist, is clear that collaborative journalism is what allows to tell complete stories, those with international connections that go beyond borders and offer an accurate map of what is happening in the world. It is the example of the report Transnationals of faith, an exhaustive investigative work on the evangelical political power and the fundamentalist agenda that is being implanted in Latin America carried out by 16 journalists from different media and that has been awarded with the Ortega y Gasset in the category of Best History or Journalistic Investigation.

Coordinated by the Latin American Center for Journalism Research (CLIP) and Columbia Journalism Investigations, Transnacionales de la Fe, published simultaneously in August 2019, delves into the growing influence that the Evangelical Church is achieving in the spheres of power in Latin America and how their conservative agenda is dictating some of the policies in these countries.

The Latin American Center for Journalistic Investigation was founded by five female journalists who love investigative and denouncing stories. Giannna Segnini (Costa Rica), Marina Walker Guevara (Argentina), Natalia Viana (Brazil), Emiliana García (Argentina) and María Teresa Ronderos (Colombia) met a year and a half ago to unleash their shared dream of reporting that crossed the borders. Ronderos, director of CLIP, assures that the objective is to work on complete and transnational investigations, which cannot be counted from a single country. “Only a complete map with pieces made by journalists who have their own sources in each country allows us to have a powerful story. It is time to have eyes in many countries to complete a map that is as true and real as possible, ”says Ronderos.

CLIP’s first work was Transnacionales de la Fe. “We were very struck by the change that occurred with the arrival of Donald Trump to the presidency of the United States and advisers to the White House of evangelical pastors with a highly questioned trajectory in Latin America, where a very powerful infrastructure already existed”, recalls the Colombian reporter. And he adds that Trump’s influence on the political power of the Evangelical Church “has been enormous and its leaders, endorsed by the US president, have exported the fundamentalist agenda throughout Latin America. There are the speeches on gender ideology, policies against abortion, the persecution of homosexuals and many other things, ”Ronderos denounces. This work has allowed important findings, says the journalist, such as the existence in Peru or Mexico of schools to correct the sexuality of homosexuals, which are “true torture camps.”